In September, Hurricane Irma devastated the Caribbean and Florida, killing at least 82, leaving thousands homeless and millions without power. Irma was one of the most powerful hurricanes in recorded history to come over the Atlantic Ocean. However, it may be far from an anomaly. Scientists have long predicted that global climate change would lead to more frequent and more intense natural disasters, leaving many speculating that Irma could simply be the new normal.

This makes access to information more important than ever, as the ability to receive information during, and in the immediate aftermath of, an emergency plays a critical role in one’s chances of survival and recovery. Nevertheless, despite their vulnerability, many Caribbean nations still lack the proper technological infrastructure to fully inform all their citizens. Economic development will be essential to mitigating this information gap, and would assist these nations’ ability to advise their citizens during such cataclysmic events.

The 2013 World Disasters Report, prepared by the International Federation of Red Cross and Red Crescent Societies (IFRC), regards access to information as a basic need in “at-risk communities,” or communities most likely to experience natural disasters. Those who wield the technological resources necessary to retrieve vital updates from governmental institutions and emergency response centers in times of crises are more able to prepare for oncoming disasters in a timely manner. Whereas “information starved” individuals, typically those living in impoverished areas, are typically forced to rely upon secondhand information from friends or neighbors, which could very well be inaccurate or outdated and lead to inadequate preparation. To put it plainly, people with internet access are less likely to die during a natural disaster than people without.

Caribbean nations are certainly not the worst in terms of internet access. Most have usage rates between 50% and 70% of their population, barring a few exceptions like Grenada (38.8%) and Haiti (12.1%). Nevertheless, this still leaves millions of islanders without any personal capacity to obtain information online. Given that Caribbean nations are some of the most disaster prone worldwide according to the 2016 World Risk Index, having so many people without internet represents a massive loss of potential to inform citizens about flood warnings, evacuations, water contamination and so on.

Hurricane Irma’s hefty toll on the Caribbean was made all the worse when considering how many islands lack adequate infrastructure for even the most basic telecommunications, thus allowing the storm to severely impede their ability to communicate with the rest of the world. After Irma, no one was able to make contact with Barbuda for over 12 hours, meaning Barbudans were left in the dark for half a day following the hurricane. The island has over a thousand people living on it and experienced 95% structural damage during the storm. There should be no reason why its inhabitants should have to wait so long to reestablish contact with foreign countries, let alone its sister island Antigua. Such failures needlessly delay recovery efforts and place many lives at risk.

This is not an innovational issue, but a developmental one. The technological remedies needed to improve access to information in the Caribbean already exist. The question that remains is how we make said technology more widely available to the people living in the region. Foreign aid might be the first answer than comes to mind, but this is not a reliable nor long-term solution. After all, telecommunications are continually advancing, so dependency on outside funding would eventually result in outdated infrastructure. Instead, the answer lies in economic growth. Wealthier countries naturally have better-off citizens, who are more able to afford devices such as cell phones, laptops, Wi-Fi routers, as well as disaster-related technologies like generators. When such growth occurs, access to information becomes far more widespread.

So what could foreign countries do to stimulate the economies of the Caribbean? First, they could establish free trade agreements, which would allow Caribbean industries to sell their products to a much broader customer market compared to their current domestic markets. For instance, Haiti’s textile manufacturers have benefited greatly from the Haitian Hemispheric Opportunity through Partnership Encouragement Act of 2006, which has allowed employment to grow in the country despite its agricultural sector being in decline. Additionally, maintaining foreign direct investment in the Caribbean’s tourism industry will grant many islands the opportunity to continue to develop through these disasters. Approximately 90% of St. Martin’s economy relies on tourism, and many other islands, such as Barbuda, also heavily depend on a strong tourism sector to thrive. The quicker their resorts and small businesses are able to recover from Irma, the sooner tourists will flock back to the area.

Fortunately, tourism is on the rise in the Caribbean. Hopefully this trend will remain regardless of the increasing amount of hurricanes afflicting the region. Only through economic growth will more people in the Caribbean be able to acquire technologies that improve access to information. With more Irmas on the way in the coming years, having better access to information will be crucial to the survival of the region’s inhabitants. This recent storm was simply another reminder. People deserve to know the dangers they face in times of crises. With the right approach, this can become a reality for all people of the Caribbean.

*[Young Professionals in Foreign Policy is a partner institution of the Fair Observer.] 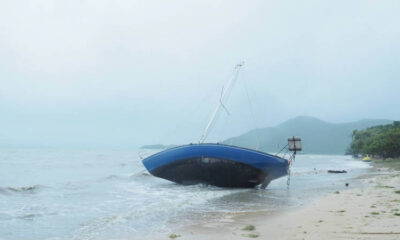 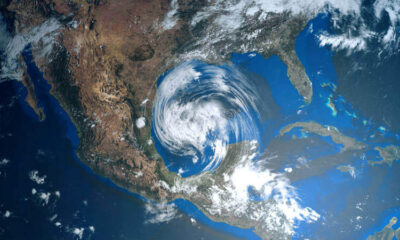