In light of increasing gold prices on the world market, the actual commitment under-pinning Guyana’s agreement with Norway to save its rainforests, which also includes an obligation to protect the rights of indigenous peoples, can be questioned.

The unprecedented high price of gold on the world market is leading to rapidly increasing pressure on land that may contain the precious metal. In Guyana, as in a number of other Latin American countries, this price development has led a large portion (10%) of the workforce into mining. In 2012, the country reported its highest gold production in history, increasing some 20% from 2011. The mining sector now accounts for as much as 10.7% of the country’s GDP. However, concurrent to the mining industry’s potential of providing economic wealth, it also stands for 97% of the annual deforestation in the forest covered country. In other words, it has a similar potential of destroying the wealth related to a healthy environment, including ecosystem services and biodiversity.

In 2009, an agreement was signed between Guyana and Norway to provide an economic incentive for Guyana to keep its forest standing. The agreement was born out of raising global awareness about deforestation as a major contributor to climate change, and the associated idea of “Reducing Emissions from Deforestation and Degradation” (REDD+). Norway will provide up to USD250 million before 2015 to avoid deforestation in Guyana and to implement the country’s Low Carbon Development Strategy. By entering onto this low carbon development path, Guyana showed a level of courage that is rare for a developing country. The decision could be seen as a commitment to develop the country’s economy on the back of the growing international economic valuation of a healthy environment, rather than on environmentally destructive resource extraction. Developments since 2009, however, have put into question the nature of the underlying motives in Guyana.

In the agreement with Norway, it is acknowledged that Guyana must be allowed some deforestation as a result of infrastructure development and the work of its forest dependent sectors (i.e. mining and forestry). However, one of the indicators that must be met in order to receive payments is a visible commitment to make these sectors more sustainable. In the latest independent report evaluating the agreement that was released in December 2012, it was concluded that Guyana failed to meet this indicator. The government was found not to have worked with the relevant sectors to implement measures for reducing their negative impacts on forests.

Another development suggesting that Guyana places more importance in extracted minerals than in standing forest, is the number of mining concessions that are currently being granted. Since mineral property maps are not easily accessed by the public, this development has only gained attention recently as several indigenous villages have experienced the entry of external miners on their traditional and titled lands who claim to have state-granted concession and claimsthere. In addition to exposing the prevalence of mining, this shows that Guyana is violating another condition – which obliges it to respect the rights of indigenous people — in its agreement with Norway. Consequently, it could be assumed that Norway would address the situation by withholding payments. However, aware of the failures to fulfill the agreement, the country announced a third tranche of funds for Guyana in December 2012. This suggests that Guyana will be allowed to continue developing its mining sector, in a socially and environmentally unsustainable manner, while simultaneously maintaining an international reputation as a committed protector of the environment and its indigenous peoples. However, recent events show that there are strong forces in the country that will challenge such a development.

A Physical and Legal Struggle for Change

Recently, the indigenous village of Kako in Upper Mazaruni discovered that the territory they traditionally occupy and use has been excessively granted by the state as mining concessions and claims. Most of these mining concessions surround the head of the Kako River, which is the village’s only source of fresh water and used for drinking, washing, and fishing. When the first miner attempted to pass the village with her mining equipment in July 2012, the residents were alarmed and made a physical blockade in the river, preventing her from passing through. After being stopped again on her next attempt, the miner filed an injunction with the High Court to prevent the village from hindering her safe passage through the river. This injunction was granted in September 2012.

In light of the legal standing of the matter, the residents of Kako are profoundly disturbed by what this means for their future.Sitting still and watching the developments, which the injunction now obliges them to do, is especially hard since, as a villager says: “Allowing one miner paves the way for others to come.”  Many residents tell that they are having sleepless nights and interpret the added stress as a cause of their increased blood pressure. The head teacher also reports that many of the children are traumatized; both attendance in school and the general academic performance have gone down.

Nevertheless, the people of Kako express a resolute commitment to fight for what they know is right for the future: “The people of Kako are united and willing to fight.” For years they have hunted, fished, and farmed within these lands. “This is our life, one in which we are happy and content. These lands are a part of who we are as a people and filled with stories which have been passed down from our fore parents,” says the village secretary Beatrice Hastings. Taking into account Guyana’s international commitment to preserve its forests, for which the former President Bharrat Jadgeo has been praised as a guardian of the earth, the village is very confused by the recently discovered mining plans for their area. A young man exclaims that: “We have kept this nature for so many years, we are the real champions of the earth.” Others emphasize that money is not all: “What is happening now is not development.”

The views and commitment currently expressed by the village of Kako stand out in a context where an increasing number of people are involved in mining activities because of the quick economic reward it offers. Even some indigenous communities explain that they feel pushed to take up mining by the increased presence of outsiders. When realizing that there is no way to stop external miners — who benefit from destroying their lands — they say that the best they can do is seek some benefits from the activity as well. However, the fight taken up by Kako can prove to be the beginning of a greater resistance towards the seemingly unchecked growth of the mining sector in Guyana. The media attention created around the case has already spurred support among the country’s indigenous people, many of which face similar problems, and from international human rights organizations.

Future developments depend on the level of national and international attention maintained. It must be brought to the fore that contrary to the injunction — ruling that these people have no right to protect their ancestral home — the mining concessions and claims given out in Kako are in fact violating prescription of the country’s Constitution (Art. 36), the Environmental Protection Act (Art. 11), the Mining Act (Art. 111), and Guyana’s international obligations on human rights. It would consequently be expected that Norway holds Guyana accountable for the violations of the two countries’ agreement when it comes to a sustainable mining sector and the rights of indigenous peoples. Colombia: A Step Back for Gay Marriage 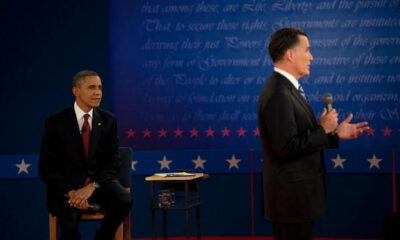 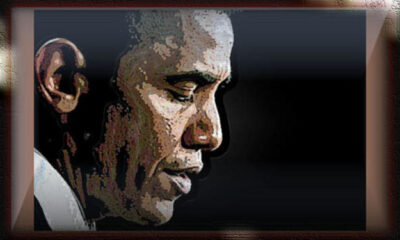