El Salvador is among the nations that Donald Trump dubbed “shithole countries” and whose immigrants he seeks to deport as quickly as possible.

Even during his election campaign, US President Donald Trump described immigration from El Salvador and other Central American countries as an “invasion” of criminals, murderers, rapists and drug dealers.

The number of migrants arriving in the United States from El Salvador almost trebled between 1990 and 2016 and, with an estimated total of 1.4 million people, makes up the second biggest Latin American immigrant population. From some 6.4 million Salvadorans, around a fifth lives in the US. And despite the antagonistic comments emanating from the White House, new groups embark on the life-threatening journey to their northern neighbor every day.

They flee in search of security, improved quality of life and work. Around a third of El Salvador’s population lives in poverty and rural poverty is particularly high. In addition, the population there is at risk from organized crime and gang violence. Although the murder rate has dropped slightly in recent years, El Salvador still numbers among the nations with the most murders worldwide.

The drug trade is largely to blame for this, tempting people with the chance to earn quick cash despite the precarious economy. El Salvador serves as a transit route for cocaine from Colombia and other South American countries, which is then smuggled via Mexico and onto the United States.

Legacy of a violent past

But it wasn’t the drug trade that introduced violence into El Salvador. In fact, the country’s history was extremely bloodstained over the last hundred years with the repression of uprisings, mass murders of indigenous people and a cruel civil war between a military dictatorship and left-wing forces that united in the Marxist revolutionary movement, Farabundo Martí National Liberation Front (FMLN).

More than 75,000 people were killed between 1980 and 1992, thousands more were tortured and abducted, and displaced more than a million Salvadorans. The US played an important role in this civil war. The government under Ronald Reagan supported the military dictatorship of José Napoleón Duarte with weapons, military training and advisers.

After the 1992 Chapultepec peace agreement, the FMLN was demobilized and transformed into a political party that has been in power for 10 years. But El Salvador is deeply divided both politically and socially. Not only the left-wing FMLN, but also the second leading party, the Nationalist Republican Alliance (ARENA), is a former military party in the tradition of the former civil war opponents. In the last parliamentary and local elections in March 2018, the FMLN suffered one of its biggest defeats so far. The next presidential elections are slated for February 2019.

Many voters are disappointed because the government has failed to live up to its social promises, such as boosting education budgets, improving its democratic credentials or investigating civil war crimes. Economic growth has stagnated in recent years and many sectors are dominated by a few companies.

El Salvador has no significant resources and little industry. The most important agricultural export product is still coffee, which is blighted by fluctuations in global market prices. Due to weak economic growth rates, the FMLN has financed government spending with credit. In the last eight years, El Salvador’s public debt has risen by almost 60%. Since the introduction of the US dollar as its official currency in 2001, the country no longer has the option to operate its own monetary policy and depends heavily on external inflows of funds.

Economic growth in recent years was mainly driven by private consumption. The role of remittances from Salvadorans living abroad is described in the Bertelsmann Stiftung’s BTI 2018 Country Report on El Salvador: “For those who remain, remittances have been a godsend and have propped up the entire economy.” The transfer payments from US-based migrants back to their relatives in El Salvador make up one-fifth of the gross domestic product. Salvadorans without family in the US, however, remain poor.

Most of the Salvadorans who escaped during the civil war live as illegal immigrants in the United States. However, part of this population also benefits from the Temporary Protected Status (TPS), introduced in 1990 amid pressure on George H.W. Bush’s government from immigrant organizations and religious groups seeking to protect new arrivals who could be at risk due to natural disasters or armed conflicts if they were to return to their home countries. Under TPS, they were granted temporary residence and were covered by employment law. Following two fatal earthquakes in 2001, Salvadorans were able to apply for this status.

Around 200,000 Salvadorans in the US are protected by this special agreement. But President Trump’s government halted the TPS program for Salvadorans in March this year, announcing the refugees would be deported. But at the end of October, a court in California forced the US government to defer this plan until September 2019 amid an ongoing lawsuit, challenging the removal of their protected status. The case is based on the racist and thus unconstitutional attitudes that led to the program being shelved. In particular, it cites the president’s “shithole countries” statement made earlier this year.

The mass deportation of migrants from the US will exacerbate El Salvador’s already tense social fabric. People, who have often lived away from home for many years, return and end up feeling like immigrants in their own country. Meanwhile, gangs, which were created in the US, move to El Salvador and fuel the local violence.

Above all, however, the country’s economic outlook will continue to deteriorate without remittances from migrants living in the US. “[T]he recent upsurge in anti-immigrant sentiment in the United States that will be translated into stronger border protection measures means that emigration will become more difficult and less frequent,” predicted the BTI in 2018. “Reduced emigration will have a negative impact on remittance flows as second and third generations Salvadoran living abroad tend to send less money back to their ancestral country.”

But as long as there are no structural changes in El Salvador to fight social inequality and violence or to improve education and employment opportunities, emigration remains the only hope for a better life. That applies to those who are setting off into the unknown as well as to those who are left behind. 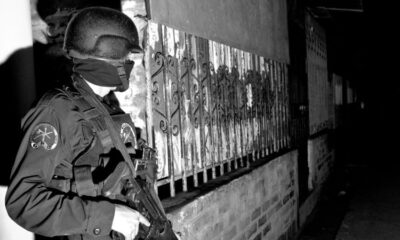 Did the US Start a Gang War in El Salvador? 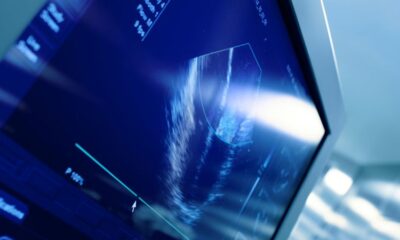