In the past, Moscow stated receptiveness to a diplomatic solution, as long as the resolution is in its favor, and both sides agree to a plausible reintegration blueprint.

On June 22, the United Nations General Assembly adopted a Moldovan-drafted, non-binding resolution that encouraged the unconditional removal of the Operational Group of Russian Forces from Transnistria. The General Assembly offered the largest international platform to spotlight an often demanded yet symbolic ultimatum that certainly struggles for completion under the current political balance.

Moldova is entitled to foment continued international support of its position against Russian belligerence, but the UN resolution has a domestic political purpose as well. Reprimanding the Russian Federation over its lack of adherence to global principles may be cognizant in liberal democratic and pro-European orbits. However, it presents little benefit when 5+2 talks (5: Russia, Ukraine, the European Union, the Organization for Security and Cooperation in Europe, and the United States and 2: Moldova and Transnistria) are at their most constructive. A time has come to focus on strategy and benchmarks instead of tactics.

The General Assembly vote was framed as a diplomatic victory over Russia. This is a hyperbolic assertion. On the basis of numbers alone, 83 member states abstained, and 15 others, along politically ideological lines, voted against the resolution. In context, 64 favorable votes require clever framing to be accepted as triumph at the international level. A 2017 decree passed by the Moldovan parliamentary assembly acknowledged the symbolism of such actions and recognized removal of the Operational Group would not happen quickly.

Chișinău understands that the recent vote is solely for multidimensional optics that play well domestically and abroad. It is a signal that expresses continued allegiance toward a Europeanization of Moldova’s future in a transnational community anxious over Russian neo-imperialism and interference.

A diplomatic triumph over a bellicose international power provides advantageous opportunities for internal affairs in Moldova. Interpreting the UN resolution as an ideological victory offers functional political capital to the Eurocentric coalition of parties ahead of parliamentary elections in November. An internationally recognized declaration of intent to turn away from Russian interests and mandate that the Operational Group depart sovereign Moldovan territory bolsters the image of a united front, at least to the global community. It is perceived that if modern liberal democratic states acknowledge and support Moldovan-led decisions that domestic espousal of pro-Russian rhetoric will be condemned as unprogressive.

Moldova’s Prime Minister Pavel Filip is presented with the ability to frame the “diplomatic victory over Russia” as an indicator of the strength of the Eurocentric movement and, in this context, depict liberal democratic interests as more capable of distinctive results. Nevertheless, incongruous opinions over the removal of Russian forces permeate the highest levels of governance. Igor Dodon, the country’s mostly ceremonial president and member of the pro-Russian Party of Socialists of the Republic of Moldova (PSRM), voiced his dissatisfaction at the General Assembly resolution. He interpreted it as further hostility toward the Russian Federation. Dodon presents the deployment of Russian forces around Cobasna as integral to stability, and this context appeals to those hesitant of additional regional volatility.

The PSRM continues to benefit from growth of popular support and, subsequently, offers a wide difference of opinion from Filip, the Democratic Party and other Eurocentric organizations. This is significant as the PSRM continues to lead in early polling months before the election. Domestic concerns will dominate the upcoming vote, but geopolitical influences continue to permeate questions over Moldova’s future. Nuanced diplomacy is required.

Why Poke a Sleeping Bear?

Russia will continue to pursue a policy of managed stability in Transnistria as long as blocs of politicians promote favorable interests and policies in Chișinău. Divided opinion over the future of the Operational Group allows Russia to carry on with the status quo. The Kremlin easily argues that regional stability and security of armaments overtakes political grandstanding or squabbling cultivated in a Russophobic climate. Any further destabilization in the region close to the southern Ukrainian border would be unfavorable to an already tarnished Russian reputation in its former Soviet regions. As a result, it is worth questioning whether poking the proverbial bear is a worthwhile tactic when results are predicted to be futile. It offers political capital for domestic consumption in Chișinău, but it does little to recognize ongoing territorial reintegration efforts.

Disinformation and partisan interpretations are typical of investigations exploring interactions between the Kremlin and former Soviet republics. Nevertheless, key factors pertinent to the resolution of this frozen conflict must be noted. Russia does not recognize the sovereign status of Transnistria, unlike its protectorates in the South Caucasus. Concomitantly, Moscow continually dismisses appeals from Tiraspol to be annexed into the Russian state and exhibits disinterest at such solicitations.

In the past, Moscow stated receptiveness to a diplomatic solution as long as the resolution is in its favor, and both sides agree to a plausible reintegration blueprint. Russia is a supportive party to the 5+2 talks and tolerates the EU Association Agreement with Moldova, including Transnistria, which came into effect in 2016. Moscow understands that such a trade agreement would shift the trajectory of Tiraspol’s potential toward Eurocentrism, yet this is not a concern at the current time. Political culture and leverage remains strongly in Russia’s favor.

Russian opposition to the removal of its armed forces and peacekeepers from Transnistria depends on the political leverage established by military bases in the near abroad. Although Russian officials signed, and at times left unratified, international agreements to divest its arms depots in Moldova, they continue to stall the process. Russia insists that its peacekeeping directive will reach completion once the remaining 20,000 tons of munitions are liquidated, but it is yet to demonstrate a proactive proposal for closure.

Subsequently, the logical contention remains that peacekeeping forces and the Operational Group are required for security purposes. Logistical impediments to the withdrawal of troops and armaments grant the Kremlin another motive to delay any further actions on this matter. Once again, Moscow can play the security card over a corridor arranged between Chișinău and Kiev. Removal of minimum quantities of ammunition from the autonomous region suggests the only logical reason for this failure is that it makes little sense to relinquish political influence for naught.

An established and continued military presence in the disputed territory ensures political leverage in Moldovan internal affairs, and it is problematic to willingly relinquish this advantage. Nevertheless, support for diplomatic discussions indicates that the Russia recognizes political influence manifest in various arrangements. A transition to a more palatable form of leverage rather than a reliance on archaic military mechanisms is possible and attractive.

Further, it seems prudent to resolve a small frozen conflict in a patron state reliant on Moscow for economic survival when the ruble is unstable, and Russia remains involved in complex active military campaigns. The Russian Federation has deep concerns over its international image. Thus, a collaboration on the peace agreement and a shift away from hard power in this one instance confers a different avenue toward an impact in Moldovan politics.

The combination of Russian support for the 5+2 talks and a lack of entrenched ethnic animosity indicate this frozen conflict presents strong odds for eventual resolution. It is argued that Tiraspol would renounce its secessionist status under auspicious arrangements focused on a special status within Moldovan sovereignty. Similar constitutional rights are applied to the pro-Russian region of Gagauzia. Moscow favors the implementation of a federalist system, but further decentralization of authority could result in difficulties of governance in a geopolitically partisan state.

Reunification and integration projects are equally as important as any constitutional changes. Moldova and Transnistria must engage in a period of nation building and development of a lasting national character if success depends on a bottom-up approach. The “package of eight” protocols from recent 5+2 talks proposes cooperation between Chișinău and Tiraspol over the accreditation of Transnistrian documents, telecommunications, freedom of movement as well as judicial concerns. Physical manifestations of unity, such as the reopening of a bridge connecting Gur-Bikului and Bychok villages over the Dniester River, are essential elements too.

In May, the 5+2 met in Rome and expressed commitment to continue the resolution process. These agreements and their implementation demonstrate the political will required for the reintegration of Transnistria into Moldovan territory.

Moldova faces internal challenges as well. Stronger state institutions are required to be seen as a beacon of growth and political security during the reunification process. Chișinău struggles to fulfil the Copenhagen criteria needed to advance its possible EU membership and exhibits difficulties when it comes to the rule of law. For example, European lawmakers express deep concern over the current legislative crisis stemming from the annulment of the Chișinău mayoral election results. Tiraspol is entitled to suspicions that its decisions as a special status region face invalidation, and this presents an impediment to reunification.

Circumstances place Moldova in a complex geopolitical situation. Although it aspires to turn westward, the post-Soviet state cannot afford a dysfunctional relationship with Russia. Chișinău must retain firm positions, but it is tactically unwise to vex Moscow for little perceptible value, especially in a period of preliminary diplomatic results.

Russia will not shift its strategic culture toward the Western powers, and the option to maintain the status quo in Transnistria remains if Moscow is goaded. The OSCE indicated that the removal of Russian servicemen could occur only after a myriad of other reintegration issues are solved. It makes little sense to focus international attention on the most dramatic barrier to reintegration when it is a step that must be dealt with later in the process. In this context, the UNGA motion imparts more domestic political ammunition than directives for diplomacy.

The strong political will required by all parties to resolve the Transnistrian stalemate should be focused on tangible benchmarks rather than hollow international resolutions. Discussions over the removal of the Russian Operational Group offer provocative and timely international attention as tactics, but this diverts political discourse away from the arduous process of actual resolution. 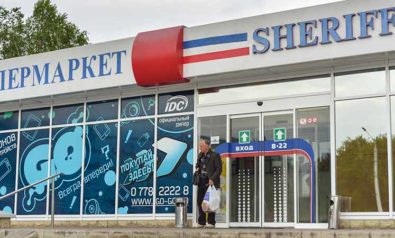 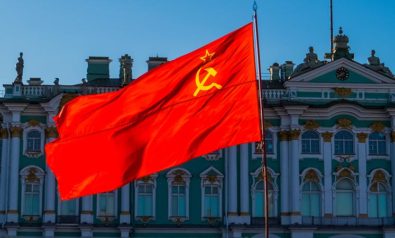 The Modern Racism of the Post-Soviet States