Moscow begrudgingly permits regional power play in exchange for North Caucasian security, but at what point will it clash with its internal security framework?

Two months of contentious ethno-politics between Chechnya and Ingushetia, which prompted extended public demonstrations in the Ingush capital Magas, culminated legally on December 6. The constitutional court of the Russian Federation ruled in favor of the legitimacy of a controversial territorial exchange agreement between the two North Caucasian republics. This ruling conforms to current Russian political arrangements, however, it prefigures Moscow’s attitude toward future changes to North Caucasian borders.

As long as a pro-Kremlin strongman like Chechnya’s President Ramzan Kadyrov can overpower and outwit neighbors without overt force, expansionism based on ethnic allegiances is acceptable. This plan of action can only go so far before it becomes too heated to handle by federal courts.

Background information is key to understanding how a territorial swap in Russia’s inner abroad reached the constitutional court in Saint Petersburg. Members of the Ingush opposition filed a case with the Ingush constitutional court to overturn the ratification and implementation of the new administrative boundaries. On October 30, the court struck down the agreement between Kadyrov and Ingush President Yunus-Bek Yevkurov. They found the deal unlawful, given that a referendum is required to decide matters of territorial integrity in the republic.

Following the decision, Yevkurov reacted by taking the case to the Russian constitutional court, optimistic that it would strike down the ruling by his own constitutional court. On November 27, the highest court in Russia began its deliberation on the provocative agreement. In Ingushetia, protests occurred in the largest city of Nazran. According to reports, the case heavily favored Chechen arguments as they presented more speakers and onlookers in the courtroom. Speaker of the Chechen parliament and close associate of Kadyrov, Magomed Daudov, made an appearance to argue in favor of upholding the new law.

Ingush interests were represented by Ramil Akhmetgaliyev, a human rights lawyer from Kazan who had received threats to his own health and his family’s safety prior to the proceedings. The head of the Ingush constitutional court, Ayub Gagiyev, refused to take part in the hearings, contending that matters of republic territorial integrity are to be decided by the republics and not federal authorities.

The December 6 ruling explicitly stated that the Ingush constitutional court had no authority to cancel the deal. Kadyrov quickly expressed contentment at the ruling, as expected. While the court’s decision may be the end of the road for legal challenges within Russian law, it surely does not represent a conclusive settlement for Ingush discontent or North Caucasian territorial integrity in general.

As noted, the ruling by the Russian high court was predictable. The Kremlin demonstrated quiet support from the start, as the deal was ratified in front of Vladimir Putin’s presidential envoy to the North Caucasian federal district, Alexander Matovnikov. On the other hand, the strength and duration of Ingush opposition protests may have surprised the Russian leadership. Resistance to the land swap was foreseeable, as cartographers opine that Russia’s smallest republic forfeited 26 times more territory than what it received from its Chechen neighbor. The latest judgment could easily ignite further tensions.

Further, Moscow pursued a wait-and-see approach that stifled any major protest incidents from taking a more severe tone. The Russian leadership recognized that it would be best to observe quietly rather than ignite any sort of situation that could upend its arrangements of political security. It is a strong postulation that Moscow knew from the outset that the new territorial boundaries would remain unchallenged and, thus, required little obvious involvement. This approach permitted Kremlin-backed Kadyrov yet another opportunity to expand his regional power over a smaller neighbor presided over by a weaker political leader.

While Yevkurov also has the Kremlin’s backing, his position is not as influential regionally. He was the highest-ranking public official going through the hoops to ensure the continued implementation of the newly established borders. Both him and his republic had the most to lose in comparison to the gains attained by Kadyrov. This is the most obvious way in which the Chechen president undermined his Ingush counterpart’s authority. Kadyrov will continue to govern in his strongman style while Yevkurov struggles to regain political legitimacy in the eyes of the Ingush people. A basic understanding of political will determines that there will perpetually be citizens upset with new laws, but events rarely escalate so quickly. Rallies that decried a lack of trust in the government and continued calls for Yevkurov’s resignation demonstrate that the situation is past the point of political will.

The culmination of the legal phase of this political impasse brings further attention to North Caucasian territorial claims and tensions. Moscow implements a policy of managed stability in the inner abroad, reliant on allegiance to Putin and hardline policies to suppress these claims, Islamic radicalism and possible unrest fueled by poverty. Alongside these issues, Chechen influence continues to expand across the southern republics as Kadyrov creates ethnic and religious links with important indigenous leaders. Subsequently, the sway of local leaders over certain factions reaches the grassroots level and shifts internal political opinions within nearby republics. This is a second form of undermining political autonomy and authority. Moscow begrudgingly permits this regional power play in exchange for North Caucasian security, but at what point will it clash with its internal security framework?

Kadyrov kept no secrets of his plans to expand Chechen territory into areas where ethnic and historical claims can be made. His proposals over Ingushetia percolated for years. A 2012 map that depicts the recently acquired Sunzhensky district as part of Chechnya and a subsequent 2013 constitutional amendment addressing issue reveal a long-term plan. Neighboring Dagestan’s territory faces a similar treatment as a recently released map depicts border areas around Lake Kezenoy-Am, Ankh district and a part of Botlikhsky district as a part of Chechnya. The area around the village of Ansalta in the Botlikhsky district raised eyebrows as it illustrated the furthest claims made into the republic.

On December 7, the leader of Dagestan, Vladimir Vasilyev, announced that he and the Chechen president would discuss the contentious border issues between the two North Caucasian republics. It seems like a roadmap very similar to previous events in Ingushetia where cartographic interpretations reflect a future reality.

Russia’s constitutional court’s ruling set a precedent on how territorial disputes between Russian federal subjects should be managed. During the last two months of political developments, Kadyrov’s power was undoubtedly on display, meaning that mightier republics have the upper hand over their neighbors. An emboldened Kadyrov must sense that he can reorganize the North Caucasian federal district according to his larger vision. Forthcoming discussions with Vasilyev determine that the contemporary period offers the best prospects to establish new borders in Chechnya’s favor. Nevertheless, a sizeable amount of caution must be applied too. Opposition to the finalized Ingush deal remains strong, and the political path toward Dagestan only becomes trickier. The influence of other ethnicities, such as the dominant Avar with whom tensions have flared and then simmered after Chechen incursions, mean a settlement with Makhachkala is a tougher endeavor.

Going forward, Moscow must keep a keen eye on its political security arrangements in the North Caucasus. The area often presents complex circumstances to manage, while resolutions over historically contested borders are difficult to achieve. Authorities find themselves in a complicated situation where an important component of the security framework in the form of a firm hand in Chechnya has stirred regional border issues to suit his favor. Visions of Chechen expansionism disrupt the balance of power in the North Caucasus and, as a result, create a problem that could easily transform into something larger given recent history.

Opposition to further territorial swaps may not have the time to be presented in court before skirmishes break out. Geopolitical pundits often speak about the concept of a “Greater Russia,” but now Russia must contend with the smaller scale version of “Greater Chechnya” within its own borders. 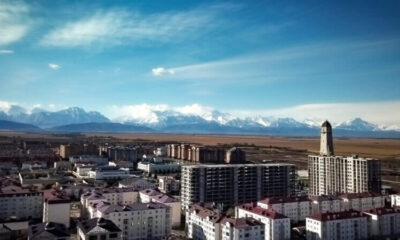 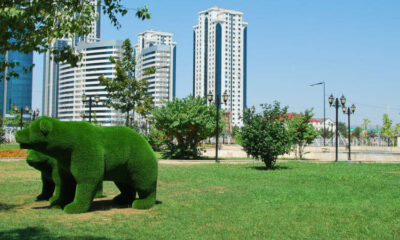 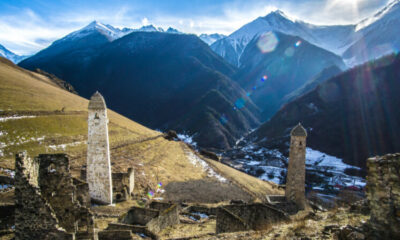 A Border Dispute Threatens the Delicate Balance in the North Caucasus