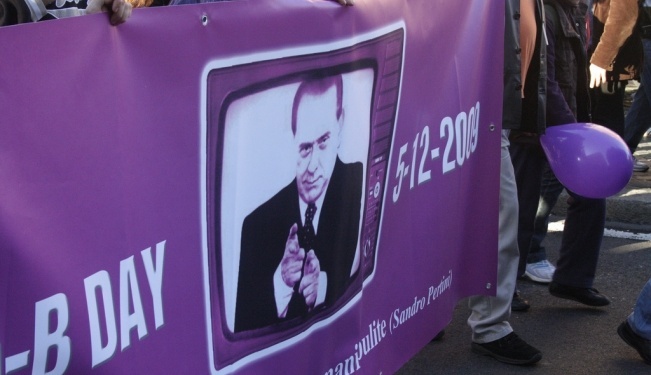 Italian Prime Minister Silvio Berlusconi's career almost came to an end on 14 December 2010. A no-confidence vote promoted by the opposition and by some former members of Berlusconi's own party could have forced him into early retirement. Contrary to what many expected, however, his conservative government managed to secure the support of the majority of the Parliament.

While conservative newspapers and media outlets saluted this victory triumphantly, Mr. Berlusconi’s problems are far from over. In the Lower House, he was saved from defeat by only three votes, cast by turncoat MPs – thus showing the inherent fragility of the governing coalition. On 13 January2011, the Supreme Court partially rejected a law intended to save him from being prosecuted. The following day, Milan prosecutors started a new investigation, placing his libertine lifestyle under scrutiny. Additionally, speculations about the possible replacement of Berlusconi by his Finance Minister Giulio Tremonti seem to suggest that even his long term allies are coming to terms with the fact that Il Cavaliere has become a liability for his own country.

Whether he will be forced to resign any time soon or not, the sad news for Italian citizens is that this will make little difference: their country's decline is likely to continue, even if Berlusconi were to leave. While many are convinced that the departure of Mr. Berlusconi would spark the beginning of a new era, there is little reason for such optimism. Italy's problems did not start with Mr. Berlusconi and are unlikely to end with his retirement from politics.

The real problem in Italy is that politicians are largely unaccountable to voters. As a result, they have strong incentives to indulge in patronage politics, securing benefits for themselves and for their protégés, rather than fixing their country's problems. A look at the last two years offers an interesting picture. Italy's GDP has declined markedly since 2008 and its poor and deteriorating public finances have given it privileged membership to the PIIGS group– the infamous acronym of European countries that risk debt-default: Portugal, Ireland, Italy, Greece and Spain. At the same time, Italian politicians have shown no sign of spending restraint. Furthermore, as newspapers record on an almost daily basis, the waste of public money has continued. A public official near Genoa, for example, spent approximately 100,000 Euros to renovate the restroom of his office while a city council in Sicily ordered more than 80 iPads for all its members. Apparently, even the Great Recession that has tightened budgets around the world has had no constraining effect on profligate elected officials in Italy.

Mr. Berlusconi would do his country a good service by resigning, especially in light of his ongoing scandal concerning sex with underage call-girls. His departure, however, will not solve Italy's problems. Without a change in Italian political institutions, in their rules and in their governance, Italy will be condemned to a slow death. Mr. Berlusconi was and still is the most powerful man in Italy. But even he has had to succumb to the informal rules and pressures that govern Italian politics. Unfortunately for Italy, with the current system, there is little reason to believe that anybody else will do any better.