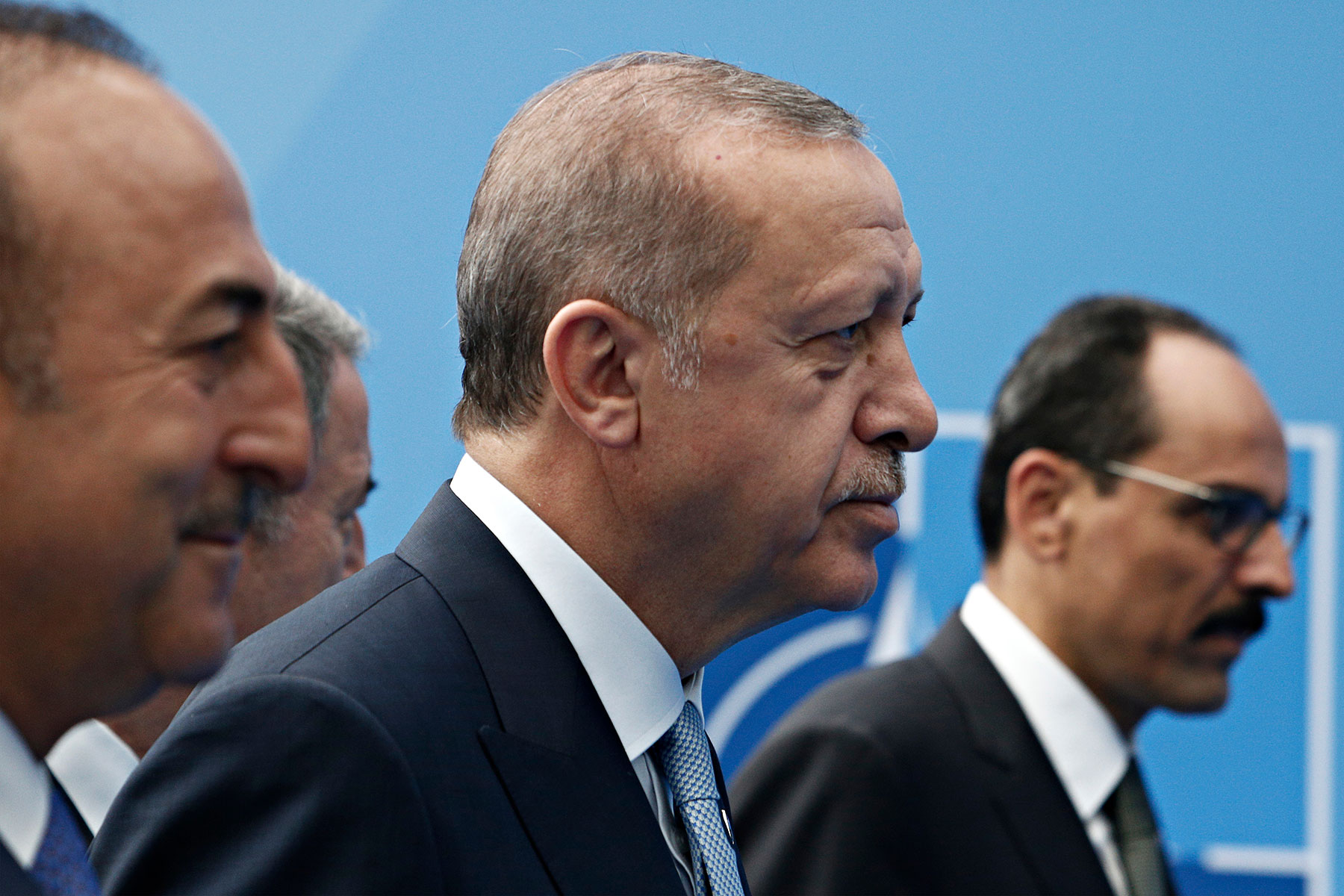 The world is watching Ukraine. This is a historic moment that leads to a significant deterioration in relations between Russia and the West. When Europe faces a geopolitical challenge that reminds everyone of the World Wars of the past century, the divisions deepen between the traditional West — mostly democracies — and “others.”

Is Ukraine Likely to Join the EU Any Time Soon?

The inclination will be to put China in the same basket as Russia, even if China is still being cautious about its next steps. Many other countries will be pushed to choose. One country, Turkey, will soon face difficult choices, since balancing acts may not be enough this time around.

A Tough Balance Between the West and Russia

Turkey has been trying to diversify and balance its alliances between the West and others for a long time now. Turkey is a NATO member that possesses Russian anti-aircraft missile systems, namely the S-400. This purchase not only led to CAATSA sanctions by the United States — which was a first against a NATO ally — but also the removal of the country from the F-35 program.

These measures did not hinder Turkey’s special relationship with Russia. Turkish President Recep Tayyip Erdogan always maintained personal relations with his counterpart in Moscow, Vladimir Putin. Even when they were at opposite ends of the theater of power — in Syria or Nagorno-Karabakh, for example — they kept talking. This did not change even after Turkey shot down a Russian plane in November 2015. Turkey’s dependence on Russian gas and tourism has also been a reason for their continued dialogue. Turkey also awarded the construction of its nuclear power plant — the Akkuyu plant — to Russia.

Today, Turkey is staying out of the sanctions schemes of the European Union and NATO. It has also tried juggling the Ukrainian demand to close the Turkish Straits to Russian warships — even if the Montreux Convention upholds the demand. Turkey stated that the Russian attack “is a grave violation of international law and poses a serious threat to the security of our region and the world.” It has hesitated, however, to move beyond that declaration. When the pressure mounted — masterfully and publicly handled by Ukrainian President Volodymyr Zelensky — and other actors continued to announce historic decisions one after the other, Turkey had to make a decision on the Straits.

It is important to remember that Turkey has also sold drones to Ukraine in the recent past and signed a free trade agreement, meaning that it was in a strong position to claim that it has supported Ukraine. Turkey even offered to mediate between Russia and Ukraine, but the offer has not been accepted as of yet.

The longer Russian aggression continues, the more Turkey will be pushed to move more decisively. Even Switzerland declared that it will apply the EU’s sanctions on Russia. Candidate countries are also encouraged to follow the course. Soon, there will be no more room for strategic ambiguity.

And When the Dust Settles?

However, there is even a broader question that requires strategic thinking. When the dust settles, where would Turkey like to stand when the European security architecture of the 21st century is being discussed? Where it was in the 20th century — a member of NATO, the Council of Europe, an integral element of the so-called Western order — or with the “others”? Turkey has spent recent years trying not to choose and playing all sides against each other when necessary.

The year 2022 was going to be decisive with regard to the European security architecture, even without a war on the continent. Europeans are already working on the publication of the “strategic compass” in addition to NATO’s strategic concept, which will be discussed in Madrid in June. These thought-provoking exercises have become even more significant in light of recent developments.

The historic steps that both the EU and some of its member states are taking will set the tone when it comes to the European security architecture. In addition to the sanctions package, the EU is sending lethal weapons to a third country under the European Peace Facility. Germany is increasing its defense spending to more than 2% of its GDP while facilitating a one-off investment of €100 billion ($109 billion) for the Bundeswehr.

One should also underline the exemplary coordination between the EU and NATO. Nothing strengthens the transatlantic bond more than a Russian threat to the continent. Geopolitical challenges that were not expected in the 21st century are going hand in hand with the necessity for drastic moves. Concepts such as sovereignty, independence and territorial integrity, which are protected under international law, have become even more visible. One thing to expect now is that different camps across the world will close ranks.

Will Turkey’s importance increase for the West, as it had during the Cold War? Maybe. It will surely play an important role in the Black Sea, especially when it comes to the Straits. However, once the cleavages between democracies and autocracies deepen, the state of affairs in Turkey will be even more important.

Right now, these changes have caught Turkey off guard. The Justice and Development Party (AKP) is tired after 20 years in power. The government it leads is mostly seen as authoritarian by many in Europe. The Turkish economy is in never-ending decline. It is hard to look for long-lasting consensus in a society once it has become extremely polarized. This is not necessarily the best time to set directions for the decades to come. But the country may have no choice.

Last but not least, the Ukraine crisis has demonstrated the importance of well-functioning relations with neighbors for European sovereignty. It is important to underline once again that European security is not only about the EU, but also its neighborhood. As an integral piece of European security architecture in the 20th century, Turkey will need to define where it stands very clearly. It is not only about who wins and who loses, but also about who will adapt to the changes that Europe is going through. It is time for reaffirmations for everyone. It would be beneficial for the European continent as a whole if Turkey also closed ranks with its traditional allies.