German neo-Nazi bands attempt to appeal more broadly to an audience that is opposed to the government’s position on asylum-seekers.

Plato once wrote, in an argument postulating the banning of music, that “any musical innovation is full of danger to the whole State.” While an extreme position to adopt in its own right, the philosopher’s prediction about the interconnectivity of politics and music is not without its merits, least of all when it comes to Germany and some of its most radical citizens. Perhaps most infamous of all is the case of 19th-century composer Richard Wagner and his anti-Semitic views that inspired Adolf Hitler’s decision to venerate Wagner and his music during the Third Reich era.

While the literal tone of racially implicated music has significantly changed in postwar Germany — far fewer trombones and far more distortion of the vocal cords — its existence has endured. In the last three decades, National Socialist black metal and white-power bands have staged concerts that aim to blend entertainment with indoctrination, specifically with radical-right ideologies on race, religion and national identity. In 2018, the neo-Nazi concert scene in Germany experienced a decline in attendees, but it is critical to contextualize this in terms of how the events are policed, who attends the concerts and how they aspire to alter Germany’s political landscape.

In his book, Black Sun: Aryan Cults, Esoteric Nazism, and the Politics of Identity, historian of fascism Nicholas Goodrick-Clarke demonstrates how the German neo-Nazi music scene was and is a product of globalization and alternative forms of European integration. Engagement with Nazi phraseology and symbology has been a notable element of fringe music movements in Europe since at least the 1980s, with a considerably active scene in Great Britain, Sweden and Norway. Although some bands like Endstufe pre-dated German reunification, the metaphorical and literal fall of the Berlin Wall ushered in the discernible rise of a neo-Nazi music scene in Germany in the mid-1990s, with considerable promotional assistance from established Norwegian bands and commercial support from Norwegian fans.

One of the earliest examples of extremely explicit engagements with neo-Nazism in German black metal occurred in the mid-1990s, when the band Absurd released “Thuringian Pagan Madness” — a demo with a cover of the gravestone of a boy whom members of the band were imprisoned for killing; upon their release, one member of the band openly called their victim a “race defiler.” A band member subsequently joined forces with Heathen Front, a blood-and-soil style nationalist movement controlled by Norwegian musician Varg Víkernes. Over the coming decade, Absurd collaborated with bands such as Kristallnacht out of France, SS1488 from Austria, Thunderbolt of Poland and an American group called Birkenau.

After bands such as Endstufe and Absurd emerged on the German radical music scene, dozens more groups professing pro-Nazi and other violent ideologies gained notoriety. Writing just after the turn of the 21st century, Goodrick-Clarke claimed that Germany had produced more than 50 prominent neo-Nazi bands, and that “Germany may be the largest and best-organized Nazi music market in Europe.”

In these early years, the neo-Nazi music scene in Germany was responsive to myriad socio-political issues characteristic of the newly reunified Germany, including high unemployment rates and a rise in immigration, particularly from asylum-seekers coming from Iran, Romania, Turkey and the former Yugoslavia. Eventually, the government placed restrictions on asylum applications, and unemployment rates declined, but for a period in the early 1990s Germany saw a spike in far-right related violence.

According to Goodrick-Clarke, within this context, neo-Nazi bands wrote lyrics that referenced both violent attacks against asylum-seekers and Jewish people. (There is an intentional decision not to include any specific lyrics here so as not to amplify their message.) Lyricists wrote about the tensions in Germany at the time and promoted nostalgic images of a powerful Germany that were dated to periods prior to multiculturalism. As a result, Goodrick-Clarke estimates that Germany in the early 2000s had “about two thousand committed Nazi skinheads and as many as double that number of supporters.”

Fringes of the Music Industry

Over the last decade, although they have remained on the fringes of the music industry and society more broadly, neo-Nazis have again invoked similar anti-immigrant, anti-Semitic, nostalgic pan-Germanic ideas in their lyrics to relative success. Whereas before the total number of enthusiasts of this music and its related ideology was estimated in the low thousands, recently concert venues for neo-Nazi music festivals have seen attendances of several thousands. For example, some 3,500 people attended Rock for Identity — Music and Speeches Against the Abolition of Germany in May 2016, and the 2017 iteration of annual musical festival, Rock Gegen Überfremdung, or Rock Against Foreign Inundation, drew a crowd of more than 6,000.

While these two were arguably the largest neo-Nazi festivals in Germany, there is a parallel rise in the overall number of music events that included neo-Nazi or far-right bands. According to German authorities, the number featuring far-right ideology has grown in the last five years, with a steady increase since 2015, which may be related to the German government’s alteration to asylum policies that year.

Despite indications that the number of attendees would increase in 2018, a series of notable outdoor concerts with neo-Nazi associations experienced significantly lower turnout. The October 2018 Rock Against Foreign Inundation event had approximately 800 attendees, and the eighth annual Eichsfeld Day — a Neo-Nazi event billed as family fun — drew only a quarter of its usual 800-person turnout. The decline in popularity can in part be attributed to how these events and crowds are being policed. Rock Against Foreign Inundation was originally scheduled to be held in an alternate location; local authorities twice successfully petitioned the court for the forcible relocation of the event, in the second instance only hours before the festival was set to begin.

This may be one aspect of an increasingly vigilant stance by German authorities on tampering down on the proliferation of far-right beliefs, most particularly following the violence in Chemnitz. Unofficially, moreover, counter-protest groups are also growing in size and attempting to disrupt such gatherings.

As was the case in the late 1990s and early 2000s, the music produced by neo-Nazi bands today very explicitly discusses issues of immigration and German identity. It is important to recognize that even though their concerts may be smaller this year than in the past, neo-Nazi bands have not changed their messaging. While they have by no means abandoned expressions of anti-Semitism, they bill their concerts with references to immigration, and signage at some events notes the ethnic, religious, or racial changes in Germany. These groups and events, it can be argued, are attempting to appeal more broadly to an audience that is opposed to the German government’s position on asylum-seekers.

This aligns with findings published by the German authorities in July 2018 about the politics of extremism in the country. The report, which comprised data from 2017, identified 6,000 individuals as neo-Nazis (a slight rise from 5,800 in 2016), claiming Germany was home to some 24,000 people adhering to overall extreme right-wing ideologies. Moreover, a study by the Competence Centre for Research into Right-Wing Extremism and Democracy out of the University of Leipzig found that approximately one-third of Germans held some xenophobic views.

It is a well known hypothesis that music and concerts are tried and true methods of radicalization, particularly for young people, and this is accurate in the neo-Nazi context. Their lyrics and events promise camaraderie and blame social and personal ills on outsiders. The upward trend in the number of events (now also spread through many parts of Germany) signifies an attempt to make neo-Nazism more accessible to Germans and to bring its ideology into view of society at large.

But this music is not just rhetorically dangerous. There are some links between fandom of neo-Nazi music and political violence. For example, Weisse Wölfe (White Wolves) is a neo-Nazi band whose lyrics have been found to reference extreme violence against ethnic and religious minorities. German authorities have identified the White Wolves Terrorcrew as linked to the band, and in 2016 some of its members were accused of actions against migrant communities and those holding liberal political views in Germany, as well as the German state itself. 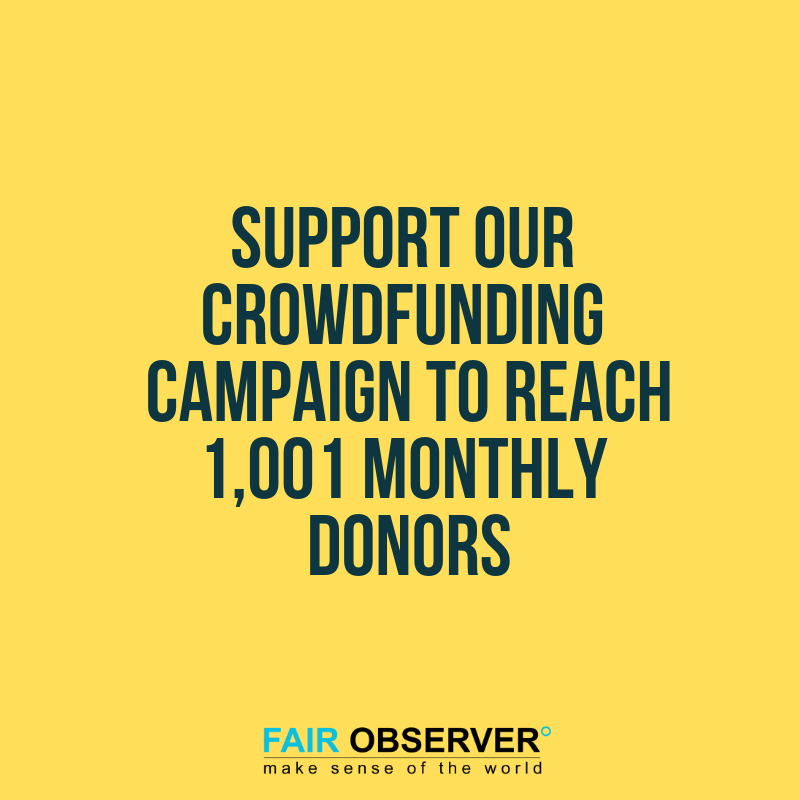 Finally, while certain neo-Nazi festivals were not as well attended this year, this likely does not indicate the early stages of a trend away from radical-right messages or music concerts as a means of dissemination. According to research produced by MOBIT, a group devoted to tracking the radical right, in recent years substantial property — specifically in the region of Thuringia, which is already a popular location for neo-Nazi concerts — has been purchased by members of the German neo-Nazi movement with the intention of holding future musical events.

Even though it is only a fringe element of the music industry, as journalist Erika Solomon has noted, the considerable financial profit from sales of concert tickets, CDs and promotional items can be used to help fund future neo-Nazi propaganda. Additionally and importantly, neo-Nazi concerts in particular provide the opportunity for devotees to meet each other, and neo-Nazi music in general continues to radicalize listeners and to claim space in the German social and political landscape.

In some ways, Plato’s warning about music is correct: The current neo-Nazi music scene inherently challenges the German state both on a rhetorical level for its policies and on a material level through its incitement to violence. More subtly, though, the lyrics written by neo-Nazi musicians and the crowds they draw will continue to challenge the German people as a whole.

The endurance, and perhaps the increased visibility, if not popularity, of neo-Nazi music in Germany forces its citizens to ponder the implications of the persistence of white supremacy and radical-right ideologies, however fringe, in German cultural life. With its pageantry and its intentional militant presence, moreover, Germans will be forced to consider what challenges might lie ahead for their attempt to construct a 21st-century multicultural society when the specter of neo-Nazism is never far away.