Nearly 30 years since the fall of the Berlin Wall, powerful images come to mind from those heady days of 1989: people dancing on walls and the related assumption that from now on freedom would reign around the world. Global capitalism had prevailed over the state-run socialist model, and people spoke of the “end of history.” Today, this euphoria has given way to a more sober mood, not least because Francis Fukuyama‘s prophecy proved wrong on a number of levels.

Once the conflict between the systems of communism and capitalism came to an end, the face of the social market economy also began to change. The system people had yearned for, and for which they had broken down walls, experienced an astounding renaissance of neoliberalism.

One reason for this was that a victor’s attitude had infused the process of German reunification, which reflected a presumption that the West had done everything right and the East had done everything wrong. Communism had failed in securing material prosperity and freedom, and Germany quickly seized the opportunity to reunite under market-based conditions.

The future weaknesses and risks of unfettered capitalism were hard to predict, and these were many: the instability of real estate markets; the dangers of debt accumulation at low interest rates; the risks of newly-invented, complex financial instruments that led to the global financial crisis of 2007-08; the polarization of many labor markets; and finally, the widening gap between the winners and losers of globalization and technological progress.

Another unforeseen development was that a strong emphasis of economic policy on material success would lead to the neglect of other existential human needs, especially investment in thriving communities and the empowerment of people to shape their own lives. These failings fundamentally undermined many people’s confidence in globalization and automation — especially among the structurally disadvantaged in society — a problem that has long been overlooked by many decision-makers in politics and business. Because of the narrow focus on material prosperity, the achievements of the social market economy and the welfare society were also largely ignored. But this seemed a negligible loss because there was no alternative to the victorious West.

It was in this that Fukuyama’s “end-of-history” prophecy erred again. With globalization and the policy of opening up that began in the 1970s, China started down its path to being a world power — not as a democratic and social market economy, but as a very successful economy. The supposed winners of history gradually had to make room for new powers at the table of global decision-makers. Despite its great economic success, China did not democratize its political system. Suddenly, the West was faced with another systemic challenge: an economically successful model under completely different political conditions. The assumption that economic success always correlates with the acquisition of political rights has not been validated by the example of China.

In the 21st century, a host of new factors have also emerged. Climate change, growing inequality and the risk of dehumanization through artificial intelligence (AI) now pose threats to our planet and its inhabitants. It is no longer a question of who is the most successful, but whether and how the human race can survive.

This development is directly related to German reunification and the end of the former confrontation between economic and political systems. For many people, the fall of the Berlin Wall was a symbol of the victory of the unrestricted market economy. The “social” in the social market economy receded into the background. It is fair to say, however, that the window of opportunity for German reunification was very narrow after the Berlin Wall fell and quick decisions were required. There was heavy pressure in the streets of East Germany, and the first free people’s parliament vote in March 1990 agreed to quickly merge both East and West Germany.

And so the neoliberal economic debate blossomed. It seemed as if the so-called free market could achieve the best results for society — if only the disruptive influence of state and society could be overcome. This meant a fatal disregard of the notion that human needs cannot be met by material security and prosperity alone. Man is a social being, and if his social needs go unfulfilled, tensions will arise that lead to populism, protectionism and xenophobia.

Aside from the “strange non-death of neoliberalism,” as Colin Crouch titled his laudable book, another problem has arisen. While greater social interaction in the face of climate change and the challenges of AI may seem an obvious necessity, these problems have instead been met in many countries by a “me-first” strategy in politics and business. This attitude has replaced international cooperation and multilateralism with a “deal mentality.”

This is clearly a dangerous path, as the integration of the world economy through globalization and technological progress has also created major global problems — from climate change to migration and financial crises. These can only be solved through international cooperation. A different path is therefore essential.

Technological and economic progress need to be reconnected to social progress, and this must become a core task of the state, cooperating states, the economy and civil society. The neoliberal division of labor — consumers look out for their own interests, companies look out for their profits and the state creates rules that optimize the use of resources — is obsolete. The “re-coupling” of economy and society is the prerequisite for a fresh start, one that will overcome the weaknesses of unregulated capitalism and the global challenges as well.

This is not about an unimaginative redistribution mechanism. Rather, recoupling means focusing on future-oriented education and life-long learning, with an emphasis on social solidarity and personal empowerment so that people can shape their own lives independently. In other words, this means all actions must include a social dimension.

In recent weeks, 181 business leaders in the US published an appeal, saying that the golden calf of shareholder value benefits neither companies nor society as a whole. In a similar vein, it is now time for us to overcome the individual and collective me-first attitude in politics, business and society. Thirty years after the fall of the Berlin Wall, the contours of a new, socially enlightened and responsible capitalism are beginning to take shape. 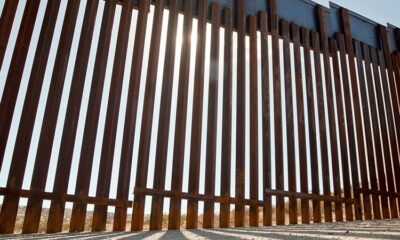 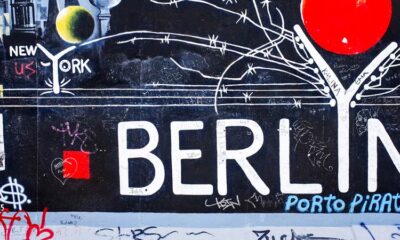 Did the Fall of the Berlin Wall Pave the Way for Trump? 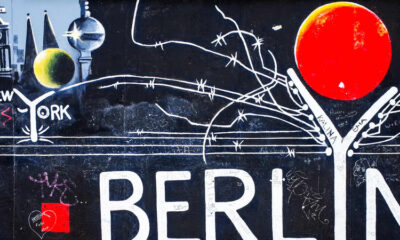 From Shame to Pride: The Fall of the Berlin Wall Through German Eyes