The South Caucasus region remains politically unstable, and ongoing developments offer tinges of events that resulted in the 2008 Russo-Georgian War. South Ossetia, a breakaway region of Georgia recognized by Russia (and a handful of others) as an independent republic, finds itself yet again amidst another dispute over border demarcations, with Georgia asserting its jurisdiction over the separatist territory. While mentions of war already entered into the discourse between Georgian and South Ossetian authorities, it seems unlikely that armed conflict will result from the current standoff.

In fact, since events escalated, this charged rhetoric has since slowly diminished. It is crucial that the territorial disputes at the center of it all be rectified through diplomatic measures rather than heightened hostilities, for which regional key players have little appetite.

As noted, certain events of the last weeks are reminiscent of the build-up to the 2008 conflict. Similar to recent events, in the summer of 2008, Russia and Georgia were deadlocked in a diplomatic dispute. This was related to Moscow’s actions in the region — the lifting of Commonwealth of Independent State (CIS) sanctions on Georgia’s other breakaway region of Abkhazia and subsequent recognition of post-Soviet separatist states. Georgia later announced that it would no longer participate in the CIS and will push for future NATO membership accession (which has still yet come to fruition).

Carl Bildt, then the Swedish foreign minister, deemed the actions as “de facto annexation.” Such terminology is familiar because the phrase “occupier” has been used to describe Russian activities in the region and has led to a deterioration of relations between Moscow and Tbilisi.

The tone between the belligerents increased in severity for months prior to the ultimate standoff. Similar discourse and actions are apparent now. The issue of the border between South Ossetia and Georgia proper has been simmering for a while. Reports from early August state that Russian forces continued the construction of a barricade — or fencing — that encroached on Georgian-controlled territory around the village of Gugutiantkari and cut off some residents from access to their properties.

Tensions were further inflamed in late August when Georgian police forces established a checkpoint in the village of Chorchana, an infringement on South Ossetia’s self-proclaimed border. Tskhinvali issued an ultimatum that its authorities would “ensure the safety of its citizens” if the checkpoint was not removed by August 30. The deadline passed without any significant actions.

Instead, South Ossetian President Anatoly Bibilov ordered his forces to construct their own checkpoint near the Georgian marker once negotiations over the matter fell through. Bibilov subsequently visited with villagers and assured them that his forces guaranteed their safety. The key difference in the contemporary situation is that South Ossetia currently releases statements and negotiates as a de facto independent republic, rather than Russian officials representing the area.

Once again, claims of military build-ups around the borderlands between South Ossetia and Georgia have surfaced. An increase of troops along borders is often pinpointed as the precursor to armed engagements. Such movements were closely monitored ahead of the outbreak of fighting in 2008, and current reporting highlights the fluctuations of armed forces in the vicinity. On August 29, South Ossetia announced it would send its security forces to the border area in reaction to the installation of the contested checkpoints. Tbilisi warned that such actions could escalate the situation into a “serious confrontation.” At the same time, South Ossetia observed an increase in Georgian military activity in the shape of an additional 30 Georgian officers carrying small arms stationed just across the de facto boundary.

The downing of drones also features prominently, then and now. Months prior to the five-day war, numerous Georgian drones were destroyed by Russian forces over Abkhazia, and different explanations on how the unmanned aerial vehicles (UAV) met their end were offered. Current tensions peaked when South Ossetia accused Georgian forces of shooting down one of their UAV’s near the border village of Uista. Tskhinvali subsequently requested the assistance of the European Union Observer Mission in Georgia and the Geneva Discussions on Security and Stability in the South Caucasus to introduce measures to prevent any further escalation.

It is at this point that the two scenarios diverge significantly. Georgia and South Ossetia have been involved in active negotiations within the framework established by the Incident Prevention and Response Mechanism (IPRM) to reach a suitable settlement that appeases both sides in regard to police checkpoints and border infringements. They met, to no avail, on August 30, and agreed to further broach these issues on September 2.

Once again, four hours of meetings did not result in any viable resolution, but both sides agreed to continue discussions. Continued deliberations that followed on September 9 remained unproductive. The latest round of talks took place on September 13, and it is obvious that the two sides remain deadlocked in a stalemate.

The latest meetings demonstrated a complete lack of any sort of headway. Georgia remains steadfast that it will not take down the roadblock and asserts that it is an innocuous installation. Georgian representatives refuse to discuss it further at any level. South Ossetia contends that the same barricade creates a sense of insecurity because armed Georgian personnel infringed upon its denoted territory. The head of the South Ossetian delegation to the IPRM, Yegor Kochiyev, stated: “This Georgian roadblock must be removed, armed persons must be escorted out, and when this happens, South Ossetia will take the corresponding measures on defusing tensions.” It seems like a logical resolution, but it is especially complex due to the factors of unrecognized sovereignty, history and politics.

It is apparent that neither Georgia or South Ossetia will budge. This situation is an example of all the smaller issues that materialize within the broader context of unrecognized autonomous republics. Resolutions or agreements that favor one side versus the other are often unfeasible, but they have wider political implications too. Georgia does not officially acknowledge the self-imposed borders of South Ossetia outright, therefore succumbing to demands out of Tskhinvali could be interpreted as a sense of legitimacy toward the republic.

South Ossetia is in a precarious situation of coming across as powerless and incapable of defending its interests, especially in regard to its territory and its declared independence, if it bows to Georgian ultimatums. The de facto Caucasian republic would consequently face another knock against its claims as a legitimate entity while it seeks greater international recognition.

Although past meetings have been futile, the extended focus on negotiations and a diplomatic resolution is encouraging. A bilateral agreement to eschew the use of force — even in small-scale skirmishes — would be constructive in a situation where armed factions are present on both sides of the border. Cooler heads must prevail not only at the highest levels of leadership, but among the soldiers and policemen on the ground as well.

The current situation could easily freeze into the new status quo in which barriers, a roadblock and armed personnel remain in position for the foreseeable future. In that context, either Tskhinvali or Tbilisi will shift their attention away to more pressing topics in the long term. An impasse combined with demonstrations of self-control could be the lasting result if neither side can reach an agreement.

Transcaucasia remains a post-Soviet region in flux. Disputes steeped in history encouraged by geopolitical visions resulted in outbreaks of conflicts that continue to have repercussions on afflicted states today. The current political environment differs from those prior periods, and civilians have no desire to live through such treacherous times again. Major shareholders in the region, primarily Russia, have little taste for another destabilizing conflict.

A border dispute between South Ossetia and Georgia is certainly a significant issue between the two entities, but it need not escalate. Returning to the negotiation table under the guidance of international brokers is the best bet toward achieving a far-fetched resolution or, at least, a sense of coexistence. In the end, Georgia and South Ossetia continue to present complicated questions and, as a result, warrant increased attention. 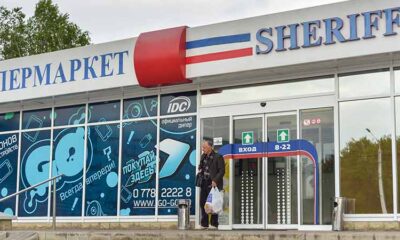 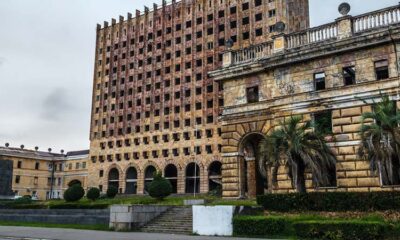 An Election Brings Abkhazia Back into Focus 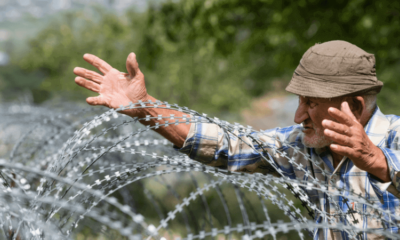 Will Trade Bring Reunification or Annexation to South Ossetia?