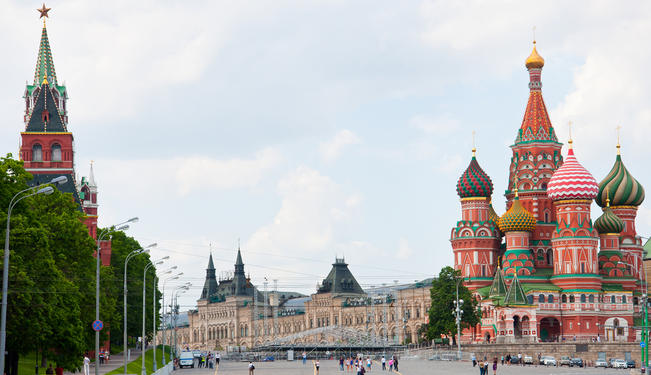 Egypt's shift to Russia is an attempt to put Washington under pressure.

Since Mohammed Morsi’s ouster, western states have been caught in a balancing act between normative criticism and pragmatic interest in Egypt’s stability. The relationship with the new actors in power in Cairo is tense. Interim Prime Minister Hazem al-Beblawi called it a “mistake” that the United States cancelled a joint military exercise, while it discusses suspending military aid. In the end, he claimed, Cairo can do without Washington’s support.

As an alternative, al-Beblawi put Moscow into play whose military support, according to him, had saved Egypt’s survival in the past. With this, he must have been referring to the Nasser-era of the 1950s and 60s, when Egypt held strong ties with the Soviet Union.

The Egyptian interim government’s interest in Moscow should not be overestimated. Egyptian authorities primarily aim to get concessions from Washington by playing the Russia-card. One cannot expect a clear expansion of economic and political cooperation with Russia, let alone a profound reorientation towards Moscow. Russia does not have enough to offer for that.

Economically, Moscow is ranked seventh with a 2.8% share of Egypt’s external trade – far behind the EU (23%), but also China (8%), the US (7%), and Turkey and Saudi Arabia (both 4%). Russia only holds a leading position in two areas: Moscow is Egypt’s most important wheat supplier and also holds the largest share of tourists, with over two million annual travelers to the country. If the travel warning, issued by the Russian Foreign Ministry in mid-August, is upheld, Egypt’s most important economic sector could be severely hit.

Apart from that, the economic foundation of Russian-Egyptian relations is weak. Most of all, Moscow lacks cooperation projects of strategic importance through which it could gain political influence. There is potential for that in the realm of civil nuclear energy, as well as in the arms sector.

In both areas, Russia is among the world’s biggest suppliers. In April, Morsi had proposed to Moscow to assist with the construction of the first planned nuclear power plant, as well as the development of Egyptian uranium deposits. Similar proposals existed during the Mubarak-era. However, as long as it remains unclear as to whether Cairo, in the face of economic troubles, can manage the first steps into nuclear power, this potential of a strategic cooperation remains idle.

Similarly, prospects for a stronger cooperation in the arms sector – mentioned by al-Beblawi – should not be overestimated. Even if the new rulers in Cairo cooperate with Moscow more closely in the military technology sector, Russia could only fill in a niche position in the medium-term future. The Egyptian military, when it comes to equipment and training, is too oriented towards Washington. Additionally, Russia, in contrast to the US, will not be able to finance cooperation projects in the arms sector and beyond on a large scale.

The interim government will not have forgotten how, at the summit with Putin, Morsi failed with his request for a credit line of $2 billion. The Gulf monarchies clearly present more attractive financiers for Cairo.

Even though al-Beblawi’s statements do not signal the start of a substantial deepening of Russian-Egyptian relations, they are interpreted in Moscow as an important political victory. They demonstrate that the perception of Russia in the region has changed.

Until recently, it looked like Moscow had lost the majority of its regained influence – for which it worked hard since the start of the new century – during the Arab Spring. In Libya, Russia decided to back the opposition too late. Moreover, its role as a protecting power of the Bashar al-Assad regime in Syria has Russia's strained relations with most regional leaders and societies.

The prophecy of doom about Russian self-isolation is premature, however. Although the relationship with Gulf monarchies remains charged, Moscow has managed to limit the damage with Turkey, Jordan, and Libya by fostering political dialogue and cooperation in the economic realm.

In the Arab world, Moscow employs a policy which combines the defense of certain international principles – such as non-interference in domestic affairs – with great flexibility towards changing domestic power configurations and pragmatic interest-driven policies. This way, Moscow is making an effort to create a political dialogue with the respective people in power, whether that is the Muslim Brotherhood or the military. The fact that President Vladimir Putin invited Morsi to the summit is quite remarkable, considering that the Brotherhood has been outlawed in Russia since 2003 and dubbed as a terrorist organization due to its support for Chechen rebels. After Morsi’s fall, the Kremlin, in line with its non-interference policy, stayed away from criticism of the Egyptian military’s actions.

The fact that Moscow is once again perceived as strong by Egypt and the Arab world, and that it was able to make up for its initial political losses, not only comes to the benefit of Russia. Indeed, Russia profits from the lack of unity as well as the mistakes of western nations. If Russia wants to consolidate the trend of its return to the Middle East, it must not act primarily as a blockading power. Rather, it has to actively contribute to the solution of regional problems like Syria, Israel-Palestine and the Iranian standoff.