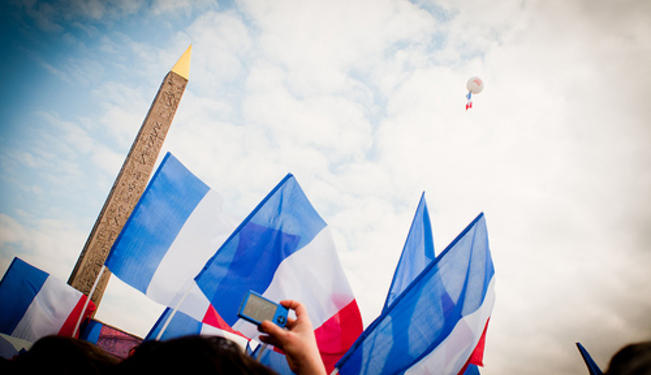 The growing possibility that Nicholas Sarkozy can lose the second round of the presidential election in France, suggests that the political consequences of the economic crisis in Europe are bad for both leftist and rightist governments. Electorates are "firing the coach", as sport teams do when their performance worsens, even though many people might realize that the coach or prime minister is not always fully responsible for the economy’s performance.

Together with Pedro Magalhaes, we organized an international academic conference on this topic at Georgetown University a few days ago. You can click below for the full version of our paper, which is summarized here:

Government parties in the EU countries have been losing elections in high frequency during the last few years. The electoral performance of the incumbent ruling party appears to be clearly associated with the economic performance of the country just prior to the election. The relative losses of votes are somewhat higher for large parties, which typically form single-party governments or party-dominated coalitions, than for smaller parties participating in multiparty coalition governments, as the former can more easily be made responsible for bad economic performance than the latter can. Defeat of incumbents is a possibility for both leftist and rightist governments, depending on the economic conditions in which they run for reelection.

European electorates may be experiencing an increasing frustration of previously accumulated expectations regarding their government’s management. The increasing trans-nationalization of economic relations has further weakened the state governments’ capability to face economic difficulties, and has subsequently weakened the voter’s trust and support. Parties have a tendency to converge on economic policy positions, which is greatly a result of the increasingly authoritative role of EU institutions over the state governments. This, combined with trans-nationalization, has made the voter’s electoral choices in state-level elections less relevant for policy making.

We suggest a comparison between the voter’s and the sport team’s typical “fire the coach” reaction. As elaborated in the growing discipline of the economics of football, firing the coach is analyzed as a ritual scapegoating. Sport club members, like voters in state-level elections in our case, can be aware of the fact that a failure, such a team’s or an economy’s underperformance, is due to a number of factors that cannot be fairly simplified as only bad management. But managers and governments are punished nonetheless, even if many people realize that they are not always fully responsible for the team’s or economy’s performance. This happens because bad government performance makes voters unlikely to trust their promises for the future, and regular democratic functioning requires making the managers and the rulers accountable.

Nevertheless, just as the appointment of a new coach may not enhance team performance, the choice of a new prime minister may make no difference to a country’s economic performance. Rather, increasing political instability can even add a new element of distrust and trouble to the numerous previously existing factors that caused economic recession and high unemployment. In many elections across Europe in the last few years, voters have offered the prime minister’s head in ritual sacrifice. But as a change of prime minister may not improve the government’s capacity for facing the crisis effectively, further disappointments may further increase the frequency of government turnover and the degree of political instability.

*[This article was originally published on Dr. Colomer's blog.]