War-ravaged eastern Ukraine is facing an ecological disaster that could become a “second Chernobyl.”

When it comes to US provision of weapons to foreign fighting forces, there is no shortage of unintended and dangerous consequences. From Libya and Iraq to Afghanistan and Mexico, American weapons deliveries have tended to go awry. However, a form of assistance that has gone embarrassingly underutilized — and will only become more vital with time — is energy, environment and resource-related aid. Thus, for a region like eastern Ukraine, which is on a brink of ecological disaster, it seems prudent for the US to consider undertaking conservation efforts rather than risking yet another precarious arms shipment.

The Donbas region of Ukraine has been beset by conflict since early 2014, when Russian-backed separatists began taking over government offices and succeeded in establishing two breakaway territories. The conflict has claimed over 13,000 lives so far and continues to rage on, mostly forgotten by the international community. The people of Ukraine deserve, and require, the help of the United States. From the onset of the conflict, the US has provided aid, and should continue to do so. Nevertheless, a portion of this assistance has been misplaced, namely when it comes to “defensive” weaponry.

As this author, and many others, have argued before, there exists any number of legitimate, and seemingly self-evident, reasons to forgo providing Kiev with American-made weaponry. Despite this litany of red flags, the Trump administration went through with the first arms provision earlier this year, and is, perhaps not shockingly, mulling further lethal aid packages in the near future. The point here, however, is that the millions of dollars that those rather superfluous weapons cost to produce, ship, provide training in and keep track of represent an instance of misdirected funds. There is a separate, yet related, crisis looming in eastern Ukraine that is going relatively unnoticed and could desperately use those misspent millions.

A highly industrialized region of Ukraine, the Donbas is littered with coal mines, 227 to be exact. Under ideal conditions, this would present a problem only in carbon emission terms — no small difficulty in and of itself — but as the region is consumed by active fighting, additional complications have arisen.

As a result of the ongoing hostilities, dozens of mines have ceased operations. When a mine such as those found in Donbas is vacated, it requires the ground and rainwater that naturally fills them to be continually pumped so as to prevent flooding. In conflict-free countries like Britain and Germany, inoperable mines are maintained and pumped to prevent the hazardous side effects that accompany shuttered mine sites.

It is well documented, and rather intuitive, that water flowing through coal mine remnants picks up toxic materials, contaminating the water supply. Water travels, and because of this, contaminated mine water, if left unchecked, finds its way into water sources that are often used by local populations for everything from drinking to irrigation. As one might imagine, flooded mines, teeming with deadly substances, can have drastic repercussions without proper maintenance. According to the Organization for Security and Co-operation in Europe, Donbas has upwards of 100 such mines, either already in flood status or imminently so.

Most of the potable and drinking water tested in the area has been found to have levels of mineralization and salinization not safe for human consumption. What is more, one of the aforementioned mines threatened by flooding is home to Object Klivazh, a “glass chamber” of radioactive material left over from a 1979 Soviet nuclear test. If the floodwaters reach Object Klivazh in the Yunkom mine, as they are expected to do, radioactive water may be set loose on the region, affecting not just eastern Ukraine, but well beyond. The situation has been aptly deemed a potential “second Chernobyl,” the urgency of which cannot be overstated.

Hence, it is incumbent upon the United States, and the international community at large, to assist in preventing this fast-approaching ecological disaster — if it is truly assistance and not mere posturing that is their aim. If the desired outcome of further support to Ukraine is, in fact, to help the civilians affected by war and the country as a whole, then the focus of aid should immediately be rerouted from arms supplies to environmental aid.

The initial US weapons shipment to Ukraine, which consisted primarily of redundant Javelin missile systems, was valued at around $47 million. Coincidentally, the cost of pumping just the most pressing Yunkom mine is around $45 million per year. Obviously, the problem at hand necessitates greater capital allocation than merely enough to maintain one mine for one year, but the comparison is illustrative.

The first step in this process, however, is amplification. This impending catastrophe must receive wider coverage that it merits. The people of eastern Ukraine are suffering, and without prompt intervention this suffering will immeasurably intensify. Governments and humanitarian organizations must be made aware of this dire situation and take action. The United States, in particular, needs to abandon the practice of inessential arms supplies in exchange for essential disaster prevention assistance. 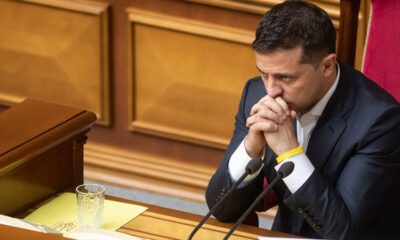 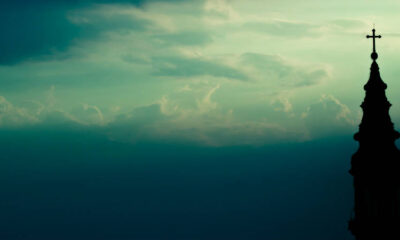 The Church: Caught Between Russia and Ukraine