What lies ahead for Jeremy Corbyn and the British Labour Party?

When Jeremy Corbyn squeaked onto the ballot for the British Labour Party’s leadership race, he was a 100-1 outsider. Nobody expected him to win—least of all a demoralized, fragmented and weak left. While his victory is a huge boost, the odds in the war ahead remain stacked against both him and us.

This is not defeatism, nor must it be confused with or degraded into a rejectionist cynicism that values hermetically sealed ideological “purity” over risking one’s predictions of failure by engaging with what is still an imperfect and limited reformist phenomenon. It is, however, a necessary starting point for developing any effective strategy. That strategy, clumsy and error-ridden as it will inevitably be, must be based on expectations of lengthy and patient engagement, rather than on any illusions of a power that Corbyn’s win does little to increase.

More specifically, if Corbyn’s support base is to develop resilience, it must create its own autonomous capacity to organize, communicate and act. In other words, the nascent popular agency that has been evident in recent months at rallies and meetings must consolidate itself into a genuine social movement, supportive of—yet not dependent on—a Corbyn-led Labour Party.

In parallel, Corbyn faces the challenge of transforming Labour itself into an entirely different type of institution: not an electoral machine, but a catalyst and focus for self-organizing campaigns that both work within and transcend its boundaries. If both these things can be done, they may energize one another to a degree that surprises us all. Everyone on the left should welcome the sudden opening of political space around a whole range of issues that had seemed solidly occupied by the reactionary right—from economics, housing and public ownership, to immigration.

Each aspect of this strategy, however, faces serious obstacles. Only if Corbyn’s win gives his supporters greater confidence to conduct their own struggles in workplaces, over housing and against all forms of discrimination and exploitation can we start talking about a significant and lasting realignment in British politics able to resist the inevitable counterattack—or to simply survive possible electoral “failure” with its networks of mobilization and potential for further radicalization intact.

Secondly, in transforming Labour into an organization capable of working with such popular movements, Corbyn faces a huge task. In no way does this involve “reclaiming” the party via a return to “Old Labour values.” Labour has never been, and has never wanted to be, the kind of institution that is now required.

On the contrary, whether under Tony Blair or Clement Attlee, at the heart of “Labourism” has been a belief that change comes incrementally, through expert guidance, governmental institutions and national, cross-class consensus—not as a rupture driven by popular mobilization or class conflict. Labour’s fetish for parliamentary democracy and lack of theorization of the economic power that always circumscribes such political power has meant that not only has the party always been afraid of taking on elite capitalist interests, but it has never really believed in the need to do so.

What terrifies Blair et al is not so much Corbyn’s precise policies as his willingness to embrace a political agency that goes beyond the paternalistic control of the party machinery. Labour must either disarm this agency, as it has always chosen to do in the past, or accept that it will push them into inevitable conflict with existing power structures both inside and outside the party.

In this regard, Corbyn’s rhetoric of Labour being a “broad church” and the emphasis on “unity” are acknowledgements of his own weakness. In another significant sign of compromise, he has already ruled out giving ultimate control over the selection and recall of members of parliament (MP) to the grassroots. His shift to a clear pro-European Union stance and the indication of a willingness to debate unilateral nuclear disarmament with an implacably opposed Parliamentary Labour Party (PLP) similarly show the precariousness of his position. On the other hand, his appointment of John McDonell as shadow chancellor brings a much-needed combative edge to Corbyn’s more consensual style of leadership.

Nevertheless, the right-wing of Labour has always been ruthless in expelling individuals who threaten its vision. Sooner rather than later, the left must now do likewise, driven by its new-found popular support. While Corbyn’s openness to debate is understandable in his attempt to foster a more democratic culture within the party, only if far-reaching institutional changes give the grassroots a dominant position of real power within such processes can this avoid attritional defeat by the right-wing PLP and bureaucracy.

Precisely such an inversion of hierarchy is needed if Labour is to become an organization that builds people’s independent capacities, engages with autonomous movements, and eventually enters the state with both a transformative program and the support of a radicalized and empowered social base. As critics such as Ralph Miliband have long argued, the party has never attempted to build this kind of base in any sustained way, as this would contradict its fundamental political philosophy.

It must now start to do so, otherwise capitulation will be the only choice if and when it gains office. In English Questions, Perry Anderson bluntly summarizes the futility of Labour’s almost exclusive focus on parliamentary politics at the expense of creating alternative structures of power within society:

“Parliament, the formal site of political power, is two quite different ‘places’ according to which party holds office … when a Conservative Government is in office, it is an integral part of a continuous landscape which extends in a smooth, unbroken space around it. When a Labour Government is in office, it is an isolated, spotlit enclave, surrounded on almost every side by hostile territory, unceasingly shelled by industry, press and orchestrated ‘public opinion’. Each time in the end it has been overrun.”

This suggests that, important as it is, victory in the 2020 election cannot be seen as a “shortcut” to real power. On the contrary, it will only be lastingly meaningful if it comes as a resultant and secondary factor, both strategically subordinate to and driven by the effort to establish confident and self-reliant social movements. In Anderson’s terms, a new counterhegemonic “landscape” must be constructed prior to the capture of the “place” of parliament.

However, as 2020 approaches, pressure to abandon this project will intensify as the logic of electoral politics reasserts itself over the logic of social movements. The former requires a united party, the targeting of “swing voters” and the appeasement of the powerful. The latter dictates intra-party conflict, the uncompromising demands of sectional interests, and the acceptance that you can’t make an omelet without breaking some eggs.

Much will depend on how far Corbyn’s supporters are willing and able to carry through the conflict this entails, particularly if and when such efforts undermine the immediate needs of electoralism. This is the real great unknown on which everything else hinges: How “radical” is Corbyn’s support, and what is its potential to radicalize further?

If splitting the Labour Party, inviting attack from globalized finance and idustrial capital, and possibly losing in 2020 as a result—or being assaulted even in victory—were to be the price of maintaining such radicalism, how far would this support base be willing to pay it? In real life, this question may not present itself with such clarity in a single moment of truth. But posing it in conceptual terms is crucial, and much depends on our answer.

Inevitably, there will be a compromise between these contradictory logics. The shape and timing of that compromise, and the degree to which it incrementally coopts sections of the still-nascent movement, will be determined by the balance of class forces. That, in turn, depends less on what Corbyn and the Labour Party can do for us, and more on what we can do for ourselves. 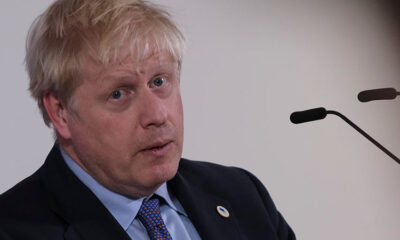 The Fight Is Not Over in the UK 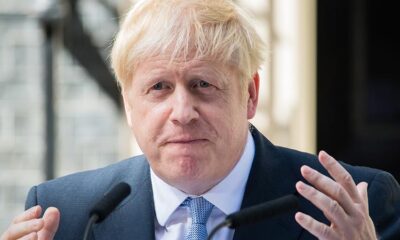 Britain May Back Boris to Get Brexit Done 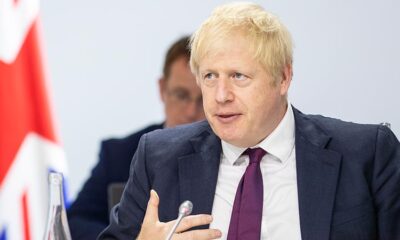 The Power of Influence in Postmodern Culture and Politics