With the Jewish community in Romania today numbering just a few thousand people, its tragic fate should serve as an example for what the outcome of political extremism may be.

During the last week of May, two distinct events took place in different parts of Romania: the unveiling of the bust of Nobel Peace Prize laureate Elie Wiesel in his native town of Sighetu Marmației in northern Transylvania; and the launch of the Day of Yiddish Language and Theater in the cities of Suceava and Rădăuți in Bukovina. In a country that during the interwar period hosted the third largest Jewish community in Europe, these events illustrate the ways in which a cultural legacy can be celebrated while also making continuing and much needed efforts to commemorate the tragic fate of this once thriving community.

In line with the latter aspect, another event that took place earlier this year deserves some more detailed consideration. On January 21, the public commemoration of the 1941 Bucharest pogrom took place in a different setting than usual. Organized by the Federation of the Jewish Communities in Romania, the Center for the Study of the History of the Jews in Romania and the Elie Wiesel National Institute for the Study of the Holocaust in Romania, the ceremony was set in the Jilava Forest on the outskirts of Bucharest, where around 90 Jews were shot and killed during the pogrom. Recently conducted research made it possible, for the first time in decades, to more accurately identify the location of the massacre, thus giving this year’s ceremony a special significance.

The Bucharest pogrom was part of the bloody ending of the National Legionary State, the regime established in Romania on September 14, 1940, and in which General Ion Antonescu and the Legionary Movement — the main fascist organization in interwar Romania — had full control of the country until the end of January 1941. The growing tensions between Antonescu and the Legion escalated and turned violent, leading to what was regarded as a full rebellion, in which the legionaries attempted to take full power. Beginning on January 21, violence swept over Bucharest and, because of an initial lack of adequate response from law enforcement, the city’s thriving Jewish community became a target for the legionaries. Many of Bucharest’s Jews fell victim to the numerous acts of vandalism and violence that took place over three days.

Contemporary accounts tell the story of the destruction brought about during the pogrom. Mihail Sebastian, a well-known writer from the interwar period, kept a detailed diary of his personal and public experiences between 1935 and 1944. Published in Romanian in 1996, with an edition in English brought out in 2000, the journal stirred countless debates regarding the extent of anti-Semitism in interwar Romania during the ascent of fascism in Europe in the 1930s, especially among the young generation of intellectuals.

Based in Bucharest, Sebastian experienced the violence of the legionary uprising firsthand, and wrote several pages regarding the events. In an entry written a few days after the pogrom, Sebastian vividly described the aftermath of the destruction of Bucharest’s Jewish neighborhoods of Văcăresti and Dudesti:

“The greater disaster was in Văcărești and Dudești, where not one house or makeshift hut escaped plunder and burning. Try to imagine the district ablaze on Wednesday night while gangs of hooligans went around shooting all those terrified people. Here and there, a few premises with Romanian names have been left standing. … Yesterday, Sunday, was the fourth day since the cataclysm, so a lot of the damage would have been concealed or removed. But it is still an overwhelming sight. And all this has hit the poorest of the poor, living in the most wretched conditions — small-scale craftsmen and traders, humble, careworn people barely able to scratch out a living. Here and there, beside the ruins, you see an old woman or a near-naked child crying and waiting. Waiting for what? for whom? In front of the morgue, hundreds of people wait in line; there are so many missing, so many unidentified corpses.”

The aftermath of the massacre in the Jilava Forest was described in a 1944 moving account entitled “The City of Slaughter” by famed journalist Filip Brunea-Fox, a tragic and suitable echo of Hayim Nahman Bialik’s poem about the Kishinev pogrom of 1903. The journalistic skills of Brunea-Fox managed to instill in the reader the raw images at the stage of the killings as seen recently after they took place. Regarding this atrocious episode of the pogrom, Sebastian also emphasized that “the stunning thing about the Bucharest bloodbath is the quite bestial ferocity of it, apparent even in the dry official statement that ninety-three persons (‘person’ being the latest euphemism for Jew) were killed on the night of Tuesday the 21st in Jilava forest.”

After the war, Matatias Carp, secretary general of the federation of Jewish communities in Romania, managed to put together, in a work entitled The Black Book: The Sufferings of the Jews of Romania 1940-1944, priceless documents and testimonies regarding the crimes and destruction that affected the Jewish community during the pogrom. Among them is a list of the 120 victims of the pogrom. The social profile of the victims was quite diverse and shows that no one was spared by the violence: shopkeepers, tailors, lawyers, civil servants, pharmacists, with some of them being World War I veterans or family members of war veterans who fought in the Romanian army.

Through its destructive consequences and public significance, the pogrom marked one of the darkest chapters in the history of Bucharest and Romania. The January 2018 ceremony can be regarded as part of a long and arduous road that Romanian society still has to go through in order to come to terms with its past. Ignoring or covering up such events can only hinder this much needed process. With the Jewish community in Romania today numbering just a few thousand people, it is only befitting that its rich cultural legacy should be celebrated, while its tragic fate should serve as an example for what the outcome of political extremism may be.

*[Centre for Analysis of the Radical Right (CARR) is a partner institution of Fair Observer.] 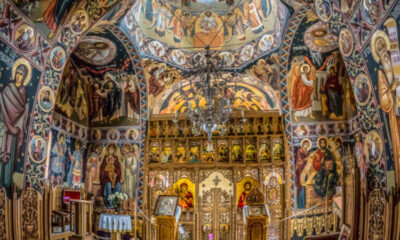 Romania Puts Homophobia on the Ballot 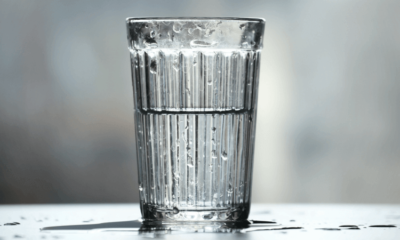 The Best of All Possible Worlds?