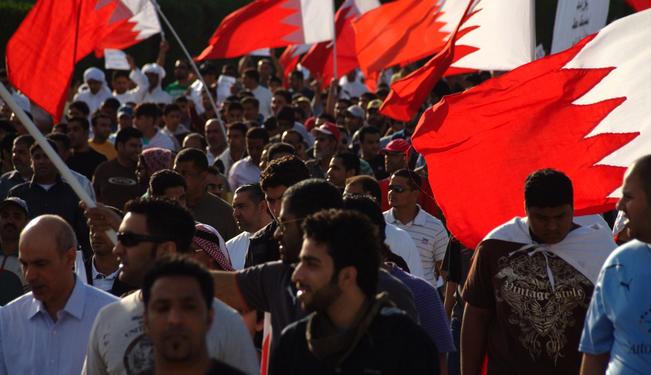 Bahrain needs more than just an image change to solve its long-standing problems.

Recently, Bahrain has been making progress not only in the realm of business, but also in matters of international affairs. Prior to the Dubai Airshow this past November, his Highness Sheikh Mohammad bin Rashid al-Maktoum, vice-president and prime minister of the UAE and ruler of Dubai, received King Hamad bin Isa al-Khalifa of Bahrain and his delegation. A number of issues of common interest, specially regarding the situation in the region, were discussed between the two rulers.

The king of Bahrain also met with representatives of the British government about the possible sale of Typhoon fighters, according to UK Defense Secretary Philip Hammond. According to Defense News, the secretary described the discussions with the king as "very fruitful” and stated that he hoped the Gulf nation would make “a decision to join the Typhoon family soon."

Dismissing any possibility of the deal being endangered over concerns about Bahrain's human rights record, Hammond explained that the deal has "nothing to do with the internal situation. Jets are about external defense of the country and allowing Bahrain to contribute to the defense of the Gulf Cooperation Council member states."

Following this wave of positive partnerships, Egypt and Bahrain vowed to reinforce security cooperation. In an article from the Gulf Daily News, it is stated: "The pledge came as Interior Minister Lieutenant-General Sheikh Rashid bin Abdulla Al Khalifa was received by Egyptian Prime Minister Dr. Hazem Al Beblawi." Beblawi thanked Bahrain for its support "which reflects the historical ties between the countries."

Sheikh Rashid said that Egypt will remain the strategic hub of the Arab world, and that the security and stability of Egypt is an Arab and Muslim goal. He hopes Bahrain and Egypt will continue to work together to confront the many "criminal conspiracies" in the region.

According to Ethnographic Edge, a geopolitical research center, the foreign policy implications of these meetings should be read within the context of an attempt by the Bahraini government to promote a positive image internationally. After recent government clashes with the country's Shi’a community, the Bahraini government seems set on establishing a higher degree of perceived stability, at least in the short-term.

This move towards stability comes both in the form of increased trade/diplomatic relations, and in an explicit communications strategy endorsed by the Bahraini cabinet. The government may be looking to quiet things down internally, too. Some see the charges the government recently brought against two senior Wefaq figures as a pressure tactic in preparation for an eventual settlement with the opposition.

According to the Bahrain News Agency, on November 17, the Bahraini cabinet met to discuss how to pursue “fair global and media recognition of the real progress Bahrain has achieved in politics, economics, social affairs and human rights.”

As a result of this meeting, all ministries and governmental bodies were instructed to compile and publish a list of all the good things they have done. The meeting also addressed a number of issues related to attracting big business to Bahrain, especially in the telecom sector, by mitigating the fears of instability.

Not by chance, then, preliminary talks towards a deal between Bahrain and British Telecom started in November. According to Trade Arabia, BT has discussed the possibility of establishing its regional headquarters in the kingdom. No decision has been made yet, but if a deal is reached, the UK firm would provide new services not offered by Bahrain's existing telecommunication operators.

It is not simply a matter of image, then. The cabinet's latest push can be seen as a response to the strain placed on Bahrain’s economic growth by instances of civil unrest. The Bahraini financial sector is still recovering from the rapid decline it experienced after the global financial crisis. The Bahrain Stock Exchange Index has still not recovered to anywhere near the 1,918.56 pre-crisis level, and its growth has largely stalled over the last half year, bringing it to a current value of around 1,200.

The government is worried that perceived instability might be serving as a deterrent to economic growth and FDI. This worry is compounded by a perception in the Gulf that the US’ reconciliation with Iran will be at the expense of its relationship with the Gulf monarchies. Despite this, Bahrain still supported the deal to curb Iran’s nuclear weapons program.

It is important to note that this push toward an image of stability is largely coming from the government's executive level, which is predominantly populated by individuals with close ties to the ruling family. Shi’a representation is extremely limited at this level. The executive branch of the Bahraini government is attempting to portray an image of Bahrain as a stable, polity circumventing other institutions, which would rather voice Shi’a concerns.The Bahraini parliament is one of these institutions which is still trying to let the voice of the Shi’a people be heard.

While Shiites are the second largest Muslim sect globally – after Sunni Islam – in Bahrain they are the majority. The population is now on the order of 58% Shi’a and 42% Sunni, but this is dramatically changing. According to the FARS news agency, the oppositional al-Wefaq and other political activists have accused the regime of “running an unfair and sectarian-based campaign against the Shiite community by ensuring that more Sunni foreign nationals are given the Bahraini nationality, while Bahraini activists are stripped of theirs unlawfully.”

These facts portend future problems even if Bahrain's image does improve in the short-term. Chief among them is a growing civil unrest that is slowly dividing the country and a lack of transparency from the government. It is difficult to solve deep-seated historical issues with better PR.

*[A version of this article was originally published by MESP.] 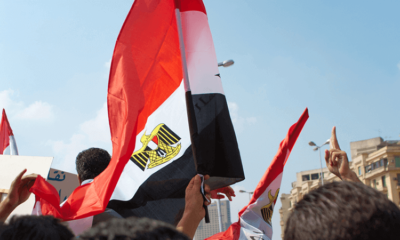