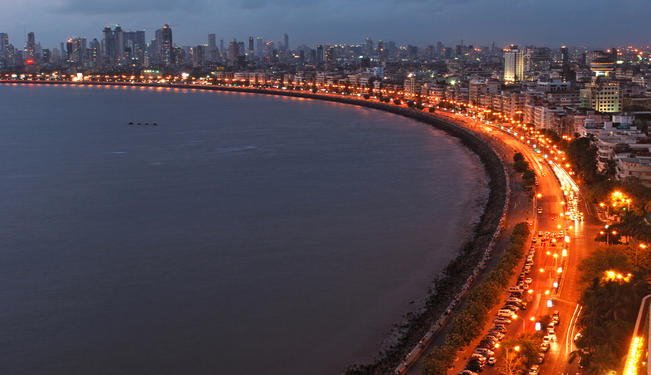 A Gallup poll finding that women in Rwanda and Bangladesh felt safer on the streets than women in the UK and Sweden needs to be treated with great caution. There is no correlation between 'feeling safe' and the objective reality of whether women are actually safe or not, says Rahila Gupta.

In a recent article on openDemocracy arguing that the pornification of Western culture undermines women’s fight for equality, Markha Valenta quoted a Gallup poll carried out in 143 countries in support of her argument. The poll found that women in countries like Rwanda and Bangladesh felt safer on the streets than women in developed Western countries like the UK, America or Sweden. Really? Valenta uses these findings to ask Western politicians, ‘Why did they not feel deep shame that countries poorer, many much more religious, some even totalitarian, offer women so much more safety and comfort in public spaces?… How many would dare to say, as they ought to, that when it comes to public space, we must create environments as safe for women as they are in Ghana, in Bangladesh, in China?’

There is no correlation between ‘feeling safe’ and the objective reality of whether women are actually safe or not as the readers of that article pointed out. In the UK alone, we have seen that women’s anxiety about safety exists in inverse proportions to the crime rate: anxiety rises even as crime rates fall. According to the poll, in the UK, 62% of women feel safe as compared to 82% of men, a gap of 20 per cent, whereas in India 69% of women as compared to 71% of men, a gap of only 2 per cent, feel safe walking alone at night. At the same time, a Trust Law/Reuters survey found that India was the worst of the G20 countries for violence against women, after Saudi Arabia. Either Indian women are deluded or such surveys need to be unpacked and treated with caution because incidents of violence against women in Indian cities are rife.

Newspapers report that women are snatched off the streets in Delhi and gang raped in moving cars. The shocking episode of a young woman being molested by a gang of 20 men outside a nightclub in Guwahati, Assam is only the latest in a series of gruesome attacks. The men who lay in wait for her had apparently harassed her inside the bar: because she had the ‘cheek’ to rebuff them, they planned to teach her a lesson. Apparently, when a TV camera crew turned up, they were trying to swing her around to face the cameras as a form of public shaming for visiting a bar as an underage girl!

Much of the public debate that followed was an agonised soul-searching about the nature of Indian society and the ethics of non-intervention both by the journalists and random bystanders, followed by the revelation that the news reporter himself egged the men on in order to get his scoop which shifted the focus to press ethics. Whether the men were egged on or not is a little beside the point: what is appalling is that these men think that their gross actions are justified in the name of upholding public morality by punishing the ‘bad’ women who frequent bars in order to protect the ‘good’ women who remain indoors. Just like the code of ‘honour’ is upheld by dishonourable means, notions of decency are upheld by indecent means.

It is the same frame of mind which drives the zealous policeman of Mumbai, Vasant Dhoble, whose moral crusades have taken him into bars to round up women drinkers and parade them in front of cameras as ‘prostitutes’. In a case brought by two sisters against the police for wrongful detention, the courts backed him saying that he was just doing his job. Unsurprisingly members of religious groups have supported his Taliban style policing. Women have been organising and fighting back. In January 2009, 40 men from a right wing Hindu group, Sri Ram Sena (Ram’s army), attacked women, who had ordered beer along with their lunch in Mangalore, so viciously that it resulted in two women being hospitalised. Video footage of this episode went viral, as did the humorous and innovative Pink Chaddi (knickers) campaign organised by the ironically named Consortium of Pub-going, Loose, and Forward Women. They encouraged their supporters to send pink knickers to the leader of the Sri Ram Sena: 2000 knickers of a target of 5000 were sent.

Whilst safety has always been a problem for women on the streets of Indian cities, this kind of vigilante action is relatively new and appears to be more prevalent in those cities where economic development has exploded since the 1990s. This was a time when new economic policies marked the end of the siege economy, opened India up to foreign investment and created employment for educated, young women to work in call centres and transnational manufacturing zones. Mumbai, as the primary commercial city of India, contributing the most to national revenue, has bucked the trend: it has a long tradition of women going out to work, cultural attitudes have had a chance to catch up which means that it has proved to be one of the safer cities in India for women, thuggish policemen notwithstanding.

But the rapid and uneven transition in other cities has not only forced a realignment of the interface between the public and private domains but created starkly different communities with starkly different value systems – India shining, technologically advanced, leading the field in the new economies and the old India driven by superstition, religion and conservatism. Although these binaries are not mutually exclusive, it has given rise to parallel, niche lives. Women find themselves trapped in an explosive mix of traditional attitudes and new roles when overlapping economic and social systems – feudalism, agrarian economy and neo-liberal capitalism – come crashing into each other.

These different Indias, living side by side, are like gated communities rarely interacting with each other, but when they do the consequences can be dire. If the young woman in Guwahati had been taken home by a chauffeur driven car, a facility available to most middle class women, she would have escaped that mauling. Gurgaon, a satellite city of Delhi, crammed full of malls and transnational companies built on agricultural land epitomises this clash. In the remains of the agricultural community not yet displaced by technological developments, there are high levels of female infanticide, caste violence and women trafficked from even poorer parts of the country to make up for the shortage of brides caused by infanticide.

At the same time, women working in the malls and transnational companies, who frequent pubs after work, are exposed to harassment and violence from men because, ‘Public spaces have historically been thought of as male spaces and Guragaon's men find it particularly difficult to deal with the fact that an increasing number of women – armed with their own resources – seek to share such spaces on equal terms.’ However, those women workers who use private transport like taxis and company cars provided by their transnational employers to go home are less likely to face harassment.

The police are often slow to act, not just because of corruption, but because like Vasant Dhoble, they may share the views of the perpetrators of such harassment that a bar is no place for a woman. And when such thinking is rubberstamped by religious forces, also on the rise because neo-liberalism rolls back the state and creates a vacuum for the growth of religious fundamentalism, then Indian women, who choose not to conform, place themselves beyond the pale. Whatever the Gallup poll may say, the truth is that public spaces in India are more hostile to women than the streets of Europe and recourse to the law even weaker.

*[This article was originally published in the independent online magazine openDemocracy on September 4, 2012].