At the end of July, Muslims will celebrate Eid al-Adha, the second of the two great Islamic festivals. It honors the willingness of Abraham to sacrifice his son as an act of obedience to God’s command. God had mercy on him and spared Abraham from losing his son. Abraham sacrificed a sheep instead. This story is part of all three Abrahamic religions: Islam, Christianity and Judaism.

In the Indian subcontinent, Eid al-Adha is known as baqreed. It is a time of feasting, rejoicing and piety. Unfortunately, for some, it has become a festival in which people compete with each other to sacrifice fine cattle. Not only is baqreed now an occasion to show off wealth, but it is also a time of much animal cruelty. With 600 million Muslims out of nearly 2 billion on the planet living in South Asia, this festival assumes global importance.

This year, Eid al-Adha comes at a poignant time. Around the world, millions have sacrificed much during the lockdowns caused by the coronavirus outbreak. The pandemic has taken and continues to take a heavy toll on life, health and the economy.

In South Asia, the term Muslims use for sacrifice is qurbani — or udhiya in Arabic — a word whose trilateral root, q-r-b, is related primarily to nearness, indicating that “sacrifice” is understood primarily as a means of drawing closer to God. Religions have had a history of sacrifice. Minoan and Aztec traditions included human sacrifice. Over time, religions such as Christianity and Hinduism took to animal sacrifice. If qurbani were to be read as a metaphor, the evolution of religion from the rite of human sacrifice to animal sacrifice is clearly noticeable. The story also demonstrates that sacrifice is an act of ibadah (worship), which is the core of Islam, denoting devotion and piety.

What Is Sacrifice All About?

Sacrifice is not about the destruction of property or taking of lives, but about giving something personal and precious for the larger social good. In a society where people did not have enough to eat, slaughtering cattle was a way to feed the hungry and the destitute. It was not only an act of devotion but also of charity.

The Quran makes this principle clear in one of its verses: “It is not their meat nor their blood, that reaches Allah: it is your piety that reaches Him: He has thus made them subject to you, that ye may glorify Allah for His Guidance to you and proclaim the good news to all who do right (Quran, 22:37).

As per the Quran, Islam is a revival of the earlier Abrahamic faiths that Muslims believe became corrupted over time. The festival of Eid al-Adha is part of this revival. For those who have the means, Islam treats sacrifice as a recommended but not obligatory act. Even in the hajj, the annual Islamic pilgrimage, this sacrificial rite is not an obligatory nusuk, the Arabic word for ritual. Cattle sacrifice is a nusuk that is performed as a surcharge when pilgrims combine hajj and umrah, the minor pilgrimage to Mecca.

Few realize that the rite of cattle sacrifice is not essential to Islam. What is essential is the ethic of sacrifice. There is hardly a verse in the Quran where the word for prayer, salah, is not conjoined with zakah (alms) or infaq (spending on the needy). This striking frequency with which these two words are mentioned has an important implication. If Muslims were to heed the call for zakah and infaq in a practical sense, the redistribution of wealth would be continuous and there would be no poverty in society.

The idea of sacrifice rests on the notion that human beings should be capable of parting with something deeply precious to them. Abraham was willing to part with his son. When Islam came into being, cattle were almost like family. Historically, nomadic cultures from Mongolia to Tanzania relied completely on animals who formed the very basis of life. In these cultures, animals often shared the same homesteads with families. When people were sacrificing cattle, they were almost parting with a part of one’s own self.

Furthermore, food was scarce in an earlier era. Hunger and poverty were rife. Protein was inadequate except for the ruling classes. So, cattle sacrifice provided people with protein-rich food and was an essential part of festivals. Sacrifice of some form or another has also been a feature of other religions. In the US, the tradition is to carve a turkey on Thanksgiving.

In the modern context, sacrificing cattle or turkeys is not quite the same as in times past. Cattle are now relatively cheap. Sacrificing them is almost a cop-out. People today need food, medicines and books more than one fine meat-rich meal. To qualify for qurbani (nearness to God), zakah (purification and growth of soul), sadaqa (truthfulness and sincerity with charitable acts) and infaq (disbursing the bounty of God), Muslims must sacrifice something of value today.

A Modern Interpretation of Sacrifice

The original meaning of cattle is property. In my native state of Bihar in northern India, it is still called maal, which literally translates to property. Yet even in places like Bihar, cattle are not as valuable as before. Nutrition has improved in South Asia compared to even 10 years ago. Poverty can still be grim, but it does not necessarily mean going to bed on an empty stomach even if the diet itself might be poor.

Traditionally, qurbani involves sharing. A third of the meat goes to the offeror’s household, another third to friends and family, and the final third to the poor. Yet now, fewer South Asians depend on cattle for their livelihood or need it for their diet. Getting some meat on a festival does little to change their wellbeing.

Sacrificing cattle on Eid al-Adha today is observing the letter of the law while violating its spirit. Baqreed is about sacrificing something valuable and sharing it with people to make a difference to their lives. Therefore, we must answer an important question: What is valuable to qualify for qurbani?

There is another ethical and philosophical question involved. Should life be sacrificed in the name of God? Human beings do not develop canine teeth like lions or wolves. Neither do we have short intestinal systems like them. Human beings only started eating meat after discovering fire. The heat softened up meat, making it not only edible but also delicious. Our species could survive and our planet would thrive if we could wean ourselves off meat.

Some religions such as Jainism hold all life to be sacred. Even in Islam, killing an animal to eat it is no ordinary matter. It requires a special dispensation from God. That is why Muslims invoke the name of Allah at the time of slaughter, which in turn is prescribed in some detail and the meat that results from this process is called halal (permissible). Yet meat-eating is not an essential feature of Islam and neither is cattle sacrifice.

Muslims envisage God as merciful and compassionate. In fact, the philosopher Karl Jaspers pointed out how compassion became a central tenet of religious ethics between the 8th to the 3rd century BCE. In this period, new ways of thinking appeared around the world from India and China in the east, Persia in the Near East and the Greco-Roman world in the West. Jaspers termed this period the Achsenzeit or the Axial Age. It changed religion and philosophy forever.

In India, this was the time when the Vedic sacrificial cult came under attack. Heterodox philosophies like Jainism and Buddhism caught fire. They brought in a new culture of peace, non-violence and compassion. Now called the Sramanic traditions, they challenged the hegemony of the Brahminical faith. The Brahmin tradition was only able to mount a comeback by renouncing its sacrificial cult and embracing ahimsa, a doctrine of non-violence that included vegetarianism as an essential tenet. Out went the killing of animals, in came the worship at the temple with which modern Hindus are intimately familiar.

We are living in another transformative age. The ideas of vegetarianism and veganism are gaining ground around the world. Most Muslims have largely ignored these ideas. However, if Islam is to remain relevant, it will have to undertake a reformulation. At a time when people are turning against animal cruelty and taking lives, a sacrificial cult that kills cattle by the millions does appear anachronistic and far from modern.

In the past, religions evolved from human to cattle sacrifice. Should they not evolve again to another form of sacrifice? After all, God tells us, “It is not their meat nor their blood, that reaches Allah: it is your piety that reaches Him” (Quran 22:37). 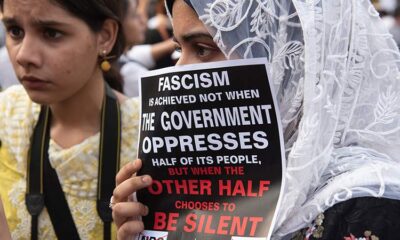 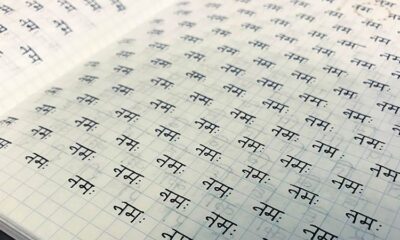 Why Can’t a Muslim Scholar Teach Sanskrit in India? 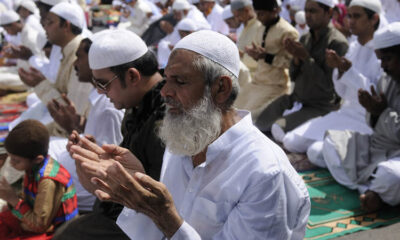