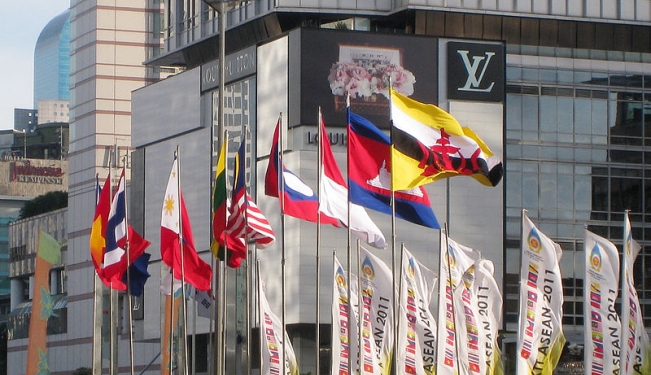 Analysis on Myanmar’s desire to gain the chairmanship of ASEAN and reactions to this effort.

Myanmar’s bid to assume the chairmanship of the Association of Southeast Asian Nations (ASEAN) in 2014 is looking more assured. A successful bid would be a victory for the newly elected government’s attempts to convey legitimacy, but will be unpopular with the country’s opponents and may be shunned by the West.

Indonesian Foreign Minister Marty Natalegawa, acting as chairman of ASEAN, said late in September that he would travel to Myanmar in October to assess whether the government is on track with democratic and economic reforms. ASEAN has made it a point to require states to adhere to certain principles of democracy and constitutional government as well as human rights norms.

It is crucial for Naypyidaw to show that it is making headway in order gain support for its bid for the 2014 chairmanship. The government requested to exchange places with Laos during a foreign minister’s meeting in April. Since then, the grouping has put off making a decision, saying that an Indonesian-led assessment trip would have to be conducted first. Natalegawa said he will make it a point to listen to Myanmar civil society groups and meet with opposition leader Aung San Suu Kyi to get their views on apparent current reform efforts.

The grouping announced it had considered Naypyidaw’s proposal in May. Secretary General Surin Pitsuwan announced at a press conference the same month he thought Naypyidaw was read, but made it clear the grouping would have to seek the opinion of its dialogue partners. Naypyidaw’s confidence was boosted after the ASEAN Foreign Minister’s meet in Bali on May 19, when Natelegawa announced the grouping was “positively considering” the proposal.

Myanmar appears desperate to win ASEAN’s approval as a way of establishing much needed legitimacy for its newly installed democratic government. Last year elections, although endorsed by ASEAN, were widely seen as contrived by much of the international community. Critics say the elections were designed to assure a win for the Union Solidarity and Development Party (USDP) allied to the former military junta. It has not been lost on observers that the military is constitutionally guaranteed twenty-five percent of seats anyway.

Myanmar was passed over for the 2006 chairmanship of ASEAN under strong pressure from the West, and the US in particular. Dissatisfaction centered on the country’s poor human rights record and a lack of demonstrable progress toward democracy. The chairmanship is rotated annually on an alphabetical basis making Myanmar ineligible until 2016, after Malaysia.

Although Myanmar has some support from other newer members Laos, Cambodia and Vietnam, the older nine members have displayed a wariness of allowing Myanmar too much of a lead role in the organization. Its poor human rights and economic record made it a controversial admission in 1997. Since then, the grouping has been repeatedly embarrassed by the regime, especially after a heavy-handed crackdown against peaceful protestors led by Buddhist monks in 2007. ASEAN has frequently found itself defending the regime out of support for the grouping’s adherence to non-interference in domestic affairs despite the distaste shown my several member countries for the military junta’s methods or rule.

Since the inauguration of a new parliament in March, however, the new government has been at pains to show a reformist bent concerning political and economic issues.  Naypyidaw’s more nuanced policies may to some degree be aimed at meeting expectations expressed by ASEAN and mitigating concerns over its potential chairmanship.

President Thein Sein has made poverty and corruption important points in policy speeches. There has been a limited relaxation of media censorship rules.  A controversial dam project being constructed with Chinese investment was put on hold, seemingly in response to widespread displeasure both in the public and among elements of the government and military.

In perhaps the clearest indication of reform, the government began the release of 6,359 prisoners in October, including, so far, 220 political detainees. While far short of the nearly 2,000 prisoners of conscience estimated to be in Myanmar’s prisons, the move is a departure from previous policy, Earlier this year Burmese officials denied there were political prisoners and a release of some 14,000 prisoners in May included very few sentenced for political offenses.

Equally important has been the improvement in treatment of opposition leader Aung San Suu Kyi. Recent meetings with government officials including President Thein Sein together with participation in a workshop on poverty alleviation have played well. Suu Kyi told reporters after meeting Thein Sein that “the president wants to achieve real change.” She recently qualified her statements in an interview with the BBC Burmese language service saying that while she believes Thein Sein is interested in reform, the international community needs to continue closely watching the country to determine whether the recent efforts are genuine and sustainable.

China has been supportive of Myanmar’s bid for the chairmanship, but the West is more wary. Derek Mitchell, the US’s recently appointed Special Representative and Policy Coordinator for Burma (the United States uses the former name of the country, changed by the regime in 1989) voiced his concern over Myanmar as chair of ASEAN during his confirmation hearing. Following a recent trip to the country where he met with members of government as well as with Suu Kyi and other opposition figures, he said there were signs of change. However, he also called for “concrete” steps to ally the international community’s doubts about the government’s commitment to reform and reconciliation.

By allowing Myanmar to take the chair in 2014, ASEAN risks a refusal by the US and the EU to participate in regional meetings for that year as was threatened in 2005. However, times have moved on with both the US and EU seemingly more willing to engage with Naypyidaw. Should the government continue down its reform path, the West may be less reticent to boycott regional meetings such as the East Asia Summit and the ARF which have resonance far beyond the Myanmar issue, including dialogue with China.

Hardline critics of the government are highly dubious of the regime’s efforts. They point to similar moves by the former military regime to appear conciliatory to avert international criticism, only to crack down on opposition later.  The government’s continued violations of human rights, and ongoing military campaigns against the country’s ethnic minorities are cited as examples of business as usual. There is also speculation that the latest prisoner release may be a cynical move to curry favor with the international community since few high profile prisoners have been included in the amnesty.

In early May, Human Rights Watch’s Deputy Asia Director, Phil Roberston, strongly objected to Myanmar’s bid saying, “Burma's human rights record is an extremely sorry one. They still have over 2,000 political prisoners in jail, forced labor being used all over the country, people raising the issue of a possible UN commission of inquiry on Burma" He went on to say, "For ASEAN to have Burma chair it with that kind of record would basically create a reputational risk to ASEAN that would be far too great. That would make ASEAN the laughing stock of inter government organizations."

There is a fear that should Myanmar’s new government be provided too much legitimacy without proving the genuineness or sustainability of reforms, the international community will be deprived of critical leverage. There is also a desire to not let the regime off the hook for current and past abuses, especially while pursuing a UN-backed Commission of Inquiry into human rights abuses in the country. The government, and especially the military, are accused of pervasive human rights violations.

At the other end of the spectrum, the International Crisis Group (ICG), is more positive about Myanmar’s reforms and the role its chairmanship of ASEAN may play in furthering them. In a September report, it posited that conferment would galvanize reformers in the country by giving them real deadlines to work towards in their restructuring of the country’s political and economic system.

Myanmar’s desire to display its legitimacy will force it down a reform path that will be difficult to reverse. If successful, it may foster an environment that will encourage its main detractors in the US, Canada and the EU to participate at the head of state or foreign minister level in ASEAN forums such as the ARF, East Asia Summit and ASEAN Summits in Myanmar in 2014.

Denial of the bid, proposes ICG, would undermine the reformists and provide ammunition for more hardline elements to assume control. Without the ability to use preparation for the chairmanship as a tool, reformers in government, including Thein Sein, would find it difficult to maintain the pace of reform.

It seems increasingly likely that Myanmar’s push for the chairmanship will be accepted, with a probable announcement at the ASEAN Summit meeting in Bali in November. With so much attention placed on the bid, and an upcoming assessment that will likely only rubber stamp pre-determined findings, it would be exceedingly awkward for it not to be offered. If Myanmar’s chairmanship is a foregone conclusion, then time may be approaching for both the government and the opposition to work out new ways of dealing with each other. 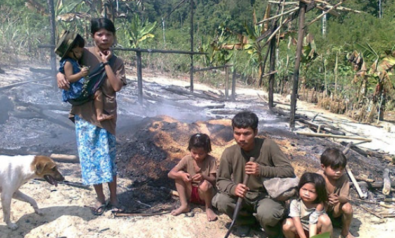