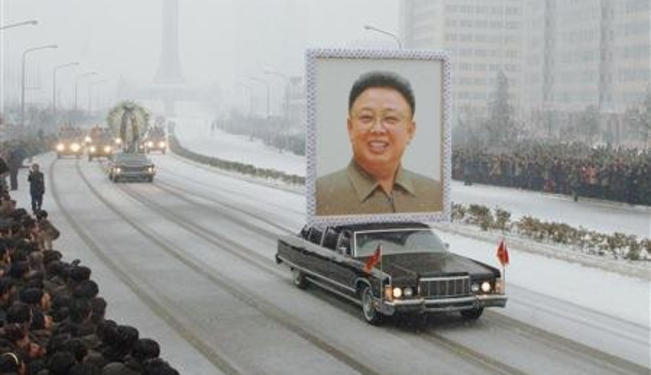 Kim Jong Il’s demise has a broader resonance, rounding off an annus horribilis for dystopian despots worldwide. Even with an orderly transfer of power to his son, Kim Jong Un, the “Dear Leader’s” brand of leadership will be hard to replicate under North Korea’s straitened circumstances.

Shortly after the summary execution of Libyan leader Muammar Gaddafi, Kim Jong Il was labelled as the last man standing among the old-fashioned dictators. No longer. Though far removed from the Middle East- North African Arab Spring, and dying of a heart attack on 17 December 2011, Kim’s demise rounds off a year of retribution for dystopian dictators across the world.

Kim Jong Il’s passing has obvious significance for North Korea’s future and regional security. Despite encouraging signs in recent talks between North Korean and US officials, his death will, in the short term, force an inevitable North Korean retreat from substantive international engagement. Pyongyang’s announcement that it would not be inviting foreign dignitaries to Kim Jong Il’s funeral, breaking precedent from his father’s widely attended obsequies in 1994, suggests that self-isolation may run well beyond the official 12-day mourning period ending on 29 December.
Successor inexperienced

Beyond the large-scale ceremonial displays of grief, the shutters are coming down in Pyongyang to smoothen the succession to the post-Kim Jong Il era. While Kim Jong Il’s death came suddenly, it was not wholly unexpected. Indeed, the crisis response machinery in Pyongyang had a trial run following his debilitating stroke in 2008. Over the past 18 months, aware of his own failing health, Kim Jong Il was able rapidly to elevate his third-born son, Kim Jong Un, to the status of four-star general and vice chairman of the Party’s Central Military Commission. As the anointed successor, Kim Jong Un’s primacy in the unfolding succession is therefore clear, but incomplete. This second hereditary transition in North Korea’s history will take time, placing other major policy decisions on hold.

Aged just 29, Kim Jong Un is manifestly inexperienced and lacks an organic military pedigree. De facto power is likely to rest in the tested, capable hands of his uncle Jang Song Taek and aunt Kim Kyong Hui, Kim Jong Il’s sister, together with military and Party leaders. While this Kim family-centred pyramid is designed to ease the transition for Kim Jong Un, there remains the wild card risk of elite instability arising from a contested succession. Now that Kim Jong Il’s restraining influence is gone, one of Kim Jong Un’s siblings and/or other disaffected members of the elite retain the nuisance potential to place obstacles along the route to his formal ascent of power, especially if existing lines of patronage are disrupted in the process.

Equally, Kim Jong Un could himself tire of regental restraints and opt for a riskier path in order to fast-track his rise: 2012 has already been heralded as a threshold year for North Korea’s development, marking the 100th anniversary of the birth of Kim Il Sung (a physical resemblance has clearly been cultivated in Kim Jong Un). Such palace dynamics, though opaque, may find expression in erratic policies, or in the worst-case scenario, play out in external adventures such as the military confrontation with South Korea in 2010.

In North Korea’s external relations the three most influential states are China, the United States and South Korea, while Japan is also important. Although Kim Jong Un did not accompany his father on his final visits to Beijing, China maintained its diplomatic backing for Pyongyang during the prolonged North-South tensions of 2010 and, critically, has reaffirmed approval of Kim Jong Un’s succession in its official message of condolence. As inter-Korean economic exchanges have frozen in recent years, Chinese businesses and investors have largely filled the gap, increasing China’s stake especially in natural resources and infrastructure projects. Whereas Kim Jong Il excelled at maximising North Korea’s room for maneuver, China’s forward position is more likely to constrain Kim Jong Un.

Although the Six Party Talks have been suspended since 2009, tentative US-North Korean contacts were renewed earlier this year. Further substantive contacts are unlikely for weeks, if not months, as North Korea consolidates internally. While Kim Jong Il’s passing need not signal a shift in North Korea’s nuclear policies, there are also guarded grounds for optimism. Last week’s reported progress on uranium enrichment during US- North Korean talks in Beijing could yet prove significant if this can be parlayed into a “legacy” position of the Dear Leader. Seasoned North Korea watchers may see parallels with the genesis of the Agreed Framework nuclear negotiations, jump-started in 1994 in the aftermath of Kim Il Sung’s death. Some may ponder the parallel between both Kims’ sudden deaths, by heart attack, and a dynastic succession coinciding with a moment of potential crisis or breakthrough in US-North Korea relations.

As for inter-Korean dynamics in the post-Kim Jong Il era, new management may arrive sooner in the South than it does in the North, with presidential elections due in December 2012. With this relatively short run-up to a potential and – from the North Korean viewpoint – favourable change of government, even hardliners around Kim Jong Un may baulk at renewed provocation south of the 38th Parallel. However, tensions, already heightened by a standoff over South Korean Christmas tree displays in the Demilitarized Zone, will remain high as both Koreas stay on maximum military alert in the coming weeks.

*[This article was originally published by RSIS on December 20, 2011].