Is it ethical to buy clothes produced in a sweatshop?

They’ve become political hot potatoes, often making tragic headlines. They are a symbol of what campaigners say is wrong with capitalism and the multibillion-dollar clothing industry. Mass-production textile factories in developing nations are usually painted as places where workers are exploited only for developed nations’ multinationals to make great financial gains. In 2014, the United States imported clothes that sold for about $80 billion, and that number is predicted to rise.

Many campaign groups in the US demand that sweatshops be shut down altogether, but the solution is not as simple as that. There are 60 million skilled and unskilled workers in the textile industry around the world, the great majority of which are women, and some are children, many working in sub-par conditions.

But can closing down sweatshops be the salvation they need from perpetual poverty and maltreatment?

Not so, says Benjamin Powell, a professor of economics and business at Texas Tech University who, controversially, argues that sweatshops are economically and socially beneficial to the countries they’re in.

“If you care about the consequences for the lives of developing nations workers I believe it is ethical to buy products made with sweatshop labor,” he says. Powell argues that sweatshops are not exclusive to poor countries in our modern, globalized world.

“My ancestors worked in the mills in Massachusetts. For the United Kingdom and the US, the process of development took more than 100 years to move through the sweatshop phase,” in which women and children worked in cotton mills, factories and manufacturing, he says.

Powell doesn’t suggest that sweatshops should be permanent fixtures but a stage in the development of developing nations, and they “often pay far above the levels of extreme poverty that exist in these countries and often even better than the countries’ average incomes. In 1960, Hong Kong, Singapore, Taiwan and South Korea all had sweatshops,” he says, but “in a generation they jumped from a pre-industrial standard of living to first world status.”

Many countries around the world have been built on intensive labor industries, and sweatshops are a major factor in getting people out of low paying agricultural work and into big metropolises, where they can move up into better paying roles and have better lives.

But for the millions of people living in these sweatshop economies where conditions are extremely harsh, the idea that things will be better for future generations isn’t going to help their lives now.

In developed nations, citizens have available to them unions to protect worker rights, laws that defend those that have been treated unfairly and a government that supports the underserved. And though sweatshop workers in developing nations very rarely have or are allowed most of these, for many, it’s still the first choice when it comes to getting a job.

Nasreen Ahmad, a 38-year-old, has been working in intensive garment factories in Pakistan for over a decade. After she married at 19, her husband was abusive and wasted their family’s living expenses on alcohol. When he died ten years ago, Ahmad had little hope of getting help from the government, and she didn’t want to live on family handouts to support herself and her four young children.

“My life before working in the factories was really tough. It was so hard that I had no happiness at all. When my husband died, my in-laws put a lot of pressure on me to leave their house with my children. So I had to work, it was essential for my family that I work.”

“I am thankful to God for my job. It’s barely enough, but still enough to rent a room and live with my children,” she says. Ahmad says that her wages provide enough to send one of her two daughters to school, and that her sons are now grown up. While working in a factory is not what she wants for her children, she says her family would have nothing without it.

“Working in the factory is a lifeline for women like me,” she says, adding that she hopes her children will have a higher standard of living because of the opportunities she is able to provide them now.

But Ahmad’s job affords her only the basics. She’s been doing the same job for over a decade without progressing. Ahmad doesn’t receive rewards proportional to what the factory owner and ultimately the brand that her garments end up as make.

Aside from the fact that the clothes Ahmad makes cost hundreds of times more than what she gets paid for them when they end up in department stores, there are other basic issues with working intensive garment factories that even the most devout supporter of sweatshops can’t ignore.

“About 4 million people in Pakistan work in the textile industry and 95% of them never get the paperwork to prove it,” says Nasir Mansoor, deputy director of Pakistan’s Nation Trade Union Federation. “This means there’s no way for them to fight for their rights if something isn’t right.” The garment sector, he says, has some of the worst conditions for workers in the country.

“All garment factories, by law, have to register with the Pakistani government, but we estimate that 90% fail to do so and the government doesn’t enforce the law. It wasn’t too long ago that even inspecting the factories that were registered became outlawed in some provinces so there was no way to know what was happening in them either.”

It was only after the Karachi garment factory fire of 2012 that killed nearly 300 people and injured a similar number that the inspection ban was lifted.

Sajida Khanum, a 45-year-old, has only ever worked in sweatshops. She doesn’t want to disclose which factory she’s working in now for fear of losing her job and being blacklisted from working in factories again.

She says there is no security in her job, and that sometimes, when there is not enough work to do, she has to beg her contractor for work. Khanum gets paid about 40 cents per item she makes. “We have to work fast because we get paid per dozen garments.”

Khanum has been working in garment factories for 15 years. She says most workers live the contradictions of working in sweatshops. “We all do it because its necessary, what else are we to do? I’m uneducated, all I know is this job.”

It might be a hard pill to swallow, but what Pakistani garment industry workers Ahmad and Khanum say reflects what Powell has found in his research.

“When workers choose to take employment in a sweatshop, it demonstrates that they believe it is the least bad option available to them,” he says. “That means that, relative to their previous situation, these sweatshops improve their lives.”

Closing sweatshops isn’t the answer, because millions of people around the world will be left without an income or a safety net to fall on, and the burden on the country would be unbearable. But maintaining the industry in its current state is keeping some in perpetual poverty.

Europe and the US do have a system of checks and balances in place to try to make conditions in intensive garment factories better. The European Union has the Generalised Scheme of Preference, or the GSP+ status. The scheme awards countries that try to ensure workers get a livable wage and maintain good conditions in factories as part of 27 commitments that factory owners would make to workers. Pakistan was awarded the GSP+ in 2014, making it a preferred trading country for the West, but little has actually been done to benefit the workers.

It’s the brands that make the huge profits and those that buy from them that can make any real change, says Mansoor. “It’s a hallmark of foreign brands. They pretend to observe the social and human rights of the countries they are from but these companies, they betray the commitment they have in their countries by not applying them when they buy from sweatshops here.” Mansoor holds these foreign clothing brands responsible for conditions not changing for the better.

So what’s the solution? Most pro and anti-sweatshop advocates agree that it’s a multi-faceted one. Regulation is often cited as a real stumbling block for garment factory workers. By giving countries the GSP+ status, the importing countries are making efforts to encourage this practice, but that needs to feed down to the factory floor.

Accountability of the big brands is a major focus point for advocates and governments alike to try make sure that when disasters like the Rana Plaza or Karachi fire occur, lessons can be learned and organizations held responsible. No one disagrees with the idea that big brands should abide by the ethics and standards they set themselves.

What it boils down to is this: Giving the garment worker a 100% pay rise from 50 cents to $1 per garment costs the brands and factories little, but it can transform sweatshop workers’ lives. But the will and pressure has to be there to make this happen.

*[This article was originally published by Glammonitor.] 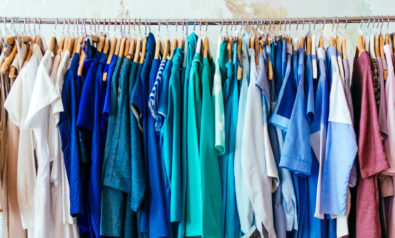 Fixing Fashion to Save the Planet 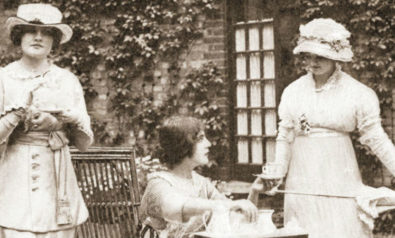 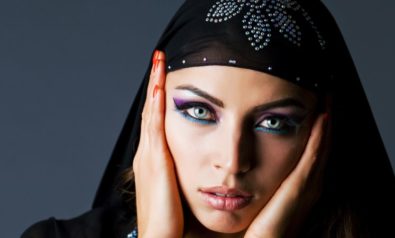 The Rise of “Islamic Chic” and Hijab Haute Couture