Globally, the short-term changes in pollution levels associated with COVID-19 lockdown measures highlighted the importance of investment in renewable energy sources more than ever. India’s National Solar Mission was set as one of the policy initiatives under the National Action Plan on Climate Change in 2010. As a signatory to the 2015 Paris Climate Agreement, India has committed to generating 175 GW of renewable energy capacity by 2022, which included a major share of 100 GW from solar, 60 GW from wind, 10 GW from biomass and 5 GW from hydropower.

Can a New Generation of Nuclear Reactors Help Us Transition to Renewables?

Though the shift to renewable energy sources was already underway, the pandemic has reinforced the need to speed up the transition. In a bid to attain its renewable energy targets, during the UN Climate Action Summit held in September 2020, India raised its commitment to 450 GW of renewable energy capacity by 2030. With this ambitious revision, the National Solar Mission has been acclaimed for strengthening India’s position in decarbonizing the coal-dominated power sector, with bold steps being taken to phase out coal-based power plants with 14 GW capacity. Additionally, a favorable market for renewable energy assures that India will achieve its first target of 175 GW before 2022. With a large number of renewable energy projects expected to start operation, India has already reached 125 GW of clean energy capacity.

With around 300 sunny days a year and a potential 748 GW solar energy output, India is using the National Solar Mission to harness this power. The World Bank’s 2017 report highlighted India’s commitment to expanding its solar energy sector, and with prices on solar already down 82% over the past decade and projected to fall a further 66% by 2040, it should make India’s commitment to provide 24/7 electricity to its entire population by 2030 less costly. The current tariff per unit of solar electricity has reached a record low of 1.99 INR. Although this has created a challenge for developers to make solar projects economically viable, a power revolution is on its way.

With all its efforts, India now has the fifth-largest solar energy deployment globally. Recently, India has announced the development of the world’s largest floating solar energy project with 600 MW capacity in Madhya Pradesh to be completed by 2022-23, with in-principle funding agreed with the International Finance Corporation, the World Bank and Power Grid. A further boost to India’s solar power supply is set to come from revised metering regulations on rooftop installations, which accounted for just 4.6 GW at the end of 2020. According to the International Energy Agency’s India Energy Outlook 2021, the country expects an 18-fold increase in the share of solar in the national power supply by 2040 from the current level of just 4%.

With an electrification rate of 95%, India has progressed significantly for a developing economy. The bigger challenge now is to ensure sustainability. In hopes of providing reliable, clean and affordable electricity for all, back in 2016, India predicted an expenditure of $1 trillion by 2030. Another $845 million would be devoted to establishing transmission and distribution networks by 2040, as per estimates by the International Energy Agency. An important issue that attracted the government’s attention is the storage of solar power to address the flexibility of power systems. The government plans to expand the electricity infrastructure with three core values: safe technology, open-access technology and clean energy incentives.

The expansion of clean energy sources comes with some other potential benefits. In leading the establishment of the International Solar Alliance, India is actively encouraging 121 solar energy-rich countries to participate in the sharing of technology and finance to eliminate poverty. Poverty elimination will come with the creation of jobs in producing clean energy and affordable solar power. The industry is expected to generate around 300,000 jobs by 2022, with rooftop solar expected to be a major employer.

Around 36,000 suryamitras, or skilled solar technicians, and 1,450 solar rooftop grid engineers have been trained in 2018-19 to accommodate growing requirements. Solar energy has also proven effective in improving the quality of life in rural India, with 12,000 solar pumps being distributed to farmers in Chhattisgarh state at a subsidized rate under the Ujjwala Yojna scheme in 2017, a clear step toward making clean energy more accessible.

Policy measures like reverse bids, tax-free solar bonds, long-tenor loans and government subsidies have created a positive outlook for promoting renewable energy. Recently reported low tariffs for solar power costs are encouraging both for local and foreign investors. However, the effect of the nascent goods and services tax (GST) on investment in photovoltaics and renewable energy is still contentious.

Before the new tax regime was launched in 2017, developers raised concerns over losing the tax exemption on the equipment used in solar projects. However, India’s Power Ministry was confident that the removal of tax exemptions on solar production will have no significant effect on India’s clean energy initiatives due to already low tariffs on renewable energy. Additionally, the decline in global coal-based power generation has reinforced the commitments to make renewables a major source of the energy supply chain.

However, according to a 2019 study by the Council on Energy, Environment and Water and the International Institute for Sustainable Development, the GST regime has raised the costs of photovoltaic power generation by nearly 6% while at the same time reducing the price of generating coal power by 1.6%. While coal-based powerplants are currently running on an all-time low operating capacity of 51%, a reduction in coal prices would discourage rural populations — around 70% of India’s population live in villages — from shifting to solar power for daily needs. For most Indians, liquified petroleum gas serves as the primary source of cooking fuel. If consumers can’t get easy access to cheap solar cookers and appliances under the current GST regime, it will be difficult to expedite the extension of solar technology to the wider population.

While marginal increases in costs will be short-term pain for manufacturers and power companies, this may also delay projects and affect the government’s National Solar Mission target. Investors will have to demand extra support from the government and banks for their existing projects. Under these circumstances, it would be interesting to see whether India receives further foreign investment. If the cost of power generation in India does rise, it would negatively affect initiatives being undertaken in past years to encourage renewable energy growth.

Last year, the Solar Power Developers Association petitioned the GST Council to reassess the tax structure of solar projects. Photovoltaic contracts include a 70:30 ratio on the valuation of goods and services that sets the tax rate at 8.9%. The solar power industry is seeking the ratio to be changed to 90:10 as 90% of the value of solar contracts is constituted by materials while 10% comes in the form of services. This would take the GST tax rate to 6.3% and give support to solar projects. Renewable energy players are eagerly awaiting the GST regime’s reevaluation as a much-needed step toward India achieving its sustainability targets. 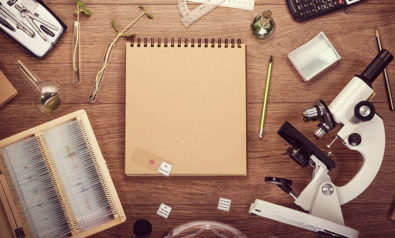