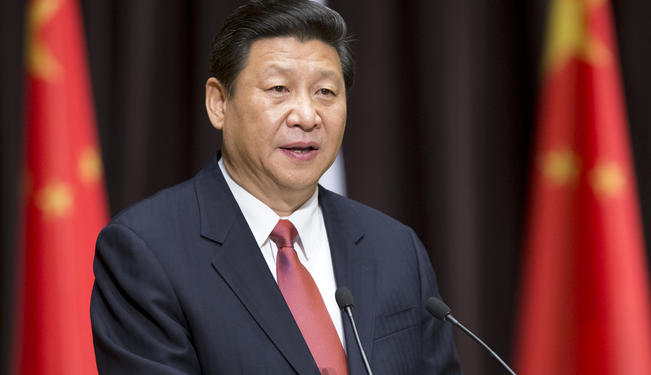 The Great Game takes another twist in Central Asia.

Chinese President Xi Jinping has recently been busy in Central Asia, on a trip that coincided with a meeting in Kyrgyzstan to attend the 13th summit of the Shanghai Cooperation Organization (SCO). While many China observers concentrate on the nation’s political and trade dynamics with the United States and Europe, for me, the key to really understanding China and its position in the world is how it is influencing, and being influenced by, countries closer to its borders (i.e. Central Asia and the ASEAN bloc).

While on his Central Asian tour – which included visits to Turkmenistan, Kazakhstan, Uzbekistan and Kyrgyzstan – Xi discussed the forming of an official “economic belt along the Silk Road,” stating that it was home to “close to three billion people and represents the biggest market in the world with unparalleled potential.” On the sidelines of the SCO Summit, Xi also met with Russian President Vladimir Putin, indicating that the “Great Game” is now just between these two superpowers with Britain now long absent and the United States mainly bogged down in military adventures. Also intriguing was the presence of Iranian President Hassan Rouhani; the mooted zone also includes Iran and thereby stretches all the way to the Caspian Sea.

The ultimate aim of the proposed Silk Road economic belt is to complete infrastructure and then develop trading points all the way along the route and into Europe. Not since Genghis Khan took his warriors to the gates of Moscow has there been such a gigantic expansion westwards from Asia. Russia’s official policy on China’s expansion into its previously ruled territory may be rather more pragmatic than emotional, as the Russians generally are. The Kremlin spin is that both the Russian and Chinese economies are complementary – China’s “sizable financial resources” match Russia’s “technologies, industrial skills, and historical relations with the region” according to Putin’s aide.

Accordingly, Xi’s strategy makes sense. As the only power in Central Asia that can afford both financial, military and mass population support, China is poised to potentially transform Central Asia from the backward days of the Soviet Union, while cementing peace via encouraging trade and helping to develop infrastructure in ways in which the Russians have lately appeared unable to do. How Putin feels about this remains to be seen, but in reality he has little choice. Russia has enough infrastructure developments of its own to keep the country occupied, and it just doesn’t have the build-operate-transfer demographics to complete projects that China does.

Additionally, with the region controlled by autocratic governments of similar minds to that of China’s Communist Party leaders, the political dynamics match. This means that a China-Russia-Iran axis is likely to develop core interests in European markets, affecting the organization’s political and trade relationships with governments and countries throughout the EU and beyond. It also means that you upset Iran at your own peril. Moscow recently delivered the operation of Unit 1 of the Bushehr nuclear power plant over to Iran. So much for American sanctions.

However, China’s primary objective at this stage in developing the old Silk Road route is mainly to do with energy – the country is energy deficient and must import. Redeveloping trade routes across Central Asia gives China access to numerous oil and gas deposits, and some of these are already transforming the economies of many Central Asian nations. An example is Turkmenistan, and while there, Xi inaugurated one of the largest gas fields in the world, known as Galkynysh. Most of the gas will flow through the pipeline to China, built by the Chinese at a cost of $8 billion. However, Turkmenistan’s economy now virtually depends on natural gas exports to China; creating dependency has always been part of Beijing’s ultimate strategy.

China will also finance and operate the proposed Kyrgyzstan-China gas pipeline, which will be a key part of the fourth Turkmenistan-China pipeline. Sharing with friends to promote and ensure regional cooperation with friendly dictatorships is a sound policy in Beijing’s eyes. And after all, the West (including the United States) has been unable to make such inroads.

Beyond the energy gambit, the route will also begin to offer development potential for trade. That is also key to China, not least because it recognizes that keeping the peace in what can be a volatile region is essential. Urumqi is already Central Asia’s wealthiest city, and that is partly to do with keeping the Uyghurs from pushing for too much ethnic influence. With unruly militants among the Northern Tribes of Pakistan intent on claiming back Xinjiang as an independent Islamic state, and rhetoric to that effect reaching into the Uyghur communities, China has to push back both with strong arm tactics and the creation of wealth. Fighting for a concept loses allure when the provocateurs have no wealth or prospects to offer bar strict observance of an ancient religious creed.

Xi’s proposed Silk Road economic belt meanwhile will concentrate on free trade, connectivity and currency circulation (with the RMB dominating). It can now happen because border problems between Russia and its former Central Asian allies have now largely been solved. The Commonwealth of Independent States allows visa-free access for its members. This ties up perfectly with China’s push to develop its Far West in Xinjiang.

There’s plenty going on in Xinjiang as concerns the development of Central Asia also. At the China-Eurasia Expo recently held in Urumqi, China Telecom and two Hong Kong telecom companies signed seven deals with the governments and companies from Kazakhstan, Tajikistan, Russia and Mongolia. In fact, Urumqi boasts more than 230 Internet companies with nearly half connected with neighboring countries. Urumqi is increasingly developing as a communications base for the Eurasian corridor – a hub for broadband and cloud computing.

Beijing is already massively investing in new roads and bridges along the Eurasian land bridge – another denomination of the New Silk Road. Xi’s dream then is all about highways, railways, fiber optics and pipelines – with the added Chinese push for logistics centers, manufacturing hubs and, inevitably, new townships. The Eurasian land bridge is set to become a reality.

*[Note: Chris Devonshire-Ellis is the Founder of Dezan Shira & Associates and Chairman of the firm’s International Board of Equity Partners & Directors. This article was originally published by China Briefing.]