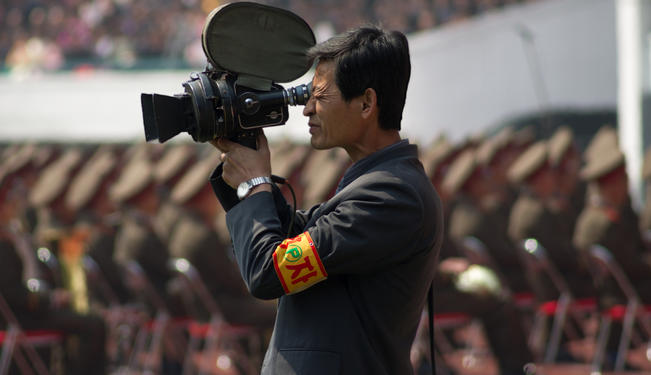 China’s cooperation in dealing with North Korea will likely be temporary and prudential.

If North Korea is the hysterical child that Western news media — aided by the north’s own apocalyptic rhetoric — portrays it to be, then China is often cast as the doting grandparent, indulgent to a fault. In 2013, however, this indulgence appears to have come to an abrupt end. After North Korea proceeded with a nuclear test in February, despite China’s pleas for restraint, the Chinese approved the UN-imposed sanctions passed in March, even helping to draft the resolution.

Where this remarkable change in tack has been noted, it has been with optimism; though the basis for this optimism seems unclear. While China has moved, unusually, to align with the international community and isolate its ally, it remains unclear that this is a lasting change in attitude; and it remains unlikely that this change in attitude reflects a fundamental shift in China’s view of North Korea.

In itself, there is very little that is novel about the most recent North Korean crisis; any difference has been in degree rather than form. Warnings have been issued, from subtle ones about the safety of foreign diplomatic stuff to all-out apocalyptic threats of nuclear war. To back up those threats, North Korea’s medium range missile arsenal is being wheeled out and prepared for launch, the Kaesong Industrial Park — token of an earlier, sunnier age in the Korean peninsula – has been closed, while the Yongbyon reactor, cornerstone of Pyongyang’s nuclear program, is back in operation. The subsequent course of this escalation, with a plateau and eventually some easing, is also predictable; as of writing, “progress” is being made on returning South Korean managers trapped in Kaesong, and the Korean crisis has fallen off the headlines again.

Even China’s willingness to apply pressure on Pyongyang is not very surprising. Where North Korea’s nuclear and missile arsenal is concerned, the Chinese line of disagreement has been relatively consistent. President Xi Jinping has said that no state should “throw a region and even the whole world into chaos for selfish gains.” Moreover, the chief of staff of the People’s Liberation Army (PLA) has expressed a willingness to “work…with all sides to make the North Koreans suspend nuclear testing.”

These statements, and of course the pro-sanction turn in the UN Security Council, have been tempting augurs for those who see a coming split between North Korea and China, completing the rogue state’s international isolation. Kurt Campbell, former assistant secretary of state and an Asia expert, has identified a “recognition in China that their previous approach to North Korea is not bearing fruit,” and therefore that they need to be “clearer and more direct…that what Pyongyang is doing is undermining Chinese security.” It is as if China has finally seen the light, and that their fundamental interests in the Korean Peninsula have therefore shifted, albeit slightly.

Besides being rather patronizing, however, such statements overlook what underlies the Chinese-North Korean alliance. To say that what Pyongyang does now undermines Chinese security, ignores that North Korean escapees, a government-controlled drug trading network, and mistreatment of Chinese traders and workers in North Korea have long been a source of migraines for Chinese authorities. Besides, Chinese trade and aid to North Korea, which provides little economic gain in return for considerable tensions with far more useful economic partners like South Korea and Japan, hardly makes it worth the while. If China’s concern stood solely on the basis of North Korea’s crises and brinksmanship, they would have abandoned their ally years ago.

Therefore, perhaps uniquely, greed is not a driving force for China’s relationship with North Korea — instead, it’s fear. Here it is useful to compare the current crisis with previous incidents, the better to specify China’s fears. In 2010, a series of incidents — the sinking of the Cheonan, a South Korean corvette, and the shelling of Yeonpyeong Island — actually led to 50 South Korean deaths and another ramping up of external pressure and tension. China’s response to this actually lethal crisis was muted, to put it kindly. Surely, inter-Korean rivalry or more shelling in the Yellow Sea (a crucially important transport lane for Northern China) undermined China’s security. The Chinese, however, saw fit to do nothing.

Two differences stand out between the crises of 2010 and 2013. Firstly, Kim Jong-Un has since replaced his long-ailing father as leader. Secondly, instead of conventional shells and torpedoes, North Korea has brandished its nuclear weapons. These two differences provide an explanation for why China has chosen to act in 2013. More importantly, they also serve to highlight the unique threat calculus which China applies to North Korea, and why this threat calculus does not warrant optimism.

A Sum of Different Fears

It is easy to see that North Korea is a threat to all its neighbors, but this threat is posed in very different ways. To South Korea and Japan, and via them the United States, the north’s threat lies in what it can do — not just with its nuclear weapons, but with its artillery, missiles and the fifth largest army in the world. A fifth of the south’s population lives in Seoul, which is within shelling range; even a victory over the north would be Pyrrhic at best. And as the 2010 crisis shows, the Pyongyang is not shy to use what means it has aggressively.

To China, however, the threat from North Korea is not what it can do but what could happen to it — the collapse of its government, further breakdown of its already parlous economy, and the consequences of these breakdowns. This is what makes the 2013 crisis different to the Chinese. Instead of a known quantity, they face in the younger Kim an untested leader, with a power base of uncertain resilience — and a nuclear arsenal. North Korea’s imposing of itself in the region parallels the younger Kim imposing himself on North Korea, using brinkmanship not just as an external strategy but also to assert his own control over the levers of power in his country — namely the Party and the Korean People’s Army.

This is to be expected of any new leader, but it is a risky strategy. Northern overreach could lead not only to external pressure, as is happening now, but also to internal discontent and conflict. This makes China’s nightmare scenario more likely — not just a humanitarian catastrophe in the short term, but also the possibility of an American-allied Korean state, with its historical suspicion of Chinese intentions and a land border with China’s northeastern industrial heartlands. The presence of nuclear weapons in the mix only deepens the nightmare; their use would be too awful to contemplate. But their falling into the hands of South Korea would be cold comfort indeed to the Chinese.

In this light, China’s decision to drive the sanctions process forward has a new logic. It is a potent means of signaling displeasure to Pyongyang, warning it against overreach. It is also a means to ease the pressure, not only on North Korea but also on its leader, by providing a ramp for de-escalation. It is one thing for Kim Jong-Un to buckle under enemy pressure, but it would be far more acceptable to be restrained by an ally. If these are taken to be the aims of Chinese policy, they do seem to be working; the threats have quieted, and North  Korea is now clear to move on to its usual requests for negotiations, albeit on unacceptable terms. Meanwhile, Chinese-North Korean trade appears to be continuing apace despite the sanctions, which would make sense if China’s policy is to restrain, as opposed to undermine, its buffer state.

Is this situation sustainable? Perhaps not. What isn’t certain is that, even assuming everyone’s attendance at the negotiating table, there can be much common ground between China and the other stakeholders on what to do with North Korea. The threats posed by the north must be ‘stopped’; there must be ‘resolution’ — but how is this to be done, and what sort of resolution is the aim? If Iraq and Afghanistan have taught the Chinese anything about how the West ‘resolves’ its perceived threats, one can hardly fault them for being indulgent with its neighbor and ally, even a neighbor and ally as aggressive and unpredictable as the Kim dynasty. It seems a lot more likely that China’s change of heart is instrumental, not fundamental — certainly not as fundamental as its reasons for supporting North Korea.