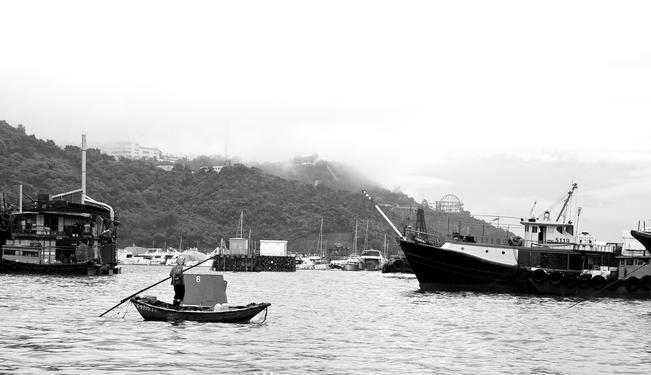 This article explores in two parts the prospects for dispute management through the lens of claimant states and the interest of non-claimant states.

Part 2 is "Among the Claimant States"
Clash of ‘Freedom of Navigation’ and Coastal States’ Interests
The different views on ‘freedom of navigation’ have caused several incidents in the Exclusive Economic Zones (EEZ) of the Asia-Pacific region. The most recent case was the clash on 8 March 2009 between Chinese vessels and a US surveillance ship in China’s EEZ.

The disagreements lie between the US and China, and between costal states and user states in general. They disagree on the interpretations of specific terms and whole articles of the UNCLOS provisions. For example, there are differences regarding the meaning of ‘freedom’ of navigation and over-flight of the EEZ, that is, whether such freedoms can be limited by national, regional or international regulations — or whether such freedoms are absolute.

The Role of Third Party Forums
Despite the efforts through various channels, there is no consensus on which military activities are legitimate in a foreign country’s EEZ. The political nature of naval activities typically means that the role of courts and tribunals has been marginal in the legal regulation of military uses of the ocean.

The law provides states the right to exclude ‘military activities’ from compulsory dispute settlement. The optional exclusion is beneficial to naval powers not wishing to have their military activities questioned through an international process. Natalie Klein, author of "Dispute Settlement In The UN Convention On The Law Of The Sea", states that the exclusion satisfies “the preoccupation of the naval advisors […] that activities by naval vessels should not be subject to judicial proceedings in which some military secrets might have to be disclosed”. An optional exclusion is also beneficial to coastal states that wish to prevent review of any of their interference with naval exercises in their EEZ.

The minimal substantive regulations along with an optional exclusion covering military activities on the high seas and in the EEZ indicate the states preference to not use third party procedures.

The want of precision as to what military activities are permissible may give the third-party dispute settlement a role to play. A court or a tribunal could set out the appropriate legal standards based on UNCLOS provisions and specify what conduct is or is not acceptable under the convention.

Maritime Security Cooperation Derived from Convergence of Interest
Maritime security in the South China Sea should be collective in character; there is a need to take shared responsibility. Sensitivities need to be respected and the interests of many parties need to be carefully balanced. There is a need to synergize regional forces in order to combat commonly held non-state threats.

The classic dilemma of regionalism versus globalism also exists in the South China Sea. Many littoral states lack the capacity for managing and protecting the safety of navigation. Some SCS states express the view that the responsibility for the SCS maritime security should rest primarily with the littoral states. External powers however, have legitimate interests to protect and they have the capacity to contribute. The seeds for maritime security cooperation lie in solving this dilemma. The anti-piracy experience in the Gulf of Aden proves there is a need for international and regional cooperation. Common interests in non-military security concerns may offer the greatest scope, at least initially, for states work collectively.

The SCS has become, and will continue to be, a hot-spot in the international security spectrum in the 21. century. The troubled waters of the SCS have been stirred up again since 2009, after its calmness since 2002 when the DOC was signed by China and ASEAN states. Among the claimant states, the UNCLOS should be used as a legal framework for dispute settlement. Third-party forums under the UNCLOS should have a role in the settlement process. The efforts of China and the ASEAN on developing a code of conduct in the SCS brings hope that the current tension may be eased.