In recent years, there has been widespread talk in the media about how much the Taliban has changed. First, it has been argued that the Taliban’s ideological view has been adjusted, which created the impression that the armed group no longer has a problem with human rights or gender equality. Second, it has been suggested that the Taliban has become more in tune with the transformation taking place in Afghanistan over the past two decades. However, from all available evidence, we see that the Taliban’s vision remains inflexible and exclusionary. This approach to equality in political rights will undermine the peace process.

On September 12, the intra-Afghan talks between the Afghan government delegation and the Taliban officially started in Qatar’s capital, Doha. After two weeks of bargaining, negotiations are yet to finalize the procedural rules for these talks. There is disagreement over two issues. First, the Taliban insists that the basis for the intra-Afghan talks should be the group’s deal with the United States, signed in Doha on February 29. Second, the Taliban insist that the framework for the resolution of disagreements should be based only on Hanafi jurisprudence of Islam.

Can the Taliban and the Afghan Government Make Peace?

Given the Taliban’s sectarian past vis-à-vis the Shia community, widespread concerns have been raised that the group may pursue exclusionary policies. This issue became serious when the Taliban delegation opposed mentioning the name of the Shia branch of Islam. Abdul Salam Hanafi, a member of the Taliban team in Qatar, explained that the choice was made in favor of the Hanafi religion in order to resolve differences in the interpretation of Islamic texts and that “this does not mean that we should discriminate against our Shia brothers.” Mullah Khairullah Khairkhwa, a member of the Taliban’s negotiating team, said that they would discuss the “personal status, ritual and rites” of the Shia during talks regarding the Afghan Constitution.

The question arises as to why only one branch of Islam is used as a source of interpretation or as a framework for resolving disagreements when Afghanistan is a diverse country, home to various branches of the Islamic faith as well as non-Muslim communities. Do they only have rights to their religious tradition and practices, or do they also have political rights?

Studies have shown that religious intolerance leads to political, cultural and economic discrimination when religion is considered as the basis for political legitimacy in government. Equating religion with political doctrine or using it as a guide for social and cultural activities jeopardizes civil liberties and citizenship, leading to discriminatory practices. Mohammad Reza Nikfar, a philosopher who has written extensively about religious discrimination, used the term “regime-e tabeez” to describe Iran, which in Persian means “regime of discrimination.” A regime of discrimination not only legalizes inequality in society, but the government sees its own discriminating practices as a divine mission.

Such a regime creates discriminatory distinctions. While implementing such discrepancies, the regime formulates specific principles of behavior, speech acts and institutions. This procedure is based on a regime of truth that defines what is right and wrong or who deserves punishment and deprivation. According to Nikfar’s theory, a regime of discrimination based on religion resembles an Orwellian political system.

The history of the Taliban regime falls squarely in this category. Taliban ideology is rooted in violent Salafism, and the group wants to establish a “puritanical Islamic state.” The Taliban’s leader, Hibatullah Akhundzada, has repeatedly called for a “pure Islamic government” — the Islamic Emirate. In principle, the Taliban, like most other extremist groups, do not believe in religious pluralism. Afghanistan is a country of Islamic mysticism, but the Taliban have no respect for either mysticism or philosophy. This makes it difficult for Sunnis, and impossible for the Shia, to have a different interpretation of Islam and Islamic law.

During Taliban rule, between 1996 and 2001, Afghanistan’s Hindus and Sikhs were ordered to wear yellow armbands to be identifiable from other citizens. At the time, no one was considered a citizen with political rights; instead, the Taliban treated people as subjects and followers. Girls and women were barred from going to school and working. During the regime, women were executed in public spaces such as sports stadiums and are still being shot after being found guilty by the Taliban’s religious tribunals.

Despite many challenges, the situation for women has significantly improved in the past two decades. Today, millions more girls are in school, and women hold high positions within the government and play a significant role in the country’s political process. Thus, the Taliban’s strict religious approach toward women’s rights is a significant concern in the negotiations, with the group’s ambiguity and evasion on the question of women’s rights and political rights of minorities suggesting they may continue to pursue an exclusionary approach.

Sociologically, the Taliban’s perception of Afghanistan is based on a tribal mindset, with views on Afghan society and culture rooted in the social ecosystem of a village setting. This lack of cultural capital based on a narrow local perspective cannot bring peace and stability because it fails to acknowledge the cultural plurality of Afghan society. A political philosophy based on tribal village structures cannot successfully govern over a diverse country. The Taliban emphasizes “Afghan values,” but in reality, these are indefinable. A book by Abdul Salam Zaeef, a former senior Taliban official, is a prime example of the Taliban’s perspective, which sees Afghanistan as a homogeneous and tribal society — as he has experienced it.

The Taliban’s lack of a broad and inclusive view of Afghan society is not just a sign of their ignorance, but it describes a political outlook that could lead to a strategy of cultural violence and, subsequently, physical elimination. To control the diverse voices of Afghan society, the Taliban apply a highly centralized political system presided over by an unelected leader whose legitimacy stems from religion. In this case, the leader has absolute power. However, as the 19th-century historian, John Emerich Edward Dalberg, Lord Acton, warned, it is clear that absolute power brings absolute evil and corruption. The Taliban’s worldview, by default, would lead to locking the society in an old, rusty box of religious extremism, which would render a durable peace a near-impossibility.

Focusing on civilian causality is peace talks is an urgent issue. Naeem Wardak, a spokesman for the Taliban’s office in Qatar, said that the Taliban had killed “no civilians.” However, a UN report attributed 43% of the 1,282 civilians killed and 2,176 injured between January 1 and June 30 this year to the Taliban, 23% to the Afghan national security forces, with the rest of attributed to other actors such as the Islamic State. Some Taliban commanders publicly threaten civilians with mass killings. One of them, Mullah Niazi, speaks with pride and joy about killing civilians. He explains how he will kill Hazaras, a predominantly Shia ethnic minority, and burn down their houses one by one.

Afghanistan is on the verge of a monumental shift. So far, the Taliban have failed to show their commitment to end the violence and support equality and political rights of each Afghan, regardless of their religious and ethnic background. Any naive or negligent decision during the peace negotiations can lead the country into darkness and violence. But at the same time, the inter-Afghan dialogue is a significant opportunity to end the war and secure lasting peace. Both sides have to take an inclusive approach, respect human rights and accept equal political rights for all Afghan citizens regardless of their gender and ethnic background.

The current intra-Afghan negotiations are taking place in challenging circumstances. The government negotiating team is working under pressure from foreign powers and domestic circles as the Taliban continue to attack Afghan security forces. This is dangerous for the peace process.

The international community and regional countries can play a significant role in encouraging both sides to reduce violence and recognize socio-cultural diversity, respect human rights and gender equality, and avoid creating a discriminatory political regime. Any exclusionary approach will increase distrust and will delegitimize the current peace talks. Violence should never be used as a bargaining chip in negotiations as it will severely undermine the peace process. 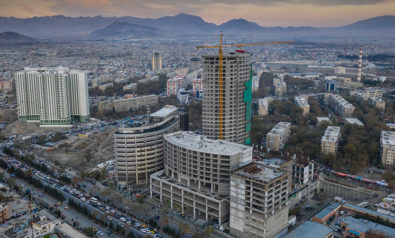