The migrant crisis in Southeast Asia speaks volumes about the region’s limited scope of moral responsibility.

The joint announcement that Indonesia and Malaysia would “take in” approximately 7,000 migrants adrift on the high seas implies that they have taken some measure of legal responsibility. But the gesture is subject to strict limitations — and the countries behind it are doing little to honor the responsibilities they so clearly bear.

In fact, they have been shown up by some of their poorest citizens. As thousands of refugees remained stranded in the seas of Southeast Asia, fishermen and their families living on the Indonesian island of Aceh, which is still recovering from the devastating tsunami of 2004, exhibited something that the national governments of the region have so far failed to show: basic humanity.

Even as these countries’ leaders refused to let boatloads of an estimated 8,000 stricken migrants land, actually going so far as to tow boats of increasingly desperate people back out to sea, local fishermen and their families — many of whom live in serious poverty — stepped in to help around 1,300 “boat people” ashore. Many applauded them, but not everyone was pleased.

Indonesian military spokesman Fuad Basya said that fishermen could deliver food, fuel and water to the boats or help with repairs to see them on their way, but that bringing the migrants to shore would amount to facilitating an “illegal entry” into Indonesia.

Horrifying reports of starvation and of violence, on what the United Nations has referred to as “floating coffins,” were dismissed by the Indonesian, Malaysian and Thai governments in the name of protecting national borders from those deemed “illegal.”

So who or what has jurisdiction for the deadly crisis at this point? And are the migrants actually “illegal”?

Indonesia and Malaysia have made it clear that their rescue agreement is a one-time-only offer, and that it guarantees no future landings of migrants arriving by boat. Crucially, they are not offering asylum, but merely temporary refuge for migrants pending “resettlement and repatriation,” which they expect to be conducted by the “international community” within a year.

While they have apparently taken responsibility for the immediate crisis, it turns out that Indonesia and Malaysia have agreed merely to allow the UN High Commissioner for Refugees (UNHCR) to “process” these people and send them either back to Myanmar or to other countries — if any willing to host them can be found. At the time of writing, the Thai government remains resolute, bolstered by the Malaysian demand to stop further irregular migration across the Thai border into Malaysia, a well-established route for migrants seeking employment. On May 17, Major Gen. Sansern Kaewkamnerd of the military-backed Thai government argued that “under Thai law, all illegal immigrants must be repatriated or sent to a third country.”

Despite the Indonesian, Malaysian and Thai protestations that the Rohingya are illegal migrants fleeing poverty, all three countries have nonetheless acknowledged at least some legal responsibility to assist them.

It is widely acknowledged that the Rohingya are fleeing persecution at the hands of the Burmese state, which denies them access to citizenship and does not protect them from violence.

This places them squarely within the terms of the 1951 UN Convention Relating to the Status of Refugees, which defines a refugee as someone who is unable or unwilling to return to their country of origin owing to a well-founded fear of being persecuted for reasons of race, religion, nationality, membership of a particular social group or political opinion. Signatories agree to the fundamental principle of non-refoulement — meaning that no one shall expel or return (in French, refouler) a refugee against her or his will, in any manner whatsoever, to a territory where she or he fears threats to life or freedom.

It should come as no surprise that Indonesia, Malaysia and Thailand have never ratified this convention — but even so, they should not be able to hide behind this to abdicate their responsibilities, since all three operate a de facto situation of recognizing the right to asylum.

While neither Malaysian, nor Thai immigration law explicitly recognizes the right to asylum or humanitarian protection, the UNHCR — whose mandate is implementation of the 1951 Convention — has long worked in both of these countries, offering assistance to refugees including Rohingya. In 2014, approximately 100,000 Burmese refugees, including Rohingya, were registered in Malaysia. A further 80,000 were registered in UNHCR camps in Thailand along the border with Myanmar, and they were processed for resettlement in third countries.

Even leaving aside their de facto recognition of the right to asylum, Malaysia and Thailand continue to profit from the labor of the hundreds of thousands of these migrants, including Rohingya. The so-called “smuggling or trafficking routes” have long served the electronics, plantation and fishing industries in these two countries. Ironically, it was reportedly a renewed Thai effort to disrupt these routes that led to the current acute crisis.

Indonesia, on the other hand, explicitly recognized the right to asylum in a 1998 government decree, so even without ratifying the 1951 convention, the country’s implied legal responsibilities are clear. And the country has long acted as an island bulwark against the thousands of migrants heading in rickety boats for Australia, itself an infamous pioneer of naval “push-backs.”

While 8,000 migrants may now have had their lives saved from drowning, starvation or violence at sea, the crisis sparked by Thailand’s action against so-called “traffickers” is far from over. Given the current stances of the European Union and the United States on migrants arriving on their shores, the UNHCR is likely to struggle to find anyone in the “international community” willing to resettle the Rohingya.

In practice, that will leave these individuals languishing in camps and detention centers in which rights abuses are endemic. Migrants in Malaysia and Thailand who find themselves outside these camps and centers will be at constant risk of arrest, detention and deportation.

This has been the unsatisfactory status quo for too long. For decades now, the UNHCR has merely “processed” refugees for resettlement in third countries — and once again, in the face of one of the most serious migrant crises in the region for decades, that’s all it seems the commission is able to offer. Its support is to be warmly welcomed, but all those concerned need to take a stronger line.

It must be supported not only by other states, but also by the multitude of other international organizations in the region that have a mandate to support migrants, including the International Labor Organization and UN Women. While it doesn’t have a human rights mandate, the International Organization for Migration also has traction with many governments in this region.

But ultimately, as things stand, too many states are being let off the hook. It is time for Indonesia, Malaysia and Thailand to ratify the 1951 Convention and come up with properly resourced national asylum systems. If they don’t, there is little hope for a real change or for the thousands of people who remain stranded at sea. 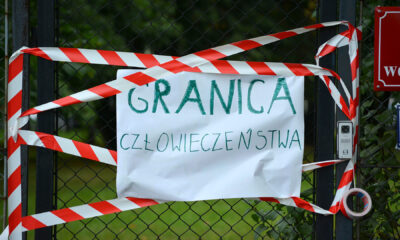 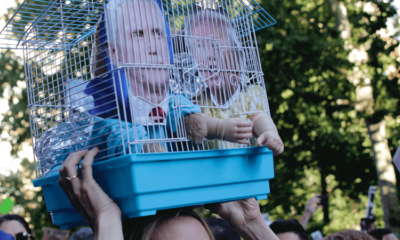 Wake Up, Folks: This Is America 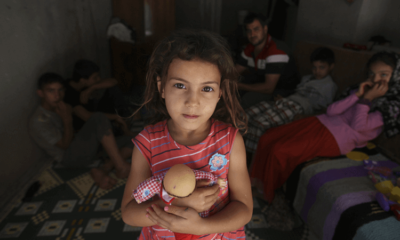