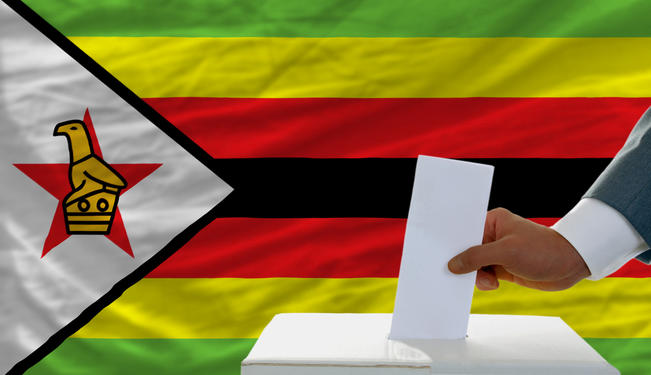 Zimbabwe’s new constitution has been approved in a democratic referendum. But what does this mean for the country’s future?

Zimbabweans approved a new constitution making another step toward normalization. The new constitution was an important part of the 2008 power sharing agreement between President Robert Mugabe and Morgan Tsvangirai, and its approval now officially allows for the preparation of general elections. Feelings and analysis of the vote are mixed and sometimes contradictory, as expected in this troubled country, but no one can deny the historic significance of this event and its consequences.

The referendum was held on the 16th and 17th March 2013 and approved the new constitution with 94% agreement. 3.3 million Zimbabweans voted, out of the six million eligible, making a turnout well above the expectations and surprising even the international observers. Queues were registered at every poll station and the vote was generally peaceful, prompting the EU and other monitoring organizations to judge the election free and fair.

The new constitution had a difficult birth, marked by constant accusations between Zanu-PF and MDC, and President Mugabe refusing any proposals directed to erode his power. Zimbabweans even started to think that they would never see a new constitution and that Mugabe was trying to postpone new elections indefinitely.

The key points of the new constitution can be summarized below:

Zimbabweans have several reasons to be satisfied after this vote: the country is recovering from the economic disaster of five years ago and the days of widespread violence at the poll stations seem far away. Many Zimbabweans are confident about the future of the economy with shops back in business, new investments and the end of food shortages. However, as previously stated the almost unchallenged optimism about the economy cannot be observed for politics.  The paradox is the following: the more Zimbabwe is approaching the elections that finally will bring back the country to normality, the more its people feel uneasy. There is a desire to see a better future, but at the same time there is fear that elections will bring back the obscurity from the past.

The new constitution limits presidential power, favors decentralization and establishes independent electoral bodies. However, some points are clearly the fruit of a necessary compromise with Mugabe’s party: land seizures cannot be contested in court, de facto recognizing the government’s past controversial actions; also the limit of two presidential terms is not retroactive meaning that Mugabe can still run as Zanu-PF presidential candidate at the next election and eventually be elected for another term after that. This would make another 10 years in office possible for him. The establishment of independent bodies does not touch the core power of Zanu-PF such as the repressive apparatus represented by the police, militias and the army, which still appear unchallenged.

Even in the weeks preceding the referendum, intimidation of human rights activists and opposition supporters intensified. Human Rights Watch listed a couple of incidents, accusing the regime and Zanu-PF to encourage and even order civil society repression.

On March 17, the same date of the referendum, police arrested prominent human rights lawyer Beatrice Mtetwa in Harare and charged her with obstructing the course of justice after she intervened in a raid on the offices of Mr Tsvangirai's Movement for Democratic Change (MDC). During which, three computers are alleged to have gone missing. Four MDC members were also arrested during the raid. Mtetwa has now been released on bail. In a previous incident, on February 13 and 14, police in Harare and Bulawayo dispersed a protest organized by 190 members of Women of Zimbabwe Arise (WOZA). The police arrested, detained, and in some cases beat protestors with batons. The arrested members were released without charge following the intervention of lawyers.

The above incidents, and others similar, occurred in the weeks preceding the referendum clearly instill in the Zimbabweans’ minds that the new elections will not be easy and the violence of 2008 may be repeated. The EU lifted sanctions on 81 of 91 prominent figures and eight firms, but is still keeping sanctions on 10 other people, including Mugabe, and on two of the closest regime’s firms. The EU action shows recognition of the country’s work on its “programme of rehabilitation”, and will also benefit the economy enormously. However, the confirmation of sanctions against Mugabe and his closest circle is also a clear sign that it will take more than an election to change history.

Zimbabweans, nevertheless, can be cheerful today, especially when they look around the continent. Military operations are taking place in Mali, elections are challenged in Kenya, terrorist attacks are increasing in Nigeria and West Africa, and the recent military rebellion in the Central African Republic shows how weakness of governments and military interference is a common issue for every fellow African country.

The effect of this referendum and its aftermath can be better described by paraphrasing Neil Armstrong famous quote: “a small step toward democracy, a giant leap for Zimbabweans morale”.