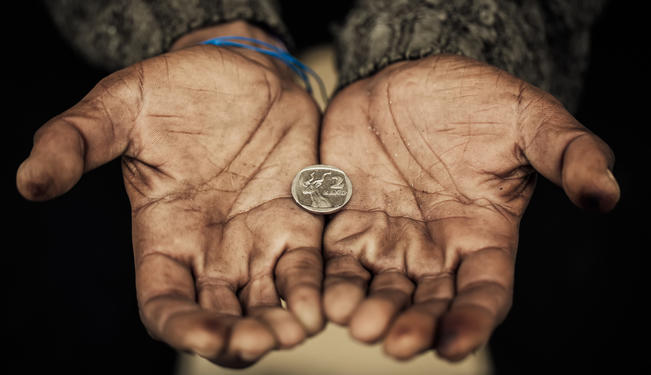 "Anyone who has ever struggled with poverty knows how extremely expensive it is to be poor" (James A. Baldwin).

Poverty and hunger remain a global challenge. However, fewer people live in extreme poverty in the 21st century compared to previous generations. According to the World Bank, between 1981 and 2008, the proportion of people in the developing world living on less than $1.25 a day fell from 52 percent to 22 percent, and nearly 650 million people were lifted out of poverty.

In addition, despite the 2008 financial crisis and food and fuel price increases, global poverty has continued to fall precipitously. Conversely however, progress has been uneven and more than a billion people around the world remain in dire need.

Poverty is exacerbated in regions of the world where poor health and lack of education deprive people of productive employment, where environmental resources have been depleted or spoiled, and where corruption, conflict and bad governance waste public resources and discourage private investment.

As a result, poverty needs to be confronted on many fronts. These include creating more and better jobs, delivering quality public services and infrastructure, and by protecting vulnerable people such as women, children and the elderly. There is, however, no single solution, with the best strategies depending on the circumstances in each individual country. Definitions of poverty also vary from country to country.

To measure poverty in the world as a whole, a common standard is required — because market exchange rates tend to understate the real incomes of developing countries and overstate the extent of poverty. Purchasing Power Parities (PPPs) are used to compare income and consumption levels between countries. PPPs are calculated to compensate for differences in the price of goods and services between countries. The result is a conversion factor that can be used like an exchange rate to convert values in one currency into those of a reference currency (such as the US dollar). The World Bank’s original “$1 a day” international poverty line was based on the poverty lines in the world’s poorest countries. By focusing on the standards of the poorest countries, the $1 a day line gave the global poverty measure a salience in focusing on the world’s poorest. Using the new 2005 PPP rates, the international poverty line was revised to $1.25 a day, which is the average poverty line of the 10 to 20 poorest countries in the world.

To date, global success in reducing extreme poverty over the past three decades has disguised uneven progress across regions. The greatest drop occurred in East Asia and the Pacific, where the poverty rate fell from 84 percent in 1981 to 13 percent in 2008 and the number of people living on less than $1.25 a day fell by 662 million.

In South Asia, the poverty rate fell from 61 percent to 36 percent over the same period. However, due to rapid population growth, the number of extremely poor people in the region increased and only returned to the 1981 level by 2008.

Rising incomes have brought more countries into middle-income status, so that nearly three-quarters of the world’s poor people now live in middle-income countries. In many of these countries, a poverty line of $2 a day or higher is more representative of the extent of serious poverty. There are almost 2.5 billion people living on $2 a day or less, and progress in reducing their numbers has been slow. The number of people living on between $1.25 and $2 a day is expected to remain constant at about 1.2 billion for the next decade.

*[This article was originally published by Thought Leader.] 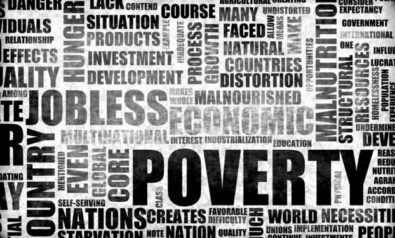 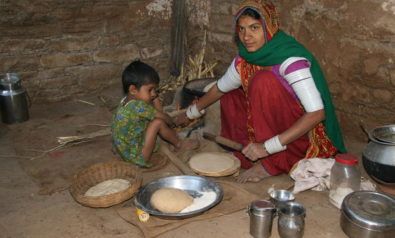 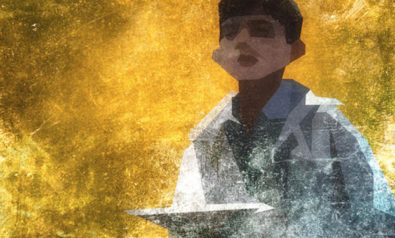