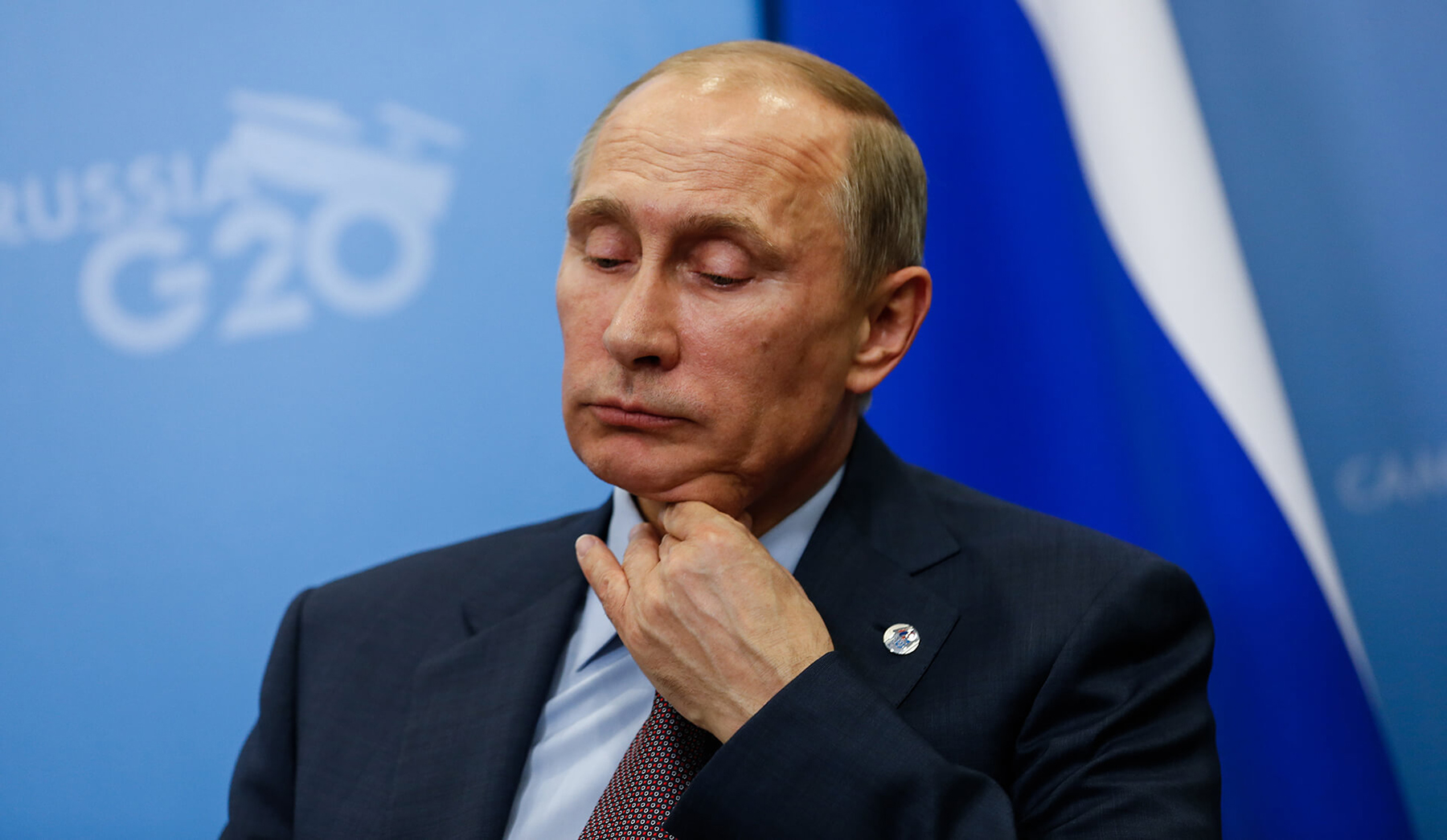 Scapegoating strategies are among the most popular exclusionist tools of the populist radical right. Such strategies include shifting blame, stigmatizing and excluding various actors perceived as ethnically and culturally different within the symbolic borders of the “native” community. These strategies aim to achieve “the people’s unity,” overcome intragroup differences and establish populist leaders as legitimate representatives of “the people.” A vivid demonstration of such strategies is the political rhetoric of the radical right Liberal Democratic Party of Russia (LDPR).

To this day LDPR is the most popular radical right party in Russia regularly re-elected to the State Duma. The success of LDPR is associated with the rhetorical strategies of its recently deceased leader Vladimir Zhirinovsky, a master of political épatage [shock], which includes the use of rough metaphors, stereotypes, and political scandals (for example, fist fights during public debates). The effectiveness of the Liberal Democratic Party also lies in its active use of social media (for example, Twitter) and even its own mobile apps to receive the support of people with limited political knowledge and seemingly focused on simple, rapid solutions. Thus, party members appeal to everyday life metaphors and the needs of “ordinary” citizens. They position themselves as “simple” “Russian people.” In this respect, the populist rhetoric of LDPR’s members (and especially of the late Zhirinovsky himself) resembles Donald Trump’s, minus Trump’s stated desire to “drain the Washington swamp.”

LDPR cooperates with Putin’s government on many issues. Despite the party’s habitual use of disparaging metaphors to describe the ruling “United Russia” party, when deciding on the adoption of bills in the State Duma, the LDPR usually aligns with the ruling party. Therefore, the political stability of the party can also be attributed to its pseudo-oppositional role in maintaining the power of the Kremlin and weakening the political opponents of Putin and “United Russia,”an instrument of the Kremlin.

In order to describe the exclusionist rhetoric of LDPR and define the actors LDPR stigmatizes in its discourses, I propose taking a closer look at the anthropological theory of scapegoating proposed by René Girard. In his magnum opus “Violence and the Sacred,” Girard described the ritual role of sacrifice for sustaining socio-cultural communities. He argued that rituals of search and sacrifice of scapegoats serve to achieve unity and overcome existing differences in society. The aim of such sacrifice is to define perpetrators responsible for violence, redeem victims and give heroic status to particular members of society.

Projecting Girard’s anthropological theory on the contemporary Russian political context, I argue that LDPR similarly constructs the scapegoats they blame for many of the perceived crises in Russia, while attributing to themselves the heroic status of protecting “the native people.” Over the years, LDPR has targeted different actors. At the beginning of their political entrance the main “scapegoats” in LDPR’s political discourses were “migrant laborers from the South” and the Communist Party. Subsequently, however, and, connected with the Russian-Ukrainian conflict and the Kremlin’s switch to pronounced anti-western rhetoric, this was eventually replaced by the stigmatization of the USA and the European Union.

“For the Russian folk!”

Thus, “the collective West” is the main scapegoat in LDPR’s contemporary narratives. This antagonism, however, is not unique to the LDPR and mirrors the political position of the Kremlin. It accuses the  EU and especially the USA of “Russiaphobia,” expressed in “provocations” and “hybrid wars” in proximity to Russian borders and across the world intended to “destabilize” Russia (including the ongoing war in Ukraine provoked by allegedly “foreign masters”). It also highlights “unfair” political decisions against Russia and current international sanctions directed to prevent further Russian invasion of Ukraine, the spreading of “homosexual propaganda,” and even creating Covid-19 as an American “ethnic weapon” against China.

In addition to scapegoating “the West,” Ukraine is portrayed by LDPR as the Other. This has been amplified ever since the escalation of tensions between Russia and Ukraine starting from the Euromaidan protests, followed by the annexation of the Crimean peninsula and Russia’s  horrific invasion of Ukraine on February 24, 2022. They characterize Ukraine as a “traitor” who would do everything for a “glimpse” of “Western” life and as a “weapon” that the West utilizes to attack Russia. “You are European manure!” LDPR exclaims about Ukraine. LDPR’s claim that Ukraine is full of “well-fed, trained militants pumped up with drugs and alcohol” is consistent with Putin’s bizarre description of the Ukrainian government as “neo-Nazis and drug addicts,” voiced in February 2022. By devaluing and dehumanizing Ukraine, LDPR supports and apologizes for the actions of Kremlin as it wages an allegedly “preventive” war against Ukraine aimed at “eliminating Nazis” at any cost.

Additionally, as mentioned above, even while supporting “the President of Russia” and “the Kremlin,” LDPR mildly criticizes the ruling party United Russia. For example, they complain it has been in power for too many years, “even if everything went well.” Concerning the other parties in the State Duma, LDPR is especially opposed to  the social-democrats and communists, arguing that “behind them are the shadows of Marx, the Kremlin or the West.” According to LDPR, these parties either do not care about the Russian people or purposefully seek to harm them.

Finally, alleged “nefarious minorities” such as “immigrant workers” are also scapegoated by the LDPR. According to the LDPR, Central Asian or North Caucasian-looking men, “Southerners,” came to Russia to benefit from Russian social systems. Racialized Others are represented as uneducated and dangerous, not only for the integrity of Russian culture, but also for the lives of Russian “natives.” Such a representation of racialized Others as uneducated men coming from the “South” also finds its reflection in Russian public discourse. The instances of such radical right normalization may be seen, for example, in the Russian humoristic game-show KVN and the tv series “Nasha Russia.”

René Girard maintained that scapegoat sacrifice is necessary to keep the community united. It attributes different roles to society’s members and its outsiders. I argue that such practices are significant discursive tools of the populist radical right, including LDPR. This report informs the readers not only about how the populist radical right can pose a threat to democracies and the lives of individuals, since their exclusionist antagonistic rhetoric could lead to symbolic and physical violence against the scapegoated, but also how in pseudo- and clearly autocratic regimes such as Russia, such parties can be used by the government to support their hold on power, to “test” the public’s reaction on some social and political matters and to keep the opposition weak. 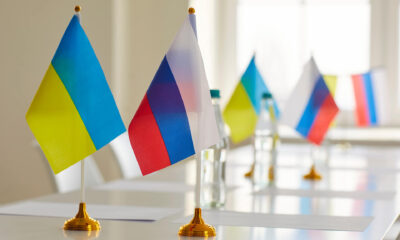 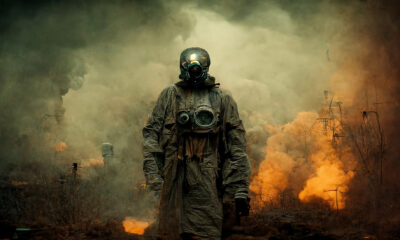 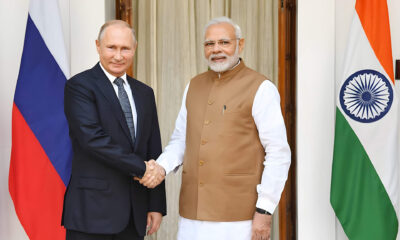