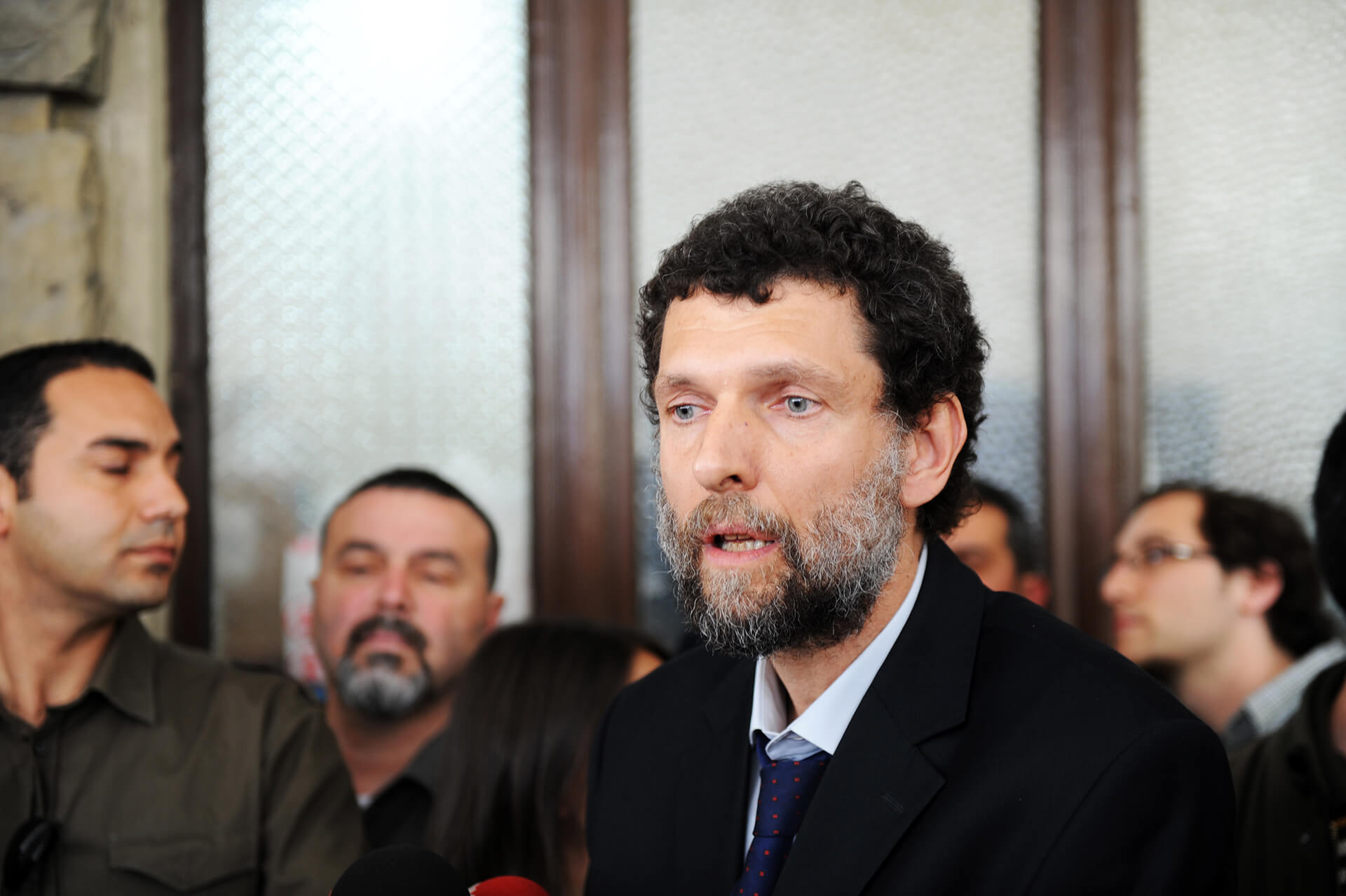 On April 25, a Turkish court sentenced Osman Kavala, prominent Turkish businessman and philanthropist, to life in prison without parole for “attempting to overthrow the government by force.” Kavala has been charged with organizing the 2013 Gezi protests. Seven other activists were sentenced to 18 years in prison for allegedly aiding Kavala. The Gezi protests broke out in 2013 over government plans to construct a shopping mall on the site of a public park. Soon these grew into massive anti-government protests. Since then, Turkish President Recep Tayyip Erdoğan has repeatedly portrayed the protests as an insurrection that aimed to topple the government.

The court case against the Gezi protests counts as one of the most egregious and partisan prosecutions conducted during Erdoğan’s rule. The defendants were initially acquitted of all charges by a penal court in 2020. However, after Erdoğan’s criticism of the 2020 ruling, the court of appeals overturned the verdict, paving the way to a second trial. The harsh sentences handed down on April 25 mark some of the most severe crackdowns on freedom of assembly in Turkey over the past decade. They demonstrate the total capitulation of the judicial system under Erdoğan’s rule after the country transitioned to a presidential regime in 2018.

On numerous occasions, Erdoğan has attacked Kavala personally, accusing him of being “the Soros of Turkey.” Still, the Gezi trial goes beyond a personal vendetta against Kavala and the other seven defendants. Accusing Kavala of masterminding the Gezi protests allows the government to put the blame for the mass uprising on outside actors. The reality, is that the Gezi protests did not have a leader. They arose spontaneously because of the strength of the Turkish civil society at the time. The Gezi trial comes at a time when Erdoğan’s popularity is waning thanks to the economic downturn and the migration crisis. By pronouncing Kavala guilty of a spurious charge and packing him to prison, the Erdoğan government is seeking  to intimidate government opponents and criminalize any protests.

Peace in the World, Autocracy at Home

The Gezi verdict was announced in the wake of Erdoğan’s efforts for reconciliation with the US and the EU after Russia’s invasion of Ukraine. In recent weeks, Ankara has been praised by western governments for providing Ukraine with arms and closing the Bosphorus or Dardanelles straits to Russian warships. Erdoğan skillfully used the Ukrainian crisis to break his regime’s diplomatic isolation.

The Turkish president has performed a tricky balancing act, supporting Ukraine militarily and diplomatically on the one hand while maintaining cordial relations withRussia. Erdoğan’s attempts at rapprochement in the international arena are in stark contrast to the increasing repression of his critics in Turkey. Last week’s verdict can be seen as an example of Erdoğan’s estimation that the West is too distracted by the Russia-Ukraine War to object to a crackdown on the president’s critics. Faced with increased opposition coordination, Erdoğan faces a tough reelection battle in the upcoming months. As a result, Erdoğan is expected to step up the pressure on his opponents until the next presidential elections due in the summer of 2023.

The Gezi verdict is an ominous warning for others whose political cases are still pending in court. The closure case against the Peoples’ Democratic Party (HDP) is arguably the most consequential among them. Accused by the state prosecutor’s office of having close organizational links with the separatist Kurdistan Workers’ Party (PKK), the HDP case will soon be decided by the Turkish Constitutional Court. Hundreds of HDP politicians, including the party’s former chairman Selahattin Demirtaş, are already in prison.

If the constitutional court decides against the HDP, Turkey’s third-largest party will be closed down and hundreds of politicians will face a political ban of five years. Another important case involves İstanbul’s popular mayor, Ekrem İmamoğlu, who is currently facing several investigations that could result in his removal from office, and even criminal conviction. As the judicial system comes under Erdoğan’s control, these cases will be decided on partisan calculations rather than law.

Lastly, the Gezi trial poses a serious political dilemma for the EU. Turkey’s accession talks with the EU have stalled over the past decade. And yet the two sides continue to enjoy an important working relationship on security issues and migration. Turkey’s geostrategic importance has become even more important after the Russian invasion of Ukraine. However, the Gezi sentencing is poised to push Turkey further away from Europe and complicate the EU’s efforts to cooperate with Erdoğan’s government.

On February 2, Human Rights Watch reported that the Council of Europe Committee of Ministers’ voted “to begin infringement proceedings against Turkey is an important step to support human rights protection in Turkey and uphold the international human rights framework.” After Kavala’s guilty verdict, Turkey’s voting rights in the Council of Europe could be suspended and even its membership may be in jeopardy

Germany, France, and the US, along with EU’s chief diplomat Josep Borrell, expressed dismay at the April 25 judgment. Borrell found the “heavy politicization” of the trial “deeply troubling” because it exemplified, “once again, the systematic lack of independence of the Turkish judiciary. The Council has repeatedly stated that the targeting of human rights defenders runs counter to Turkey’s obligation to respect democracy and the rule of law.”

The German Foreign Minister Annalena Baerbock took a stand against  the judicial verdict against Kavala. She said it was “in stark contrast to the rule-of-law standards and international obligations to which Turkey is committed as a member of the Council of Europe and an EU accession candidate.”

Erdoğan has become an autocratic strongman who is persecuting his opponents. European policymakers should continue to speak out on human right violations in Turkey and raise the stakes for Erdoğan’s harsh treatment of critics as the country heads into an election year. Turkish democracy is going through a tough time and needs the support of its European friends.

(This text was first published on the SWP website as a “Point of View” piece.)