According to Alexander Golts, the Munich Security Conference marks the lowest point in US-Russian relations for the past 20 years.

When a group of actors wants to portray a noisy crowd, they often say to each other, “What should we talk about when there’s nothing to talk about?” It seems that U.S.-Russian relations are in the same state and that the only option left for the leaders of both countries is to behave like provincial actors repeating a meaningless jumble of words.

The security conference in Munich over the weekend provided a convincing demonstration of this. Both U.S. Vice President Joseph Biden and Foreign Minister Sergei Lavrov tried to put a positive face on things by emphasizing the New START, cooperation on Afghanistan and Russia’s accession to the World Trade Organization, but their words left no doubt that the two countries are at loggerheads and that attempts to break the impasse will be the main focus of U.S.-Russian relations for a long time to come.

No matter how many vague and evasive statements officials might make, it is obvious that U.S.-Russian relations have hit what is probably their lowest point in the past 20 years. Congress passed the Magnitsky Act, which the Kremlin considers an infringement on Russian sovereignty. For its part, in the span of just a few months Moscow evicted USAID, announced its withdrawal from the Nunn-Lugar program, prohibited individuals with U.S. citizenship from holding leadership positions in Russian nongovernmental organizations and banned U.S. citizens from adopting Russian orphans.

On the surface, it would seem that Washington is so frightened by the erratic behavior of President Vladimir Putin that it is ready to accept the rules of his new game and play the whipping boy, thereby lending credence to Putin’s claim that he is a tough guy who has forced the U.S. to put up with his abuse. After all, Washington is willing to maintain the appearance of decent relations with Moscow because it desperately needs a northern transit route out of Afghanistan.

Many believe that the Obama administration will end up making concessions to Moscow in the next four years. After all, newly appointed Secretary of State John Kerry and likely new Secretary of Defense Chuck Hagel have consistently opposed the very type of global interventionism that infuriates the Kremlin. In this situation, it would be logical to assume that Kerry, Hagel and National Security Advisor Thomas Donilon will push Obama to “appease” the Kremlin.

Concessions could take the form of an agreement not to deploy ships equipped with missile-defense interceptors in the Baltic and North seas, thereby relinquishing even the theoretical U.S. ability to intercept Russian nuclear missiles. What’s more, the U.S. could announce that it will postpone for an indefinite period the implementation of the fourth stage of deployment of its missile defense system, a stage that will give the U.S. the ability to destroy long-range strategic nuclear missiles.

But even these bold efforts would be in vain because in reality, U.S. missile defense deployments in Europe are just a pretext. The real reason for Putin’s discontent with Washington is based in his sincere belief that the Moscow protests against his regime were U.S.-­sponsored. He is convinced that the U.S. State Department is out to stage a color revolution in Russia and deprive him of power.

This creates an obvious impasse. Washington cannot give the one guarantee that is most important for the Kremlin — that there will not be any more mass protests — for the simple reason that the State Department and CIA have no control over Russia’s street demonstrations.

The Obama administration has recognized the futility of trying to appease Putin. For example, the U.S. announced that it was withdrawing from the Civil Society Working Group of the U.S.-Russia Bilateral Presidential Commission. Deputy Secretary of State Thomas Melia did not mince words, saying the U.S. was withdrawing because “recent steps taken by the Russian government to impose restrictions on civil society … called into serious question whether maintaining that mechanism was either useful or appropriate.” In the end, Washington refused to take part in what had become a hypocritical farce.

If the decision to walk away from the civil society working group was linked to the new team in the State Department, then it is a clear sign of a major change in Washington’s policy toward Russia. Biden’s comments in Munich seem to confirm this. Yes, Russia remains a key player in solving global security issues that are important for Obama, but Biden made it clear that the U.S. has no intention of pretending for the Kremlin’s sake that Russia is a democracy. “It’s no secret that we have serious differences on issues like Syria, missile defense, NATO enlargement, democracy, human rights. These differences are real,” Biden said in Munich.

Washington does not want to pursue its old policy of engagement, which was based on the assumption that by working with Moscow on issues important to both sides, the U.S. would gradually instill democratic values in Russia. This approach has never worked with the Putin regime. In Obama’s second term, it seems that the U.S. will treat Russia as it does any other authoritarian government and will express its disapproval when the regime violates the rights of its citizens.

If the first result of that new approach is the withdrawal from the Civil Society Working Group, then eventually the question of Russia’s membership in the Group of Eight will be called into question. Last year, Putin ignored the G8 summit in the U.S., and the day may not be far off when the presidents of the seven leading democratic countries decide they have nothing to discuss with their Russian counterpart.

*[This article was originally published by The Moscow Times on February 4, 2013] 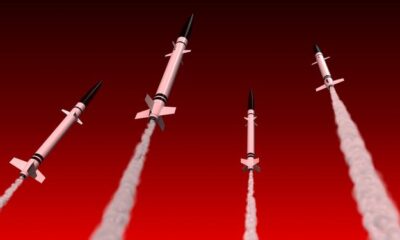 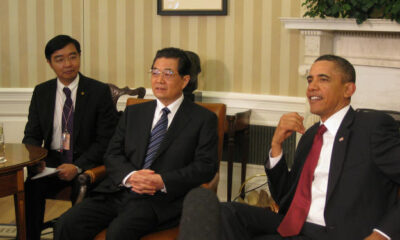 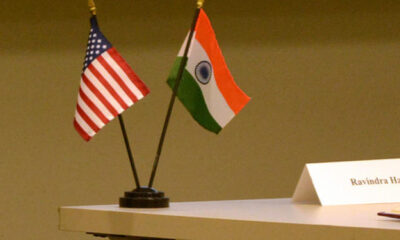