When it comes to Big Tobacco, the message is that British companies’ profits are more important than lives in developing countries.

Recent troubling revelations that UK diplomatic staff lobbied for Big Tobacco abroad raise serious questions about Britain’s approach to tobacco control. The UK government is playing a double game, publicly committing to snuff out smoking while continuing to support British tobacco manufacturers in their overseas business ventures behind the scenes. If this blatant hypocrisy continues, a smoke-free world may be a long way away.

For years, the UK has made a show of promoting anti-tobacco measures. The country ratified the World Health Organization (WHO) Framework Convention on Tobacco Control (FCTC), which sets out specific measures like banning tobacco advertising and requiring health warnings for packaging, in December 2004. It funded a program helping developing countries implement the FCTC and will host a working group in March on successfully enforcing the convention. Smoking in indoor public places has been banned in the UK since 2007. In July 2017, the government unveiled various additional measures to create Britain’s first “smoke-free generation,” from mandating plain packaging to imposing high taxes on tobacco.

At the same time, members of the UK government tend to get a little too cosy with Big Tobacco. Recently sacked international development secretary Priti Patel lobbied for British American Tobacco (BAT) before becoming an MP, advising the tobacco giant on how to influence the Conservative Party and lobbying MEPs against the European Union’s tobacco directive. Longstanding MP and former health secretary Ken Clarke earns more than £100,000 a year as a director of BAT. British MPs’ pension fund’s single largest beneficiary is BAT, and MPs held a variety of receptions for tobacco titans, including in parliamentary dining rooms.

While it is true that these were actions of individual politicians, recent revelations that the UK has been complicit in BAT’s extensive overseas lobbying efforts expose the full extent of the government’s irresponsible duplicity. Reports demonstrate that UK policymakers displayed a consistent willingness to turn a blind eye to a disquieting pattern of misbehaviour in both the Foreign Office and the Department for International Trade.

In 2012, the Financial Times released a letter sent by the British ambassador to the Panamanian trade minister that contravened both UK diplomatic guidelines and FCTC Article 5.3 requiring governments to protect their public health policies from the tobacco industry’s commercial interests. It parroted common tobacco industry arguments and complained about the trouble that tax increases had caused for BAT, which the ambassador identified as “one of the most important British companies.”

In response to this incident, the Foreign Office released new guidelines for embassy staff, which were quickly violated as well. The British high commissioner to Pakistan sat next to BAT’s head of international trade and fiscal affairs at a March 2015 meeting exhorting the Pakistani finance minister to abandon pictorial health warnings on cigarette packages. That same month, UK government trade adviser was seconded to BAT’s offices in Budapest, while the British ambassador to Hungary conveyed BAT’s concerns to several Hungarian ministers. Another senior British diplomat encouraged the Bangladeshi government to settle a tax dispute with BAT out of court in 2017.

Similar contacts are known to have taken place in Venezuela, Poland and Laos over the years, but it seems likely that UK diplomats promoted BAT’s interest in other countries where it carries out extensive operations. Particular candidates are Kenya and Rwanda, where the UK is among the largest foreign investors and where BAT allegedly paid bribes to secure favourable regulation. The message that the UK government sends with this two-faced attitude is that British companies’ profits are more important than lives in developing countries.

This latest illustration of how deeply BAT’s interests have penetrated the British government comes as BAT and its peers fight to influence another policy area: the European Commission’s proposed track and trace legislation. The track and trace system advanced in December would fight the widespread illicit tobacco trade by marking each tobacco packet with a unique identifier generated by an independent third party. It is a significant improvement over bilateral anti-smuggling deals with Big Tobacco companies that it replaces, which had provoked a warning from the FCTC secretariat.

Serious concerns remain, however, that the current draft leaves room for industry interference. One major point of contention is what constitutes an independent third party. Commission proposals would consider a company that receives less than 20% of its income from the tobacco industry as “independent.” This might provide industry-supported systems like Codentify, developed and patented by tobacco giant Philip Morris before being suspiciously rebranded, with a back door.

The fervency with which the tobacco industry is lobbying for Codentify should raise more than a few red flags. Big Tobacco continues to pull out all the stops to push this system, from making a substantial donation to Interpol to securing their support for Codentify to joining forces and ensuring that the system they control is implemented, contrary to WHO guidelines.

It’s not too hard to imagine why the tobacco industry so desperately wants to be in charge of the labelling system. BAT was fined as recently as 2014 for deliberately oversupplying certain markets to evade tax. The company is complicit in cigarette smuggling on such a massive scale that it has developed a whole lexicon of euphemisms for internal memos: illicit cigarettes were referred to, for example, as “general trade.” Clearly, involving the tobacco industry to any degree in the EU’s efforts to cut down on tobacco smuggling could be catastrophic. With all the revelations unearthed by the BBC or Reuters of Big Tobacco’s efforts to undermine the WHO protocol, one can easily imagine the opposition to any independent track and trace system.

These dirty tricks and relentless attempts to subvert critical legislation underscore how shameful it is for the UK government to be promoting Big Tobacco’s agenda overseas. As Deborah Arnott, CEO of UK health charity Ash, noted: “The word hypocrisy hardly does it justice. We are saving lives at home and promoting death abroad.” It’s long past time for the government to put its money where its mouth is and cut all ties with this harmful and dishonest industry. 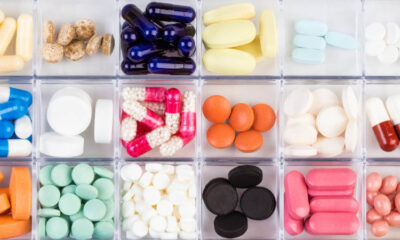 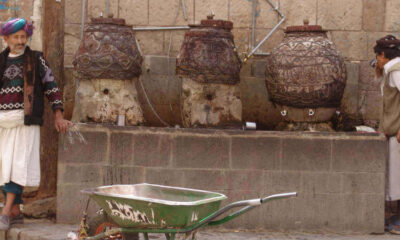 Will Yemen’s Cholera Outbreak Get Worse?