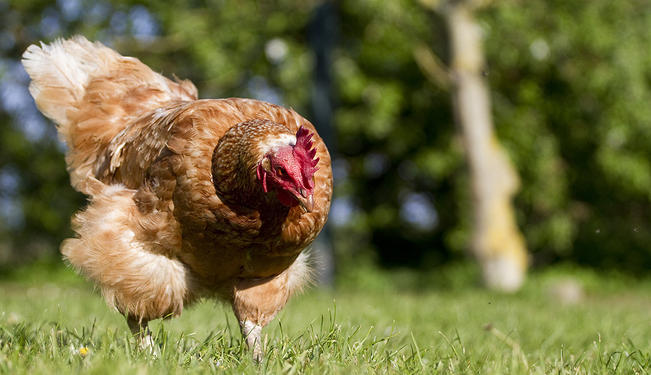 A glimpse at what is at the centre of the controversial publication of the papers concerning the genetically modified H5N1 virus.

In 2005, the publication of a paper containing detailed analysis of a strain of the flu virus sparked controversy. This particular strain caused a pandemic in 1918 and many argued that was the same as printing a “how to create the 1918 flu virus” pamphlet. Today, a similar debate has emerged around recent lab experiments with the H5N1 virus.

Last year, teams led by Prof. Ron Fourchier at the Erasmus Medical Center in Rotterdam and led by Prof. Yoshihiro Kawaoka at Wisconsin-Madison University researched the necessary genetic mutations that H5N1 would need to undergo in order to be transmitted to ferrets. Ferrets were used because they best to compare to how the virus is contracted in humans. Prof. Fourchier mutated the H5N1 bird flu virus into an airborne strain and infected the ferrets. Prof. Kawaoka merged bird flu with the swine flu virus and produced a “mixed” strain which he also spread among ferrets through airborne transmission. The H5N1 virus is normally confined to birds and its transmission to humans is somewhat rare. Yet the consequences to humans are lethal when the virus is contracted. The swine flu virus, which originated in pigs, killed more than 18,000 people in 2009. One of the main goals of both experiments was to obtain valuable information to prevent a possible pandemic originating from these variants and to create a vaccine which will protect humans from new strains.

The results of the experiments were submitted to Nature and to Science journals. However, the publication of the articles had fostered serious controversy. For many the danger is clear. Should we be studying and developing ways to transmit the virus to humans, and more importantly, should these studies be published and seen by everyone, giventhe opportunity for terrorists to create a virus and cause a global pandemic?

Both papers touch delicate questions that we might not want to have answered. These experiments study “possible” evolutions of bird flu into another form which could be extremely harmful to humans. It is not hard to imagine what would happen if bird flu was easily transmissible through air or to conceive the consequences of showing the whole world how to mix bird flu with swine flu.

In December 2011, the National Science Advisory Board for Biosecurity (NSABB) issued a warning about the research content and declared it too dangerous to be published. Their claim was that the papers presented content of a highly “sensitive” nature. It was then suggested that the papers should be revised. This is actually a euphemism for heavy censorship, namely deleting content which could be dangerous if it fell into the wrong hands

Still, it is not totally clear if the mutations produced by Fourchier and Kawaoka would be the exact ones which would open the door for bird flu in humans. Moreover, the results of these studies might be very helpful for countries where the disease really present. It would provide new information for the surveillance of the virus and the way it mutates in the wild. The problem is that all the secrecy around these papers makes it unclear what they are really presenting. Are we talking about one of the most dangerous viruses in the world being created in a lab or is it something else? Fourchier reported that the airborne virus only killed ferrets when used large doses and the ones that contracted the virus fromothers got sick but did not die. But then again, these reports are not clear because several aspects of the experiment have been left out.

This has led the researchers themselves to sign a voluntary moratorium in order to halt the current investigations and to reflect on what the next step should be. Some scientists, even after signing the document, have criticized it however. Their claim is that it is false to say that the risks are greater than the benefits. If the virus already exists in nature and undergoes constant mutations, then we should do whatever necessary to prevent the loss of lives in the future. Hence, they favor a full disclosure for the sake of public health.

Last February, the World Health Organization held a meeting in Geneva to discuss the issue and promote dialog between the NSABB and the scientists involved in the research. Prof. Fourchier, Prof. Kawaoka and other flu researchers, as well as representatives from the countries where bird flu is endemic, met to search for a “way out”. They concluded that it was necessary to extend the deadline of the moratorium and that the virus that occurs in nature should be the object of more intense study.

Surprisingly, and after reconsidering the revised papers, the NSABB changed its mind and gave the papers the green light for publication. The board recommended that the Kawaoka paper should be published in its entirety although the Fourchier manuscript should have some restrictions.

Apparently, the revised versions no longer present information that could be misused and endanger public health or national security. However, not all agree with this decision. Michael Osterholm, the director of the Center for Infectious Disease Research and Policy (CIDRAP) at the University of Minnesota argued that the research should not have been considered for funding in the first place and that there is the danger that “amateur scientists” with a “do it yourself” attitude might try to repeat some of the experiments in their garages.

Federal officials in the US released new policies requiring agencies to review funded research and the risks which are associated with them, a move which has stemmed from the controversy. These reviews should prevent research from being misused.The new policy is related to Congressman Jim Sensenbrenner’s call to know why the NSABB did not have a better plan to deal with “dual use” research issues.

The “dual use” is precisely what is at stake here: on the one hand, we have potentially dangerous discoveries. Although they might be helpful they couldalso be used for other purposes. The papers – and the circulation of their valuable information – might help us fight a new strain which will not warn us of its coming, yet it could also provide terrorists with blueprints for deadly bio weapons. How to strike a balance is unclear.

How is possible then to control “dual use” research without restraining access to what should be available to the scientific community? The NSABB did not even know about these papers until October 2011. Only when the journals were being prepared for publication did they become aware of them. The current controversy has brought to light the necessity of system which controls what information which is disclosed. But isn’t that censorship?

Let us suppose then that agencies like the NSABB would remove all “sensitive” material from articles and allow only a restricted list of scientists who applied to have full access to the uncensored papers. Now, who would choose those who could and those who could not entry the list? What would be the criteria to such evaluation?

The “dual-use” dilemma rests on the decision making. The researchers, editors, the funding companies or even the government have to decide the pertinence of the research, i.e. its purpose, nature, validity and the potential effects on citizens. The researcher will consider the balance of the outcomes of his research with what others might do with it. Assuming from the outset that all scientists aim for the good, they should evaluate the risk of it being potentially misused. The same is true for the editor of the relevant scientific journal, the private companies who fund the research and the government whose duty is to ensure the security and health of its people.

The problem is related to how thin the line between regulating and censoring can be.The editor has the burden of responsibility. On one hand he must ensure that experiment results are published with quality and that the whole scientific community has access. A scientific theory is only confirmed when several different groups of scientists repeat the same experiment in order to see if they obtain the same results. This, of course, demands that all the details of the experiment must be revealed, explained, and described. Science is empirical by nature. If there is no room for independent verification, there is no science at all.

We could say then that governments should have the last word, for they have legislated concerning these matters. Governmental institutes, agencies – they all have the purpose to defend citizens’ best interests. Yet the world we live in is made of “patents”, security threats, economic warfare and technology advantage. The problem is clear – idealiter governments should only be afraid that terrorist organizations might get their hands on “sensitive” research; this should be their only concern. However, the reality is that governments which publicly disapprove of a particular type of research because it is potentially harmful will fund and promote it behind closed doors “just in case”. The economy of fear and war has been highly profitable to both governments and weapons-makers since time immemorial.

In order to move away from murky waters where everything is dominated by ambivalence, the practical solution is forthe scientific community to censor itself. Who best to decide how “sensitive” research is? Although the kind of funding can distort people’s neutral judgment, academic freedom, the promotion of the good and scientific development should prevail. But then again, this does not solve the problem we are facing. The question remains: how and where should we draw the line and what type of precedent are we willing to accept regarding censorship? 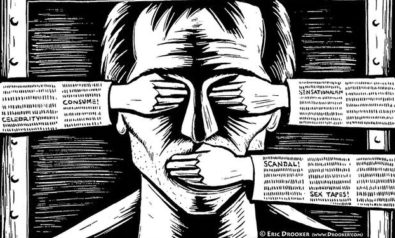 The Knowledge Embargo: A Scientific Affair