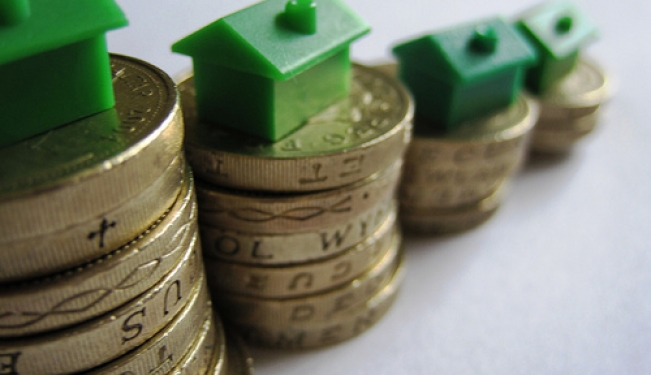 An exploration of various ideas, indicators and parameters that explain the economic crisis of 2008-09 and conclusions as to how to avoid another one.

After the currency crises of 1994-2001, and especially the East Asia crises of 1997-98, a lot of research investigated what countries could do to protect themselves against a future repeat.  More importantly, policy makers in emerging markets took some serious measures.  Some countries abandoned exchange rate targets and began to float.   Many accumulated high levels of foreign exchange reserves.  Many moved away from dollar-denominated debt, toward other kinds of capital inflow that would be less vulnerable to currency mismatch, such as domestic currency debt or Foreign Direct Investment.   Some instituted Collective Action Clauses in their debt contracts to facilitate otherwise-messy restructuring of debt in the event of a severe negative shock.  A few raised reserve requirements or otherwise tightened prudential banking regulations (clearly not enough, in retrospect). And so on.

When the Global Financial Crisis hit ten years later, it was bad news for everyone, except that it was good news for econometricians:  we could observe which countries got hit badly by this common external shock in 2008-09 and which did not, and could try to draw inferences about which strategies helped countries withstand the shock better than others.  The NBER is holding a public symposium in Washington on September 22.   The topic of the 3rd and final session is: What ex ante policies can help reduce vulnerability to future shocks?

Three papers that were presented at the earlier NBER conference in Bretton Woods (the culmination of a project on the Global Financial Crisis  sponsored by the Sloan Foundation) fall naturally into this category:

To simplify a bit, Dominguez and co-authors study whether holding high levels of reserves helped countries do better in the Global Financial Crisis;  Ostry and co-authors study whether capital controls and bank regulation helped; and Barkbu, Eichengreen and Mody consider possible new mechanisms to improve the risk structure of capital inflows and to smooth adjustment to shocks, such as sovereign CoCos (Contingent Convertible bonds) and indexing of debt.

The question that Dominguez, Hashimoto, and Ito address in International Reserves and the Global Financial Crisis, had been actively debated in the years before 2008.   Some economists thought that China, especially, but other emerging market countries as well, were holding far more foreign exchange reserves than they needed to withstand shocks.  Larry Summers (2006) was one prominent example; I must admit that his argument sounded sensible to me at the time.  When the global financial crisis hit, it was possible to test the proposition.   Some of the early studies found that reserve holdings did not seem to help countries withstand the crisis better.  Blanchard, Faruqee and Klyuev (2009) was one.   A series of papers by Andy Rose and Mark Spiegel (2009a, b) also found no significant effect.   But others found an important effect.    One of the technical contributions of the paper by Dominguez and co-authors is to subtract estimates of interest income and valuation changes from officially report levels of reserves in order to get at the actively managed component.  Their single most important finding is that real GDP growth recovery after the global financial crisis was stronger for countries that had accumulated large reserve holdings before the crisis.

This is the same thing I had found in a study with George Saravelos (NBER WP no.16047, 2010) .   Out of dozens of potential early warning indicators, foreign exchange reserves are the indicator that had been most often identified as significant by eighty pre-2008 studies conducted on earlier data.  We found that reserves are also the indicator that was the strongest predictor of which countries got into trouble in 2008-09. A particularly useful indicator is the ratio of reserves to short-term debt (Guidotti, 2003).   We found that the second most consistently important early warning indicator was overvaluation of the currency by criteria like PPP.   Also important in the recent crisis were measures of national saving.

Why did the Dominguez paper and my paper find that reserves had a significant effect, and others did not?    My guess is that it has to do with different definitions.  In particular, we define the crisis period as late 2008 and early 2009, whereas the earlier papers I mentioned ended in 2008.

In Managing Capital Inflows: The Role of Controls and Prudential Policies, Ostry, Ghosh, Chamon, and Qureshi do something very important.  Too many discussions lump financial regulations together (speaking indiscriminately of Tobin taxes, Chile-style or Brazil-style controls on short-term capital inflows, Venezuela’s  controls on outflows, etc., even though these are completely different things).  Chamon and co-authors develop three new country indices: one for financial-sector capital controls, one for prudential regulation of foreign exchange transactions in the domestic banking sector, and one for domestic prudential policies.  This helps avoid exacerbating what is often a sterile oversimplified debate.  For example, even if one is ideologically opposed to capital controls, or has been persuaded by research such as Kristin Forbes (2007) that the famous Chile controls caused undesirable distortions, it is hard to be opposed to prudential banking regulations, especially in light of the origins of the 2008 crisis.   Chamon and co-authors find that capital controls and FX-related prudential measures can both help shift the composition of lending, away from FX-denominated bank loans and toward equity and FDI components of capital inflows.   Previous researchers have found that shifts of this sort in the composition of inflow, as opposed to reductions in the level of inflows per se, reduce the probability of a crisis. (Frankel and Rose, 1996, among many others.)   Probably the most important finding by Chamon et al is a reasonably strong statistical association between pre-crisis prudential and capital control policy and resilience to the sudden stop.   Countries in the upper quarter of restrictiveness of FX-related prudential measures do better in a crisis than those in the bottom quarter, by a whopping margin of 2 ½ – 3 ½ % percentage points of growth.  An important lesson for countries facing large inflows today.

One of the co-authors of International Financial Crises and the IMF: What the Historical Record Shows, Barry Eichengreen, is not just the pre-eminent economic historian of this field but also supplied a lot of the intellectual force behind the adoption of Collective Action Clauses after the preceding round of emerging market crises (e.g., Eichengreen, 2003; and Eichengreen and Mody, 2004).  Thus it is well worth listening to what they have to say about further ideas for structuring capital flows ex ante in such a way as to avoid messy and costly restructuring ex post.

Barkbu, Mody, and Eichengreen explore how to automate the restructuring decision.  Automating the process has key advantages: it preserves the integrity of the contract (which avoids the uncertainties involved in triggering CDS); it is predictable; and it can be priced.   It can also avoid the need for what otherwise might be a lengthy process of renegotiation between debtors and creditors during which time economic activity falls and everyone suffers.  To this end, they discuss the idea of adding to future government bond issues so-called sovereign cocos, contractual provisions that automatically lengthen maturities or reduce interest and amortization payments when a pre-specified debt/GDP ratio is reached.

There are also other ways of improving risk sharing and avoiding the need for costly restructuring negotiations.  An idea that is older but that I think merits more of a try-out than it has received — applicable for countries that export oil, minerals or agricultural commodities — is to index the debt to the world price of the export commodity.  Also in this category is the basic movement away from dollar-denominated debt and toward domestic-denominated debt, equity and FDI .  It seems to me that countries that heeded such lesson of the 1990s (including many emerging markets in Asia and Latin America) came through the GFC relatively well, whereas those that did not (Eastern Europe), did not.

This article was first published on  Jeffrey Frankel's blog on September 18, 2011.