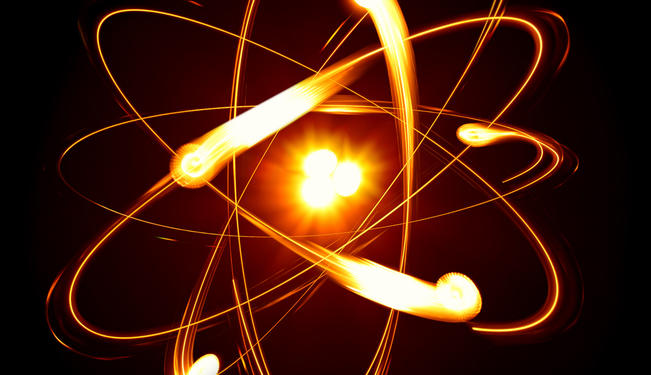 In my 2007 book God: The Failed Hypothesis; How ScienceShows That God Does Not Exist, I applied the scientific process of hypothesis testing to the question of God. The common objection I heard was that the existence of God is not a scientific hypothesis. Let me explain why I say it is.

The scientific method is not limited to what professional scientists do but can be applied to any question that relates to observations. The brain does not have the capacity to save the time, direction, and energy of each photon that hits the eyes. Instead it operates on a simplified picture of objects, be they rocks, trees, or people, assigning them general properties that do not encompass every detail.

That is, we make models. Science merely rationalizes the procedure, communicating by precise speech and writing among individuals who then attempt to reach an agreement on what they all have seen and how best to represent their collective observations. What are called scientific theories are just models.

Religion carries out a similar process, although one in which agreement is generally asserted by authority rather than by a consensus of objective, unbiased observations. From humanity’s earliest days, gods have been imagined who possessed attributes that people could understand and to which they could relate.

Each of these god models developed from the culture of the day. If the process continued to today, everyone would worship the shopping mall. In fact, many of the megachurches in America today are located in shopping malls.

By dealing in terms of models of gods that are based on human conceptions, we avoid the objection that the “true” God may lay beyond our limited cognitive capabilities. When we demonstrate that a particular god is rejected by the evidence, we are not proving that all gods, conceivable or inconceivable, do not exist. We are simply showing beyond a reasonable doubt that a god with explicit hypothesized attributes described by the model does not exist. Belief aside, at the very minimum the fact that a specific god model may be inconsistent with the evidence is cause enough to disregard that model in the practices of everyday life.

The exact relationship between the elements of scientific models and whatever true reality lies out there is not of major concern to most scientists, or should not be anyway. When scientists have a model that describes their measurements, is consistent with other established models, makes successful predictions, and can be put to practical use, what else do they need?

The model works fine in not only describing observations but in enabling practical applications. It makes absolutely no difference whether or not an electron is “real” when we apply the model of electrons flowing in an electronic circuit to design some high-tech device. Whatever the intrinsic reality, the model describes what we observe, and those observations are real enough.

Similarly, it does not matter from a practical standpoint whether the “real” God resembles any of the gods whose empirical consequences we have examined and modeled. People do not worship abstractions. They worship a God with qualities they can comprehend. The most common example of a god model is a personal God who answers prayers. This god model has not has not been confirmed in numerous controlled experiments on the efficacy of prayer. It follows that a religious person is wasting her time praying for some favor of such a God.

If praying worked, the effects would be objectively observed. They are not. Let me then summarize the god models that are inconsistent with scientific observations.

A personal God who has given humans immortal souls fails to agree with the empirical facts that human thoughts, memories, and personalities are governed by physical processes in the brain, which dissolves upon death. No nonphysical or extra-physical powers of “mind” can be found and no evidence exists for an afterlife.

A personal God whose interactions with humans include miraculous interventions such as those reported in scriptures is contradicted by the lack of independent evidence for the alleged miraculous events.

A personal God who communicates directly with humans by means of revelation fails to agree with the fact that no scientifically verifiable new information has ever been transmitted while many wrong and harmful doctrines have been asserted by this means. No claimed revelation contains information that could not have been already in the head of the person making the claim. Furthermore, physical evidence now conclusively demonstrates that some of the most important biblical narratives, such as the Exodus, never took place.

A personal God who is the source of morality and human values does not exist since the evidence shows that humans define morals and values for themselves. This is not “relative morality.” Believers and nonbelievers alike agree on a common set of morals and values. Even the most devout decide for themselves what is good and what is bad and even judge much of what is approved in scriptures as immoral, such as genocide, slavery, and the oppression of women. Nonbelievers behave no less morally than believers.

A personal God who is omniscient, omnibenevolent, and omnipotent does not exist because it is logically inconsistent with the existence of evil, in particular, gratuitous suffering (standard problem of evil).

The existence of the God worshiped by most Jews, Christians, and Muslims not only lacks supporting empirical evidence but is even contradicted by such evidence. However, it need not have turned out that way. Things might have been different, and this is important to understand as it justifies the use of science to address the God question and refutes the frequently heard statement that science can say nothing about God. If scientific observations had confirmed at least one model god, those believers who make that statement would quickly change their tune. Even the most skeptical atheists would have to come around and admit that there might be some chance that God exists. This has not happened.

Consider the following hypothetical events that, had they occurred, would have favored the God hypothesis. Readers are invited to think of their own similar “might have been” scenarios. While not necessarily proving the existence of God, they would at least lend some credence to traditional beliefs that currently does not exist.

Evidence was found that falsified evolution. Fossils might have been discovered that were inexplicably out of sequence. Life forms might not have all been based on the same genetic scheme. Transitional species might not have been observed. As actually thought at the time of Darwin, the age of the sun could have proved too short for evolution. The discovery of nuclear energy changed that, showing that, fueled by nuclear fusion, the sun will last ten billion years—ample time for life to evolve.

Human memories and thoughts might have provided evidence that cannot be plausibly accounted for by known physical processes. Science might have confirmed exceptional powers of the mind that it could not be plausibly explained physically.

Science might have uncovered convincing evidence for an afterlife. For example, a person who had been declared dead by every means known to science might return to life with detailed stories of an afterlife that were later verified. For example, she might meet Jimmy Hoffa who tells her where to find his body.

Similarly, any claim of a revelation obtained during a mystical trance could contain scientifically verifiable information that the subject could not possibly have known.

Physical and historical evidence might have been found for the miraculous events and the important narratives of the scriptures. For example, Roman records might have been found for an earthquake in Judea at the time of a certain crucifixion ordered by Pontius Pilate. Noah’s Ark might have been discovered. The Shroud of Turin might have contained genetic material with no Y-chromosomes. Since the image is that of a man with a beard, this would confirm he was born of a virgin. Or, the genetic material might contain a novel form of coding molecule not found in any other living organism. This would have proven an alien (if not divine) origin of the enshrouded being.

The universe might have been found to be so congenial to human life that it must have been created with human life in mind. Humans might have been able to move from planet to planet, just as easily as they now move from continent to continent, and be able to survive on every planet – even in space – without life support.

Natural events might follow some moral law, rather than morally neutral mathematical laws. For example, lightning might strike only the wicked; people who behave badly might fall sick more often; nuns would always survive plane crashes.

Believers might have had a higher moral sense than nonbelievers and other measurably superior qualities. For example, the jails might be filled with atheists while all believers live happy, prosperous, contented lives surrounded by loving families and pets.

Miracles are observed. For example, prayers are answered; an arm or a leg is regenerated through faith healing.

But none of this has happened. Indeed, the opposite is true in some cases, such as an abnormally low number of atheists in jail. Every claim of a supernatural event has proved false. The hypothesis of God is not confirmed by the evidence. Indeed, that hypothesis is strongly contradicted by the observations of our senses and the instruments of science.