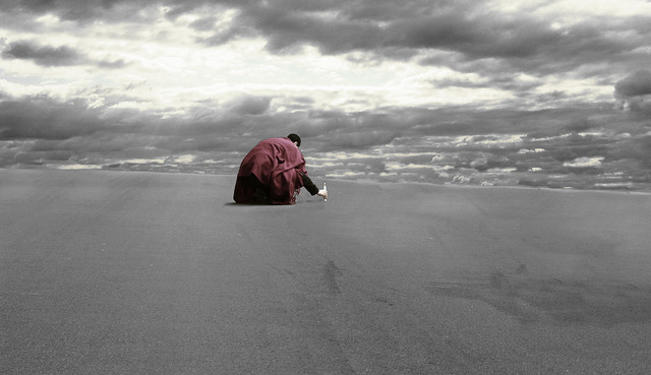 How Spirituality can contribute to resolve conflicts

We customarily measure the cost of any conflict/violence or disaster, natural or otherwise, in terms of money, lost production and number of civilians, soldiers and/or militants killed. But the most painful and costly legacy of conflict of any kind is the individual human suffering – the emotional and spiritual breakdown! Do we realize that the psychological wounds are worse than physical ones? We read about combatants returning from war zone being traumatized – but what about the trauma and the psychological stress faced by the civilians who continue to live in the war ravaged zones?

Psychological support has to be given to people to rehabilitate them in the true sense. Just as a phoenix rises from its own ashes, they have to rise to fresh challenges of life again from the depth of hopelessness created by the trauma of violence, conflict and disaster. A simple and practical program is needed, besides other aids, to assist people to get back their self-esteem, dignity and faith in themselves. Yes, we need to factor in the spiritual dimension to the civilian capacity building that we talk of. Spirituality is the intangible dimension of peace building.

From experience I know that peace cannot be achieved by force of discipline, by rules, regulations or by forcibly maintaining law and order in any region. For peace building we must find a new path, a path that does not impinge on anyone's freedom, true or imagined.

Diversity of religion, ethnicity, and many cultural aspects hold people against each other, creating a barrier to achieving harmony. Keeping the above in mind, one of the best possible ways for peace building and sustaining it is through spiritual science.

Before saying anything further about spirituality I want to point out the difference between religion and spirituality. Spirituality is distinct from religion. Religion, unlike spirituality, can be potentially divisive in certain circumstances. It is a human invention that is based on certain belief system, rituals and moral code, while spirituality relates to our own inner Self, the essential  Being that we are. Practicing spirituality is like learning a new language. A  language gives us  better access to more knowledge. Similarly, learning the spiritual language gives us better access to more knowledge about our inner being, which, otherwise, appears to be hidden.

Practice of spirituality brings a shift in our consciousness. We can say spiritual science bridges the known and the unknown worlds. It works both in physical and non-physical states to bring peace and harmony in our awareness. A spiritual approach facilitates outer change through individual empowerment. Spirituality enhances human values such as compassion, empathy, non-violence and tolerance. The practice of spirituality makes us realize that we are much more than mere a helpless human body and mind. This realization gives us freedom from limitations and leads us to our inherent peace and confidence in ourselves, in spite of any outer circumstances. This training in spiritual practice will not only bring peace at the present moment, but it will slowly but surely lead to future peace in the region as well. When we, the individual, are at peace, peace will reign in the whole region. The practice of spiritual technique adds a powerful, much needed dimension of healing whenever human limits are reached. The spiritual approach fosters a positive attitude even in the most heart-rending situations.

We can take the example of Yogic spiritual tradition which provides tools such as Yoga, meditation and mindfulness. Practice of these tools brings an inner change in our consciousness leading to compassion, non-violence, empathy, tolerance and love of peace. According to W.H.O, patients and physicians have begun to realize the value of spiritual elements such as compassion, hope, peace etc. in every healing process. To start a spiritual practice in the aftermath of conflict and war, small groups of local volunteers can be trained by us, who, later on, can train other local people in the region to bring lasting peace.

Who Can Benefit From Spiritual Practice?

The truth is – everyone can benefit from the practice of spirituality. It is non-discriminatory and does not even differentiate between good and bad. There is no duality in spiritual science. It helps every part of society, from militants, dictators and estranged youth to victims, prisoners and security forces, transforming hate and bitterness into a balanced and a peaceful attitude. It is not limited to any religion or culture.

Children traumatized and youth confused by the violence of war will greatly benefit by spiritual practice. It holds good for the perpetrators of violence too. If they practice spirituality their views will change and they will change towards a fair and a balanced attitude sooner or later.

The best time to use spiritual practice is when a conflict of any kind is brewing. It will be most profitable for the whole region if the leaders and policy makers practice it as it always brings clarity of thought. Spiritual practice should be taught to the troops before they are deployed and sent to difficult and hostile regions.

It will be of great value in  rehabilitation work, such as, psycho-social recovery, trauma relief, re-integrating former combatants into civilian society, empowerment of women and children exposed to abuse and violence. Spiritual practice will be of tremendous help in refugee camps as well as in achieving sustainable peace and preventing conflict from restarting.

Cambodia suffered tremendous destruction under Khmer Rouge regime including the massacre of an estimated 1.7 million people between 1975 and 1979. In 1992, the first peace walk Dhammayietra was initiated to promote the spiritual ideal of Buddhism – compassion, loving kindness, honesty and tolerance. This has given a sense of peace to the people after years of terrible violence.

David Steele, senior reconciliation facilitator at the United States Institute of Peace Baghdad office in Iraq has conducted more than 35 conflict resolution seminars for religious groups in various parts of the former Yugoslavia. According to David Steele, the feeling of empathy is one of the most important elements in the reconciliation process. Empathetic listening is essential for conflicting groups to be humanized and for the people to go beyond the feeling of victimization and to feel forgiveness for the “other”. Empathy and forgiveness are basic qualities of spirituality.

There are some organizations where spirituality is already being practiced in conflict resolution and peace building. Art Of Living is one of them founded by spiritual teacher, Sri Sri Ravishankar. It has peace building, conflict resolution, trauma relief and rehabilitation programs based on spiritual practices.The organization is interested in building new peaceful relationships between the warring communities, states and countries. Developing some form of spiritual awareness is absolutely essential for bringing about this shift in consciousness. Spiritual practice initiates and sustains this shift towards peace.

Since 2003 more than 5000 people from Baghdad, Basra, Suleymania and Karbala participated in The Art of Living Trauma Relief program. In 2006, inspired by the program’s benefit, 43 people from these regions volunteered to become program instructors. There are now 50 AOL instructors and 150 registered volunteers in Iraq. In 2007 Prime Minister of Iraq Nouri Al-Malki emphasized that the Art of Living Foundation had played a key role in rebuilding Iraq. He stated that “there are big powers which have big might, but they are not able to unite the hearts and minds of people. This work can be done only by a spiritual leader.”

Spirituality, apparently intangible, is the most important component of peace building process. It has, so far, never been given the importance that is due to it, especially in psycho-social recovery process, maybe because it gets mixed up with religion. It is time that spirituality is brought in the main stream of peace building process. Having knowledge of spirituality is a privilege, a privilege that needs to be used for the benefit of future generations. 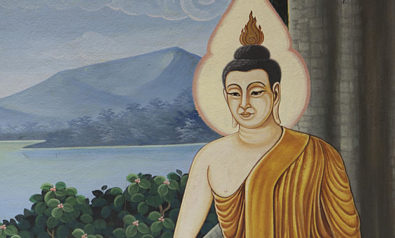 Mindfulness and the Pursuit of Happiness 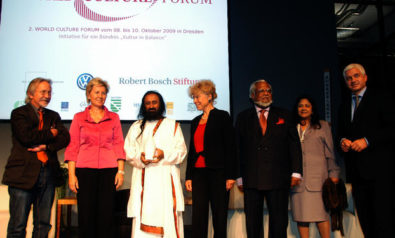 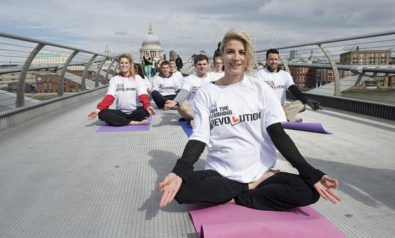 Meditation, Yoga, and the West