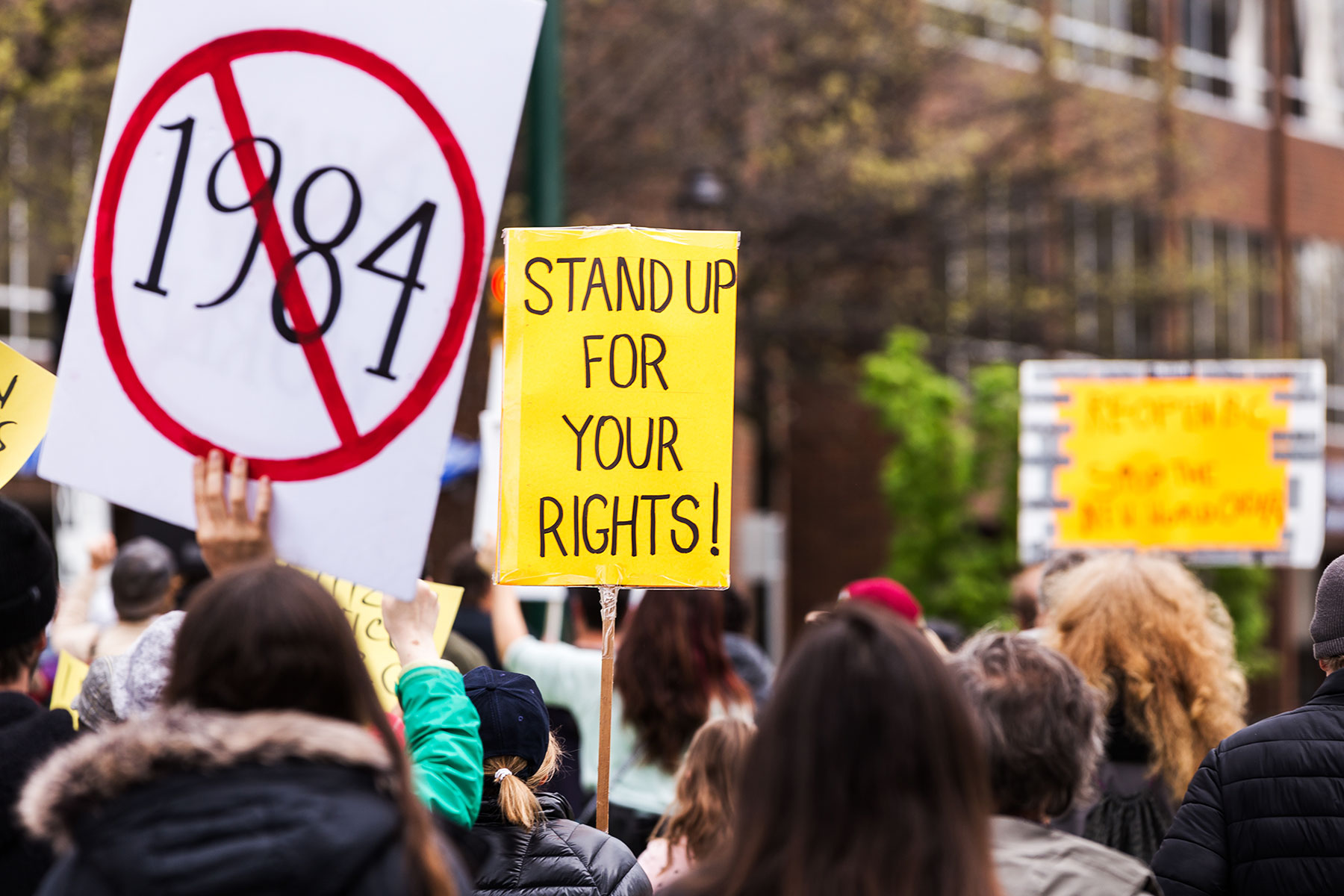 You’d think that the whole world could unite against a deadly virus. COVID-19 has already sickened over 200 million people around the world and killed over 4 million. It has now mutated into more contagious forms that threaten to plunge the globe into another spin cycle of lockdown.

The Politics of American Protest: A North Korean Twist

Avoiding global catastrophe from the more infectious Delta variant of COVID-19 doesn’t require a huge commitment from people and governments. Richer countries just have to ensure more widespread availability of vaccines, and individuals have to get vaccinated. COVID-19 is not an asteroid on a collision course with the planet. It’s not an imminent nuclear war. It’s an invisible enemy that humanity has demonstrated it can beat. It just requires a bit of cooperation. So, what’s the problem?

Actually, there are three problems. The first has to do with supply, since the richest nations have cornered the vaccine market and have been criminally slow to get doses to poorer countries. On the entire continent of Africa, for instance, less than 2% of the population has been fully vaccinated.

The second problem, on the demand side, is the commonplace resistance to the newfangled, in this case a vaccine that was developed very quickly, hasn’t yet been approved by the Food and Drug Administration and has some side effects that are harmful for a very small number of people. Hesitation is understandable. But not when placed against the obvious lethality of COVID-19 and the clear benefits of herd immunity.

The third problem is political. The far right has jumped on the anti-vaccination bandwagon, seized control of the wheel and is driving the vehicle, al-Qaeda-style, straight into oncoming traffic.

Both in the United States and globally, the far right has long been infected by various harmful delusions — the superiority of white people, the fiction of climate change, the evils of government. As the far right has spread, thanks to vectors like Donald Trump and Jair Bolsonaro and Viktor Orbán and Narendra Modi, those delusions have mutated.

Now, with its anti-vaccine opportunism, the far right is circulating a new Delta variant of global stupidity: virally through social media, in a shower of spit and invective on the street and through top-down lunacy from politicians and political parties. COVID-19 and all of its variants will eventually burn themselves out, though at who knows what cost. The latest versions of global stupidity promoted by the far right, however, are proving far more resistant to science, reason and just plain common sense.

The Brothers of Italy is a neo-fascist formation that is now polling the highest of any political party in the country today. With 21% support, this pro-Mussolini throwback is just ahead of the far-right Lega party. Throw in Silvio Berlusconi’s Forward Italy party at 7% and the hard right looks as if it could form the next government in Italy whenever the next elections are held.

How did the Brothers of Italy grow in several months from a few percent to the leading party in the polls? Led by Giorgia Meloni, a woman who predictably decries Islam and immigrants, the Brothers of Italy started out as a booster of vaccines, which seemed like a pretty safe position in a country that has suffered so much at the hands of COVID-19.

But Meloni abruptly shifted the party’s stance when the Italian government, currently led by technocrat Mario Draghi, introduced a “green pass” that allows the vaccinated to eat in restaurants, go to bars and enter various public places like museums. Meloni called the pass “the final step on the road to the creation of an Orwellian society,” which “limits the freedom of citizens, further devastates the economy and de facto introduces a vaccine mandate.”

Limits the freedom of citizens? The freedom to infect other people with a deadly virus? Effectively, Meloni wants to grant all citizens the same right that James Bond famously possessed: the license to kill. Unfortunately, such nonsense has support outside Italy as well.

Batting for a Pathogen

In France, the government of Emmanuel Macron has instituted a similar health pass as well as mandating that all medical professionals get vaccinated. The response has been ferocious, with several demonstrations of over 100,000 people mobilizing around the country.

It might seem at first glance that the French protestors are just ordinary folks who are sick and tired of government intrusions in their lives, similar to the yellow vests protestors from 2018. But the organizers of these anti-vax protests are the usual suspects from the far right like Florian Philippot, a former top aide of the National Rally’s Marine Le Pen. National Rally and the equally rabid Stand Up France have come out against Macron’s policies. Unfortunately, some leading members of the left-wing France Unbowed party have also endorsed the rallies. As in the United States, French anti-vaxxers are resorting to anti-system conspiracy theories up to and including QAnon.

Despite the size of these rallies whipped up by the far right, a majority of French support the health pass and nearly 70% of the population has gotten at least one shot, compared to only 58% in the United States. But the far right sees the anti-vaccine movement as an opportunity to worm its way into the mainstream in France and elsewhere, such as the Querdenken movement in Germany, the anti-Semitic far right in Poland and evangelical Christian organizations in the Philippines.

Toward this end, the far right has eagerly employed the services of such “useful idiots” as Robert Kennedy, Jr., perhaps the most famous face of the anti-vaccine movement. The Polish far-right party Confederation invited Kennedy to speak on-ine to a Polish parliamentary group on vaccines. Kennedy also put his social media power behind a global day against vaccines that took place last October in 15 countries from Europe to Latin America, which a number of far-right parties helped to organize.

Originally in the United States, vaccine skepticism circulated mainly on the left, where suspicions of chemicals and corporations created a resistance to having just any substance injected into one’s arm. But then along came Donald Trump, the dark conspiracy theories of the alt-right and ultimately QAnon, which focused latent anti-government sentiments against the medical establishment and its COVID-19 vaccines. Suddenly, videos like “Plandemic” were zipping around cyberspace, and prominent anti-vaxxers like “healthy lifestyle advocate” Larry D. Cook fell under the sway of QAnon.

Today, in a tired repeat of 2020, US anti-maskers and anti-vaxxers are again protesting in front of governors’ mansions, bringing their message to Disneyland and shutting down school board meetings. If COVID-19 were a wealthy corporation that underwrote such disruptions, these actions would make at least some economic sense. If COVID-19 were a wildly popular musical group or a subversively attractive religious cult that governments were trying to suppress, the frenzy of crowds would be somewhat understandable. But COVID-19 is a deadly virus. Why on earth would anyone go to bat for a pathogen?

The Far Right Has Its Reasons

Conservatives have traditionally supported the powerful pillars of society: the police, the army, the state. Today’s far right is not conservative. It detests the state. It prefers vigilante justice — everyone standing their ground with gun in hand — to the police and the army, since these latter are representatives of the state.

Effectively, the far right embraces the old Hobbesian concept of a “war of all against all,” which was the status quo before the emergence of the state. To achieve this “golden age” of general mayhem, the far right pursues any means necessary. It supports homeschooling to destroy public education, privatization of state assets to weaken the government, and deregulation to tilt the playing field in favor of corporations.

And now, in the age of COVID-19, the far right is even willing to support germ warfare. For that’s what the anti-mask and anti-vaccine ideology amounts to: siding with the novel coronavirus against the sensible policies of the state. One wonders: If the state issued a mandate that required people not to jump off cliffs, would the far right suddenly launch a Lemming Crusade simply to spite the state?

I can well imagine the segment on Newsmax.

Reporter: I’m here with patriot James Q. Public. He and his family are standing at the edge of the Grand Canyon. Tell me, James, why are you about to take a big step into the unknown?

James Q. Public: The government can’t tell me what to do. I believe in choice. And this is my choice.

Reporter: Do you think of yourself as a pioneer?

James Q. Public: Absolutely. This socialist government with its Five Year Plans sickens me. I take it one day at a time. One minute at a time.

Reporter: Your youngest child doesn’t look happy about your choice.

Reporter: Get used to falling off a cliff?

James Q. Public: Come on, man, you believe in all that nonsense those scientists are trying to force down our throats? Vaccines? Climate change? Gravity? Okay, everyone, let’s go. One small step for the Public family, one large step for arrgghhh….!

It would all be grimly amusing, like some pandemic version of the Darwin Awards, if the far right’s Lemming Crusade wasn’t threatening to drag the rest of us off the cliff with it. 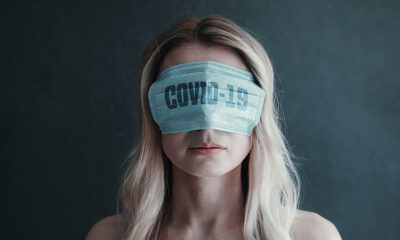 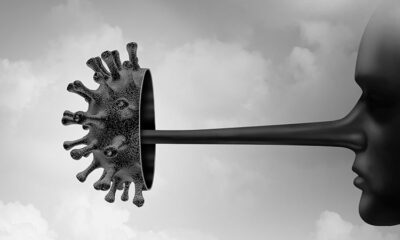