Not only has UK Prime Minister Boris Johnson failed to learn from other countries’ dealings with COVID-19, he has stubbornly refused to learn from his own experience. He is the true king of fools. It would be laughable were it not for the tens of thousands of deaths he and his government are responsible for.

On March 23, Johnson led the UK into a lockdown. It was far too late. In May, he led the country out of lockdown in what was supposed to be an incremental fashion. It was far too early. It was also confusing, chaotic and only encouraged people to abandon all pretense long before the final restrictions were lifted in July and August.

Johnson is now back where he started, declaring, as he did before March 23, that normality and the economy must be preserved at all costs. As before, infection rates are on the rise, especially in London and parts of the north. As before, these facts are being ignored. Under no circumstances will a second lockdown be contemplated, nor will schools close after September 1. Responses to any future outbreaks will be localized and short term.

The guidance being handed to England’s hapless schools is remarkably similar to that issued back in January, February and March: wash your hands, clean surfaces and, if possible, keep your distance from each other. (The government adds “if possible” to its documents because it knows full well that such distancing is impossible in most schools and in most classrooms.) As before, teachers or children who are clinically vulnerable — or who are shielding a husband or wife, a mother or father, a daughter or son who is clinically vulnerable — can attend school and should do so when the new term starts in early September.

If you are a parent who is determined to keep your child at home, you will be fined, as before, by the secretary of state for education. And, as before, there will be no testing unless someone displays symptoms. There is, however, one innovation being introduced this time around: children, parents and staff who do show any symptoms are asked to get themselves tested, to trace contacts and to report their findings to the school.

Johnson’s motivation for all this nonsense is the economy. He is seemingly and willfully unaware that it tanked by a whopping 20% of GDP in the first quarter, compared to just under 12% across the EU. This is not because Johnson locked down too early and for too long, but because he didn’t lock down early enough or for long enough and didn’t take that breathing space to organize an effective track-and-trace regime or institute a mask-wearing culture. He also failed to engage with local governments and instead treated them with contempt and withheld from them the information they needed to protect the vulnerable. He has, in other words, assiduously ignored the best strategies that are on public display in China, Taiwan, Hong Kong, Macao and South Korea. These include the restriction of movement and physical distancing, rapid identification of positive and suspected cases through mass testing, and the immediate isolation of positive and suspected cases with appropriate treatment rendered.

The pillars of Seoul’s response, for example, are promptness and transparency, and a willingness to learn from the 2015 MERS outbreak. Government, local and national, did not hesitate: It tested aggressively, launched epidemiological investigations and imposed quarantines, shared information and began disinfection efforts.

South Korea saw its first confirmed case of COVID-19 on January 23. Within a week, hand sanitizers and disposable masks were being distributed for free on public transport, and seats and handles were being disinfected. Within 16 days of the first case, museums, galleries and other cultural venues, along with taxis, subways and buses, were being sterilized with ever more frequency, and people who had been exposed were quarantined and given specialist medical care. Within four weeks, screening stations were up and running around the clock. Risky venues such as bars and cafes were closed, and treatment was being extended to citizens with suspected COVID-19 symptoms. Within five weeks, public facilities were shut.

In the UK, within five weeks of the first confirmed case on January 29, Johnson, on the best scientific advice the country could muster, had done almost nothing. The government’s modeling group had advised that isolation and tracking wouldn’t do much other than delay the peak of the epidemic. Life might as well go on as normal. Masks were not needed. More proactive measures were not advised until six weeks after the first case. On March 3, Johnson’s government, having listened to the great and the good of Britain’s scientific community, declared that it would be better if people did not shake hands. That same day, Johnson proudly boasted that he had been shaking hands with everyone, including coronavirus patients.

The results are as stark as they are unsurprising. While the UK has had more than 41,000 deaths and has taken the worst hit to its GDP year on year in the second quarter in 64 years, just over 300 people have died from the virus in South Korea, its economy grew through the first quarter and is expected to manage around -0.8% over the year. Even in the Philippines, where the government has been equally as irresponsible as Johnson’s, there are those who see the choice between keeping the economy going and tackling COVID-19 as an entirely fictitious one.

Yet perhaps the most exasperating thing about this whole sorry debacle — surely the worst exhibition of foolhardiness and incompetence since the 1853 Crimea campaign, the First World War, Neville Chamberlain’s policy of appeasement or Britain’s chaotic and bloody withdrawal from India (take your pick) — is the fact that Boris Johnson is still in Number 10. Not so long ago, a few weeks before the outbreak, I heard a young lecturer, a social psychologist from China, say that the English, so used to being smothered by their government and their aristocracy, are most at ease as placid and compliant followers. I’m beginning to see what she meant.

*[This article previously stated that the UK has had more than 60,000 deaths from the coronavirus. Updated: August 19, 2020] 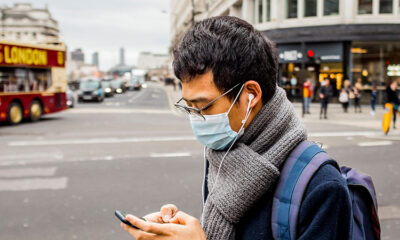 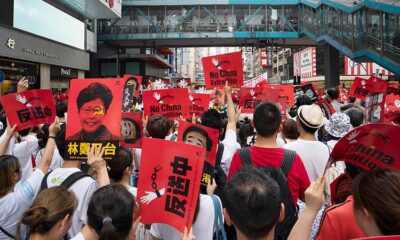 It’s Time for Hong Kong to Get Real