With the advent of the Fourth Industrial Revolution (4IR), the potential to integrate technology into the UN Sustainable Development Goals (SDGs) is reaching new heights. According to Klaus Schwab, Founder of the World Economic Forum, 4IR is “blurring the lines between the physical, digital, and biological spheres.” The fusion of disparate systems into an innovative whole represents substantial progress over the Third Industrial Revolution’s incremental digitization, and governments are taking notice. Given their innovative capacity, legacy of state intervention and appetite for economic growth, countries in the Association of Southeast Asian Nations (ASEAN) are uniquely poised to lead on technology-based SDG progress.

This summer, the ASEAN Secretariat convened a meeting to discuss development opportunities related to 4IR. Described by ASEAN’s deputy secretary general for economic community as “a technological revolution,” the Fourth Industrial Revolution has relevance across the three pillars of ASEAN: political-security, socio-cultural and economic communities. While all ASEAN countries have adopted initiatives for ICT connectivity and related technologies, few have targeted 4IR specifically. Singapore, Malaysia and Thailand are regarded as having the region’s most sophisticated 4IR visions.

Given that the Fourth Industrial Revolution is based on autonomous connection among technical systems and between technical and non-technical ones, the potential is high for gains not only in data collection and monitoring (an example being Chicago’s Array of Things) but also in public service efficiency, policy responsiveness, and the resilience of governance and production systems to environmental, economic and social change. The latter is especially relevant to ASEAN, a region facing substantial risks from climate change in the coming decades.

Cities are likewise becoming increasingly important players in sustainability policy. A 2019 report by the Chicago Council on Global Affairs argues that “the role of cities is increasingly crucial in translating the high-level visions of SDGs into practice through local policies.” While the potential of 4IR to restructure industrial systems is well known, there is also significant potential for 4IR and other technologies to facilitate SDG localization, including projects like smart grids for transport and electricity, risk-adaptive infrastructure management, and monitoring systems that connect health-care providers with patients.

Nevertheless, the pathway to realizing this potential is a minefield of policy challenges. According to a 2017 PwC report, 4IR technologies require robust governance structures and social and environmental safeguards. To manage the runaway impacts of rapid technological advancement, including the risks of 4IR to employment and livelihoods, governments must act with foresight and boldness.

At the same time, the climate crisis is an invaluable opportunity to harness 4IR for sustainability initiatives — if done within the bounds of fiscal and social feasibility. In addition to 4IR, civic technology (or “civic tech”) holds potential for supporting SDG localization. A 2018 report by the aforementioned Chicago Council defines civic tech as “the technology-enabled engagement of civil society in urban governance.” One example of civic tech is government-sponsored virtual platforms on which social entrepreneurs can host smartphone applications for a variety of purposes including transportation, safety, health and political engagement.

Such platforms function like a commons — a virtual public park — in which the government has no jurisdiction over content beyond regulating legality; it supplies only the infrastructure as a service to enable the operations of small-scale innovators for whom access to hosting platforms can be prohibitively expensive. In this way, civic tech can increase public welfare by boosting the commercial viability of application-based sustainability initiatives while facilitating collective action in civil society more generally.

The Fourth Industrial Revolution and social application platforms herald an innovative new area in SDG localization and sustainability policy. However, amidst a raging techno-fetish that has seized the interest of both the public and private sectors, it is necessary to “pump the brakes” by reflecting on the limits of technology. The 2019 Chicago Council report states that “the proliferation of technology-enhanced data collection has lured political leaders, bureaucrats, and even drafters of sustainability declarations and agreements into a faithful reliance on the certitude of numbers.”

Technology is neither a substitute for good governance nor a solution to bad. It will succeed only to the extent that governments commit to institutional reform and consider sustainable growth more of an existential imperative than a branding opportunity. 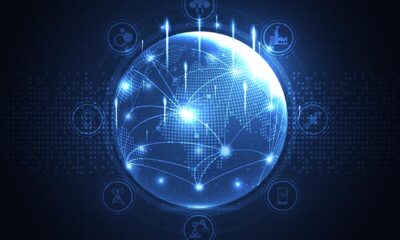 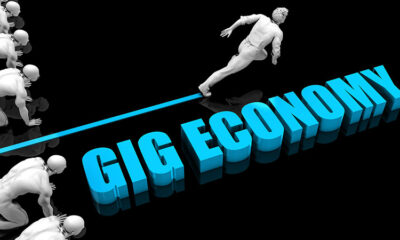 The Gig Economy Takeover: Will It Last? 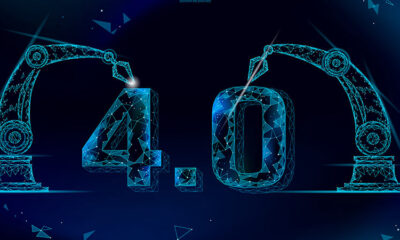