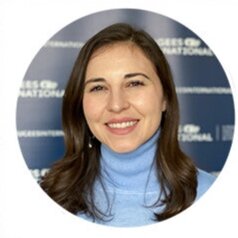 Rachel Schmidtke is the advocate for Latin America at Refugees International. Previously, she was the program associate at the Mexico Institute of the Woodrow Wilson International Center for Scholars where she played a key role in the development of the Mexico Institute’s migration portfolio and produced policy work on Mexico, Central America and US migration, asylum and refugee policies. Prior to joining the Wilson Center, she conducted research at Duke University on Northern Triangle migration, developing policy solutions for the United States and Mexico. She previously worked as part of the World Bank Gender Group, as well as at the United Nations World Food Programme in Lima, Peru and USAID in San Salvador, El Salvador. A Returned Peace Corps Peru Volunteer, Schmidtke received her MA in International Development Policy from Duke University, focusing on migration, Latin American foreign policy and gender. She is fluent in both Spanish and English.

The Biden administration has made it clear that US engagement with the Western Hemisphere is a priority. Much of its early focus has been on Mexico, Guatemala, Honduras, and El Salvador, as forced displacement from these countries is such a pressing concern. But a worrying crackdown in Nicaragua is going largely unnoticed....

Recent comments by US Vice-President Kamala Harris over migration from Guatemala are part of an unfortunate pattern. Like Harris, other members of the Biden administration have been telling Central American migrants — many of whom are forced to leave home — “do not come” to the United States because they...