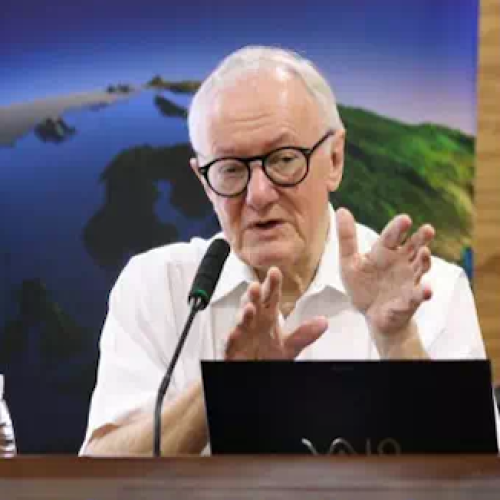 Michael Batty is Bartlett Professor of Planning at University College London, where he is Chair of the Centre for Advanced Spatial Analysis (CASA). He has worked on computer models of cities and their visualization since the 1970s and has published several books, such as “Cities and Complexity” and “The New Science of Cities.” His blogs (www.complexcity.info) cover the science underpinning the technology of cities, and his posts and lectures on big data and smart cities can be found at www.spatialcomplexity.info. Batty is a Fellow of the British Academy (FBA) and the Royal Society (FRS), and he was awarded the CBE in the Queen’s Birthday Honors in 2004 and the 2013 recipient of the Lauréat Prix International de Géographie Vautrin Lud. In 2015, Batty received the Gold Medal of the Royal Geographical Society for his work on the science of cities.

How will we define cities in the next century when most populations will feel the inﬂuence of globalization? In summer 2002, I was driven from Nanjing to Shanghai through Suzhou, a distance of about 250 kilometers. I was struck by the fact that we journeyed through almost continuous urban development...