A top-down, one-size fits all approach to achieve Goal 4 of the Sustainable Development Goals will not solve the issue of poverty.

In the developing world, one primary school looks like any other primary school. Although the children and teachers might speak different languages, the desks are always in military rows, the Oxford University Press textbooks are always torn, and the teachers always write in chalk and chant ABCs that the children always parrot. The exception, of course, is when children have no desks at all.

It becomes almost routine to visit, wait to be served tea or coffee with biscuits, listen to principals complain in great depth about the lack of funding and government corruption, and nod sympathetically. Colonial heritage is often evident in the out-of-place uniforms and the confusing use of several language mediums.

Population growth in the Middle East and North Africa, South Asia and Sub-Saharan Africa mean that more of these startlingly similar primary schools pop up in different guises: government schools, low fee private schools and tuition centers. All generally share the common denominator of being low quality, despite the recent expansion in public-private partnerships and the opening of mid-range private schools.

The Millennium Development Goals, which expired in 2015, provided little direction in terms of helping address the quality issue in education. Instead, based on statistical models focused on the largest rate of return, the education goal pushed the expansion of primary schools. This became known affectionately as UPE, or “Universal Primary Education,” and studies on its implementation littered the government offices of many education ministries.

According to human capital theory and studies by the World Bank, one solution to poverty was increasing basic literacy and numeracy skills. It was a simple solution: elegant, obvious, statistically proven and measurable.

The assumption was that educated people with basic literacy and numeracy skills could obtain jobs and, therefore, reap a higher rate of return on educational investment and stimulate the economy. In Sub-Saharan Africa, in particular, with a predicted doubling of the population by 2045, the need for an educated labor force seemed logical.

Hindrances to Poverty Eradication Under UPE

Universal Primary Education presented a much larger issue than appearances suggest. In Sub-Saharan Africa, for example, the shift from exclusive primary education for the children of wealthy or influential families to inclusive education for all was, and still is, radical. 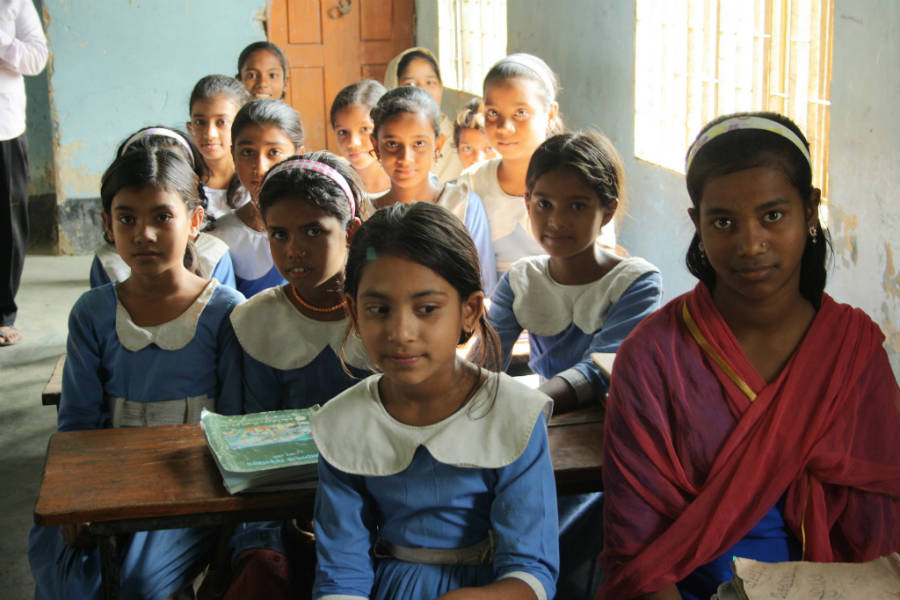 Questions arose over whether, especially in post-colonial countries with ponderous private school traditions, UPE also meant free primary education. If so, UPE became a political issue, intimately linked to the democratizing process. The frightening part of this was the idea that if everyone is equally well-educated, everyone has an equal say in a country’s politics, and everyone has the ability to obtain a decent job.

The World Bank, in a study on Sub-Saharan Africa, indicated that free primary education and UPE went hand in hand; in other words, school fees must be abolished to end poverty. Subsequently, most countries passed laws eliminating school fees across the developing world during the UPE era, leading to increased enrollment in government schools.

According to the United Nations (UN), enrollment in developing regions was 91% in 2015—a contrast to 83% in 2000. Literacy has also improved from 83 to 91% in 25 years. This data looks promising, initially, and speaks to a successful push to encourage more children to attend school regardless of cultural, monetary and gender constraints.

Unfortunately, as of 2015, 57 million children are still out of school. Furthermore, while literacy rates appear to have improved, studies still show a massive amount of inequality both in terms of quality of schooling and access. Survival rates, or the number of children in each year group who stay in school, have also fallen.

This is the unfortunate result of a few technicalities related to effectively implementing UPE to eliminate poverty. The crux of the issue: Human capital might result from an increase in schooling overall. However, this assumes school attainment is equally accessible and distributed across income classes without acknowledging the fact that children from poorer families often have access to the worst schools.

The UN, itself, records that children from poor households are four times more likely to be out of school. In addition, studies suggest that in an average developing country, even nine years of schooling does not mean that students are functionally literate. A study in Pakistan also indicates that children are independently able to conduct their own cost-benefit analysis and drop out if they believe schooling will not benefit them in the long-run because the quality is so poor. 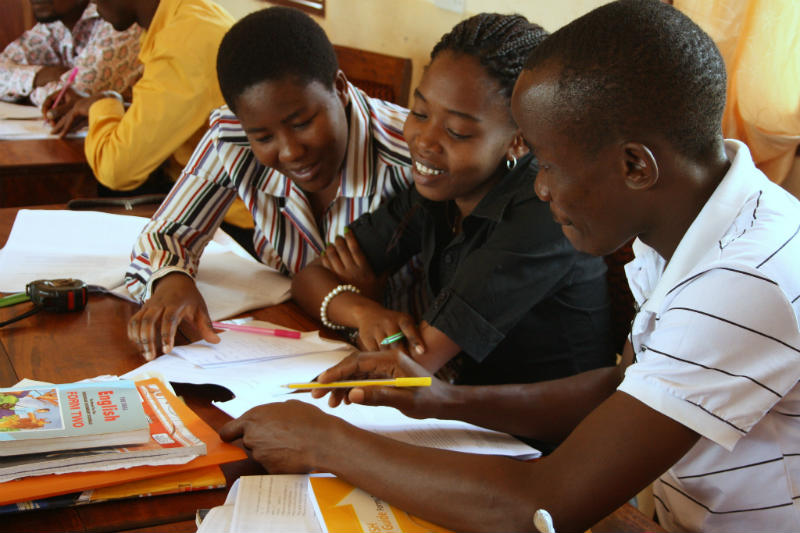 Unsurprisingly, the fact that poorer children often have access to poorer schools means that they do not have the same access to employment as their wealthier peers. Advocates argue that any school is better than none, and while this might be the case, a child sitting in a classroom for nine years without learning basic literacy means an upside-down cost-benefit equation.

Any teacher knows that if every classroom contained a magically homogenous group of children from high socioeconomic backgrounds and a uniform culture, reforming education to alleviate poverty would be simple. Unfortunately, as clichéd as it sounds, every child is different, and when educating children who struggle with issues such as nutrition, health or learning needs, the work becomes that much more intricate and challenging.

The crux of the issue remains: Education, itself, can become a perpetuation of poverty if it is not comprehensively managed and reformed.

Furthermore, the population explosion also affects both quality and available schooling. UNESCO reported in October 2014 that at least 93 countries have “an acute teacher shortage” and that Sub-Saharan Africa leads the list of shortages with 18 million teachers needed by 2030 to achieve UPE—classrooms in some countries are at a 76:1 ratio.

The labyrinthine issue of teacher recruitment, retention and attrition also speaks to concerns about labor markets, funding and salaries, and shifts in attitudes toward teaching. Much like Taiwan or Singapore, an overhaul of an educational system of a country to better align with labor market to reduce poverty requires raising the status and educational levels of teachers.

Lip service is often paid to education and teachers in many developing countries, but real change in terms of regarding teachers as professionals deserving of professional salaries and benefits is still lacking.

While education is often seen as the panacea to poverty, it becomes increasingly clear in an examination of UPE that it is too simple a solution. The education world has remained slightly erratic, first insisting on free public education and then cautiously investing in low fee private schools because they are ostensibly better quality. There is still no clear answer on how to best get children into school and, when they are there, make sure they are actually learning, but it is clear the UPE was too narrow.

Schools as organic beings—filled with teachers, students, community stakeholders and cultural norms—need to be grown into meaningful societal institutions, not simply replicated boxes that fail to address deeper issues.

The introduction of the Sustainable Development Goals, and Goal 4 in particular, is a welcome change. A new focus on “inclusive and quality” education and “lifelong learning” mean that this goal, unlike the MDG on education, demands slightly more attention to detail and complexity. 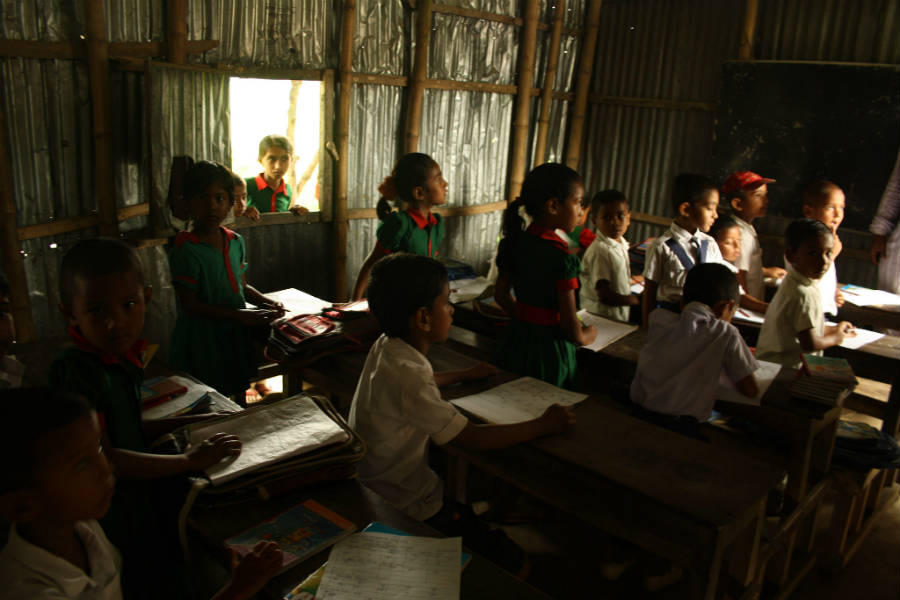 While this might be a bit frightening for donors and data lovers in development, Goal 4 appears to avoid the narrowness and deceptive simplicity of UPE in favor of addressing the real concerns of classrooms with diverse groups of children.

Goal 4 delineates that education should be “free, equitable, and quality.” While the “free” is potentially still up to debate in education circles as low fee schools and public-private partnerships become increasingly popular, the focus on equity and quality, and the shift away from only primary, are authentic moves toward understanding what 21st century education must entail.

Understanding the limits of what schools can and cannot do is important in beginning to understand the complexities of trying to make them better in the first place. An understanding that some children might benefit more from a vocational curriculum rather than an outdated academic one is also important, as is the understanding that “schooling” means many things.

Furthermore, if schools and school systems are to be changed, built and bettered, schools must be seen as organic, community-related organisms, not a series of clones. Truly dynamic innovation must occur within schools and communities for education to be more than just a relic of colonial rule meant for the rich.

Teachers must be trained and an emphasis placed on the professionalism of the career path. Studies in SACMEQ countries in Africa have demonstrated an impact of teacher competency tests of 0.21 and 0.32 on students. Furthermore, with regard to training, in Namibia teachers with no training perform at 2% of a lower standard deviation, and in Uganda this drops even further to 14% of a standard deviation. This appears to be an obvious answer, but as teaching is a vague variable, many have shied away from truly examining the importance and effectiveness of a good teacher.

In a sense, to truly implement Goal 4, development organizations and donors will have to shift thinking away from a one-size fits all, top-down approach and begin to understand that complexity is not a bad thing. In fact, it might be the key to creating better institutions that actively impact communities to reduce poverty.

Fragile Lives on the Streets of Valencia

Migration is Here to Stay