Since oil prices plummeted from around $100 a barrel in mid-2014 to $50 in September 2016, the fiscal crisis of Saudi Arabia has deepened further. The freefall of oil prices urged the government to announce austerity plans in December 2015. This was followed by the unveiling of a new vision for a country that places diversifying its economy and reducing the size of the public sector at its core. Lastly, the Saudi cabinet made a historical switch from the Islamic lunar to the Gregorian calendar to save 11 working days of payments to its employees.

More controversially, the government decided to extract direct benefits from its monopoly over Muslim holy sites by charging 2,000 riyal—approximately $530—for hajj and umrah visas.

These signals point in one direction: The golden days of the generous Saudi state might be coming to an end.

A positive reading of these reforms could be the promise of a fiscally responsible and capable future Saudi state, independent of its oil fortunes. However, we need to revisit obstacles on the path to the Vision 2030 initiative and the implications of the kingdom’s economic reforms.

A careful reading indicates that Saudi Arabia’s attempts to escape its economic hurdles imply undertaking political and economic risks that extend beyond its borders, which could worsen the uncertainty in the already-foggy Middle East.

Saudi Arabia: The Future of Authoritarianism

Saudi Arabia is a robust theocratic dictatorship thanks to a historical social contract where the government offers generous economic rights at the expense of civil liberties. This translates into an extensive cradle-to-grave social welfare system and an enormous public sector that employs almost half of the working force.

Yet the new economic reforms threaten this arrangement. In March 2016, the government reduced subsidies on gasoline, electricity and water. This led to popular outrage that was expressed on social media outlets. Furthermore, the government plans on a gradual reduction of public sector employment, along with a large privatization program of public enterprises. This combination of uncertain unemployment and limiting the social welfare programs can only create more public discontent.

Until now, the Saudi government managed to contain political discontent to the chests of its beholders. However, a fiscal crisis would make repression costlier to the government. Shifting more resources from public welfare to the coercive state’s apparatus would intensify the rage. This puts the sustainability of the Saudi authoritarian regime in jeopardy.

Yet this challenge to authoritarianism from a fiscally struggling Saudi Arabia is not confined to its own territory. The Saudi government has been active in empowering neighboring authoritarian regimes. Recall the scene of Saudi tanks invading the squares of Manama in Bahrain to crush protests during the Arab Spring of 2011. What if Saudi Arabia was burdened with its own domestic fiscal problems and political threats?

This means that authoritarian neighbors are also facing serious domestic threats. Oppressed Shia Muslims in Bahrain seem to be persistent in their pursuit of political rights. A succession crisis in Oman is impending, which could be an opportunity for pro-democracy factions. The political futures of the Arab Spring countries in Egypt, Tunisia, Libya, Syria and Yemen are far from certain. Yet it is rather certain that these futures would be different without the Saudi economic, political and military interventions.

According to the kingdom’s Central Department of Statistics and Information, Saudi Arabia is host to 10.4 million expatriates. Around 75% of them are from India, Pakistan, Bangladesh, Egypt and the Philippines. Egypt itself has 2 million workers in Saudi Arabia. A reduction in the demand for foreign labor in Saudi Arabia due to economic austerity would lead to two main economic consequences.

First, a positive labor supply shock to labor-abundant economies through returning migrants would drive unemployment rates even further in the labor-exporting countries. A good example of that is the flood of about a million Egyptian migrant workers from Libya after the chaotic revolution. This led to rising unemployment among unskilled labor, especially in impoverished Egyptian regions. Although a similar exodus is less likely from Saudi Arabia, a milder version could still have significant impacts due to the large number of foreign workers.

The second economic effect is no less critical. Foreign workers are a main source of remittances to their national economies. Thus, a decline in demand of foreign labor in the large Saudi market threatens the flow of remittances and foreign currency to migrants’ national economies. For example, in the Egyptian case, workers’ remittances are the top source of the Egyptian foreign currency reserves. A decline in Saudi demand for Egyptian labor would be a serious threat to the whole Egyptian economy that is historically plagued by “dollar crises.”

The morale of this story is that a more financially constrained Saudi Arabia could bring economic hardships to many poor economies tied to its wealthy economy.

Thanks to its Wahhabi heritage, the Sunni kingdom has been active in indoctrinating its expat community and exporting its extreme Sunni ideology to other Muslim countries. In the 1990s, the returning of the early waves of migrants carried the Wahhabi ideology to their home countries in Egypt, Algeria, Pakistan, Bangladesh and others.

This translated into both peaceful and violent Islamic movements through a process of ideological diffusion due to cross-border labor mobility. Hence, we might expect a similar effect if more migrant workers return home. This would resemble a boost for Islamist extremism.

Yet there is another side of the story. The rise of extremist Islamist movements was also driven by the flow of financial support from Saudi Arabia. A good example of that is the Salafi movement in Egypt that had strong connections with the Wahhabi kingdom. Saudi support for Jabhat al-Nusra in Syria is a bloodier example. However, the cutting of financial support would curtail these extremist movements. This would generate a balancing effect to the flow of migrants.

Unfortunately, the Saudi government seems to be persistent in providing financial support to extremist groups. Its continuation of war in Yemen and support of Islamist militias in Syria show little reflection of the fiscal constraint on its regional ideological goals. This could signal that a poorer Saudi Arabia would bring more extremism into the region.

It is true that a diversified economy with a more fiscally responsible government implies a more sustainable economic future. Yet the question is whether the Saudi government would have the luxury of time to reach its goals. With every step toward economic liberalization and reducing the size of the state, the kingdom is undermining the robustness of its authoritarianism and that of its neighbors.

Even more, it is exporting further economic hardships and religious extremism to struggling economies and fragile states. All this adds to the prevailing uncertainty in the Middle East. 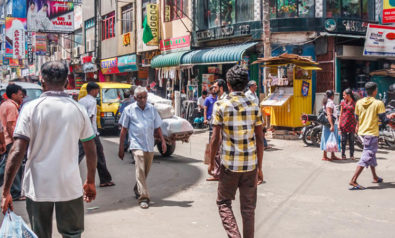 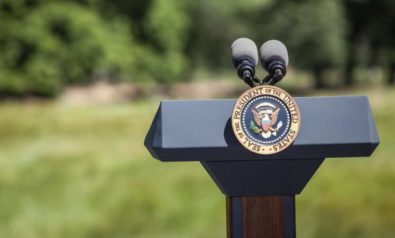