On October 23, the Trump administration announced the agreement between Israel and Sudan to normalize relations. Ordinarily, such an agreement would be good for both countries. But for Sudan, still struggling with imposing democratic norms after decades of brutal dictatorship, it could come at a price. The accord marks another step toward Israel’s long-sought acceptance in the Middle East. The agreement is especially noteworthy for Sudan’s role in the notorious Khartoum Resolution’s “Three Nos” — no negotiation, no recognition and no peace with Israel – declared at the Arab League summit in 1967 following the Arabs’ embarrassing defeat by Israel in the Six-Day War.

The agreement hardly portends the economic, trade and security benefits that will follow from Israel’s earlier agreements with the United Arab Emirates or even Bahrain. Sudan’s economy is on the ropes, suffering from a brittle political climate, rampant corruption, punishing sanctions imposed by the US since 1993 as a state sponsor of terrorism (SST) and the concomitant economic isolation, the sharp fall in oil revenues following South Sudan’s independence, and continuing internal instability. Israel stands little to gain other than one more embassy in an Arab nation.

Normalization Amidst a Transition

Sudan, on the other hand, could potentially benefit longer term from Israel’s vaunted economy and the resulting technology transfer and investment. But the latter depends on the very action that the accord could jeopardize. Sudan is engaged in an existential transition. Its former dictator, Omar al-Bashir, was overthrown in April last year following five months of massive and violent popular demonstrations throughout the country, especially in the capital Khartoum. Among his many crimes, al-Bashir had allowed al-Qaida to set up operations in Sudan in the 1990s and had ordered a genocide in the Darfur region in the early 2000s.

Al-Bashir’s successor was also removed as Sudanese opposition groups united to assert their growing power and demands for democratic reforms in the country. But merely removing two autocrats wasn’t sufficient, and the opposition has been locked in negotiations with entrenched interests among the security and intelligence services and the armed forces over the country’s political future.

A transitional government, led by technocratic Prime Minister Abdalla Hamdok, is now engaged in a herculean effort to shed Sudan’s international pariah status, reintegrate the country into the international community, activate a moribund economy and establish the foundations for a durable democracy. To complicate his task, Hamdok faces resistance from the recalcitrant, self-interested class of al-Bashir leftovers in the armed forces and security and intelligence services. In addition, he must also now contend with dissent within the democratic opposition. Key members of this fragile coalition of opposition groups backing democracy have already announced their opposition to normalization.

So, Sudan’s future hangs in the balance. Mixing the Israel normalization agreement into this steaming political cauldron is hardly likely to quell things. For one, there has been no public dialog about normalization after more than a half-century of estrangement from and antipathy toward the Jewish state. With national elections still two years away, Hamdok rightly understood that as interim prime minister he had no mandate to proceed with normalization and told US Secretary of State Mike Pompeo as much earlier this month. He likely recalled the similarly rushed Israel-Lebanon peace agreement in the midst of the Lebanese Civil War in 1983, subsequently revoked by the Lebanese parliament after less than a year. (The Israelis may also be thinking the same thing.)

However, Trump and Pompeo had Hamdok and the interim government over a barrel. Sudan’s efforts to return to the international economic fold hinged on the US lifting its sanctions on Sudan. The government had already agreed to pay $335 million in reparations to the victims and families of the Dar es Salaam and Nairobi embassy bombings, which had been the principal condition for lifting the sanctions. Pompeo already had the authority to lift the onerous SST restrictions.

Donald Trump’s flagging political fortunes intervened. He calculated that notching a third Arab country on his Israel normalization belt would burnish his foreign policy credentials in the election. He even tried to win Benjamin Netanyahu’s endorsement in a phone call, asking the Israeli prime minister if he thought “Sleepy Joe,” a disparaging reference to his Democratic opponent, former Vice President Joe Biden, could have negotiated such a deal. The supremely wily Israeli politician demurred, however, merely expressing Israel’s appreciation for all of America’s efforts on behalf of Israel. Israelis watch American polls, too.

In an act of what only can be seen as desperation in the face of trailing numbers in US national presidential polls, Donald Trump bragged to Netanyahu of a diplomatic achievement in negotiating — let’s call it by its real name, strong-arming — a weak and struggling nation into accepting a normalization deal with Israel. In an even more obvious sign of Trump’s fear of becoming a one-term president, he pressured a country he likely had in mind in his infamous declaration on “shithole countries” in January 2018.

Sudan isn’t good enough for Trump’s America, but it will do as Israel’s newest diplomatic partner. That Trump did not grasp this irony only underscores his gross ineptitude and neophyte status in foreign policy. The real tragedy, however, is that the Sudanese people’s heroic struggle for democracy, already pursued at great sacrifice, is further freighted. Regardless of how the Sudanese may feel about their nation’s new ties to Israel, the enemies of their freedom and democracy will surely use this as a political cudgel to thwart Prime Minister Hamdok and the allied groups. Normalization with Israel could have waited. Democracy cannot. 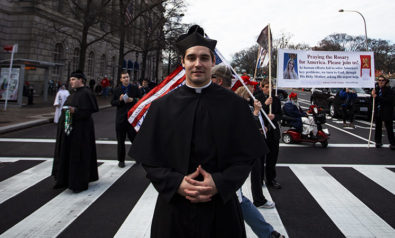 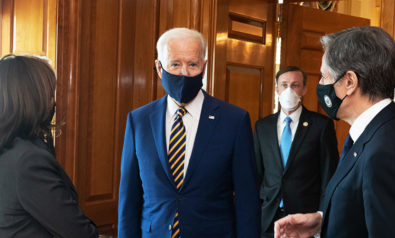 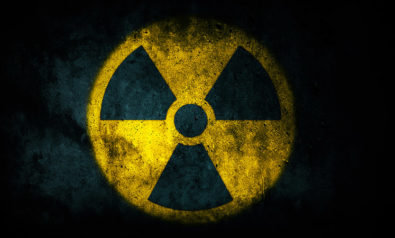