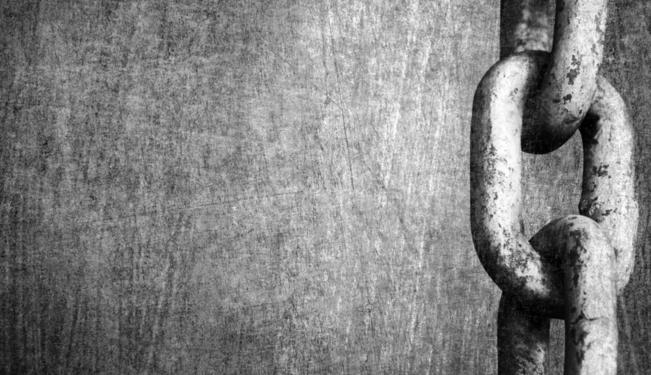 Sex trafficking has existed since the dawn of civilization.

The practices of sexual exploitation and sexual slavery are older than recorded history. Whenever a woman or girl — or man or boy — was without status or protection, he or she could have been subjected to sexual exploitation. The same is true today.

“Sex trafficking” is a modern term. It was coined during the second wave of the women’s movement in the 1980s, when female activists started protesting the exploitation of women and girls in prostitution and pornography. Debates raged for years among feminists about “free” and “forced” prostitution, and whether or not all prostitution should be included in the definition of sex trafficking.

In 2000, the United States passed the Trafficking Victims Protection Act (TVPA) and the United Nations adopted the Protocol to Prevent, Suppress and Punish Trafficking in Persons, Especially Women and Children. Since that time, there has been a universally accepted definition of sex trafficking.

The TVPA defines sex trafficking as a criminal act when a minor is used for a commercial sex act or force, while fraud or coercion is used to compel an adult (over 18) to perform a commercial sex act. The UN Trafficking Protocol does not use the term “sex trafficking” — it prohibits the use of force or coercion for the “exploitation of the prostitution of others” or the use of an underage child in prostitution.

The crime of sex trafficking does not cover sexual violence that is unrelated to commercial sex acts. For example, there are many examples of women, girls, and boys who are kidnapped, raped, and held captive, but unless they are used for a commercial sex act, they are not considered to be victims of sex trafficking. There are many other effective laws that can be used to prosecute the perpetrators of these other serious crimes.

The first movement against sex trafficking was launched in England by Josephine Butler (1828-1906), with the goal of repealing the Contagious Diseases Acts (CDAs). The CDAs required women in prostitution to be registered and periodically examined for sexually-transmitted diseases. If a woman was determined to be infected, she could be held until she was deemed to be “clean.”

It should be recalled that these practices took place before the development of germ theory, the scientific discovery that certain diseases were caused by “germs.” At that time, there were no antibiotics to treat the infections, nor was sterile equipment used for internal exams. Many women reported being abused and injured during exams. A “cure” meant that external symptoms went away. Police had the power to label a woman a prostitute and have her forcibly registered and examined, which meant the end of any social respectability and status a woman may have had.

Many of the reformers who joined the campaign against the CDAs came from abolitionist families, who had been opposed to the trade and enslavement of Africans. They saw the exploitation of women in prostitution, particularly the transportation of women and girls from one country to the other for use in brothels, as another form of slavery. Like their reformer ancestors, they also called themselves abolitionists. In 1875, international activists joined together to form the International Abolitionist Federation (IAF).

The first victory for the abolitionists within England was the repeal of the Contagious Diseases Acts in 1883. The international movement then lobbied for changes in other nation’s laws and for international agreements to ban the white slave trade. In 1904, the kings and queens of Europe signed an agreement entitled, the International Agreement for the Suppression of the White Slave Traffic. They agreed to combat the traffic of women and girls in their countries and colonies. A few years later, in 1910, thirteen countries signed the International Convention for the Suppression of the White Slave Traffic. The convention stated: “Whoever, in order to gratify the passions of another person, has procured, enticed, or led away, even with her consent, a woman or girl under age, for immoral purposes, shall be punished.”

A second article of the convention prohibited the use of fraud, violence, threats, or abuse of authority to compel a woman or girl into “immoral acts.”

After World War I, the newly-formed League of Nations took up the anti-trafficking work and passed another convention. Going into the 1920s, the fervor of the women’s and reform movements was fading, and with it went the energy to continue the battle against the traffic in women and girls.

Following World War II, the world was appalled by the enormous loss of life and atrocities committed against civilians, particularly the Holocaust in Europe. In 1948, the newly-formed United Nations adopted the Universal Declaration of Human Rights, which committed the countries that ratified it to respect the human rights of citizens.

The next year, in 1949, saw the United Nations adopt a new international agreement on the traffic of women and girls entitled, the Convention for the Suppression of the Traffic in Persons and of the Exploitation of the Prostitution of Others. It incorporated the new human rights language of dignity and worth of a person. The preamble states: "Whereas prostitution and the accompanying evil of the traffic in persons for the purpose of prostitution are incompatible with the dignity and worth of the human person and endanger the welfare of the individual, the family and the community…"

One of the most significant things about these historic agreements is that all of them make no distinction between “free” and “forced” prostitution. They even emphasize that “traffic” is to be prohibited, even if the woman consents to the exploitation. The 1949 Convention also requires all countries that ratified the agreement to prohibit the legalization of prostitution. This provision has been important in recent years when countries have debated the legalization of prostitution, only to be reminded that they signed the 1949 Convention that prohibits them from doing so.

Awareness of the traffic in women and girls was revived by the second wave of the women’s movement in the mid-1960s. Many feminists, particularly those who focused on violence against women, took up the fight by defining sex trafficking as the previous activists did: They included all commercial use of women and girls in prostitution and the production of pornography. By the mid-1980s, a second international movement against sex trafficking was underway.

At about the same time, another group emerged who called themselves “sex workers.” They wanted the right to redefine voluntary prostitution as “sex work,” and they opposed being seen as victims of sex trafficking.

Over the next decade, awareness grew and more groups across the political spectrum became involved in opposing the trafficking of women and girls. Advocacy groups urged governments to respond to trafficking by passing new laws to prosecute traffickers and to provide services for victims.

In the summer of 1997, a case of forced labor shocked the public, along with the anti-trafficking movement. Dozens of deaf mute Mexican men, women, and children were discovered in “virtual slavery” in Queens, New York. Deaf people were recruited in Mexico and transported to New York, where they were forced to peddle trinkets on the street and turn over all proceeds to a family-operated trafficking ring.

This case changed how people thought of “trafficking.” After this case, trafficking was no longer restricted to the “trafficking of women and girls for prostitution,” but instead expanded to include forced labor and was referred to as “trafficking in persons” or “human trafficking.”

As laws and a new United Nations convention were drafted, the focus shifted from sex trafficking to trafficking in persons. In the US, trafficking started to be called “modern-day slavery.” When the draft TVPA became an anti-slavery law, the definition had to conform to slavery standards — meaning force, fraud or coercion had to be the means used to compel either forced labor or a commercial sex act. Any consensual sex acts between adults were excluded from the law. A legal distinction was made between “free” and “forced” prostitution.

Although the legal definition of sex trafficking is now set and widely accepted, the debate over the nature of prostitution and the laws and policies that apply to it are not settled. A new focus is on the “demand” for prostitution, which means holding men accountable for purchasing sex acts.

There are campaigns and increased police effort to stop “the demand” for prostitution. Police are getting better at identifying victims of trafficking. Underage girls or boys in prostitution are no longer seen as juvenile delinquents selling sex. Rather, they are being seen and treated as victims of sex trafficking. And many of the women, whom police thought were acting freely, were found to be controlled by pimps when interviewed with sensitivity. Even countries like the Netherlands and Germany, where the legalization of prostitution was supposed to eliminate sex trafficking, are discovering that traffickers still control much of the sex trade.

It should be the goal of people active in the present movement to maintain focus on the harm of sexual exploitation, until the problem is better understood — and until there are more comprehensive laws to hold men who sexually exploit victims accountable, and services in place to assist victims of trafficking and those attempting to escape prostitution.