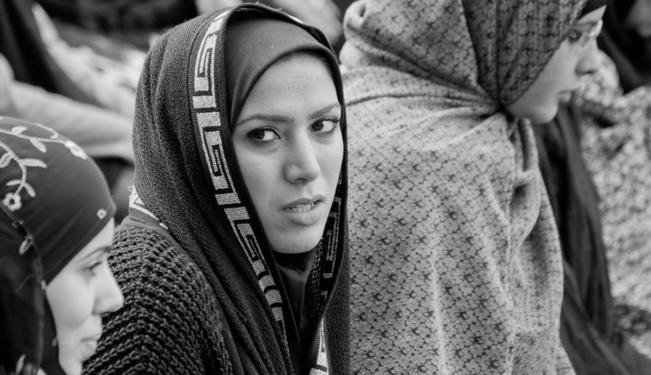 Hostility between Sunnis and Shi’as has taken on an increasingly political core. This is the last of a two part series. Read part one here.

This being said, gauging from personal interactions with many people hailing from both sects as well as the world of Twitter and Facebook, there is undoubtedly a growing sectarian mindset amongst the ordinary people of the Middle East today. Many Sunnis in Baghdad will find it hard to forget stories of the infamous Shi’a "death squads" that stealthily roamed the city at the height of sectarian violence between 2006 and 2009, and exterminated Sunnis for reasons as simple as having a Sunni Muslim name such as "Omar."

Reports of Sunnis carrying two ID cards showing both Shi’a and Sunni Muslim names, as well as learning the names of all 12 Shi’a Muslim Imams, were not uncommon — namely because Shi’a death squads would routinely request people to recall the 12 Imams at checkpoints dotted all over Baghdad if they doubted their sectarian affiliation.

Likewise, Iraqi Shi’a will never forget the torture, assassinations, acid baths and mass graves (more are still being discovered to this day) that disfigured Iraq during Saddam Hussein’s Sunni reign, nor the constant indiscriminate suicide bombings (albeit mostly Wahhabi inspired), which have resulted in almost every single family or tribe being able to list members among their victims.

Sunnis in Syria who oppose the current regime will not forget the decades of intimidation, torture and, at times, brutal crushing of dissent by the Alawite (an offshoot sect of Shi’ism) Assad dynasty — in a country demographically dominated by the Sunni Muslim sect — and the seemingly sectarian support of the regime from the likes of Hezbollah, once championed as the frontline fighters in the conflict with Israel.

Conversely, the Shi’a Muslims in Syria will point to atrocities being carried out by the various factions that make up the Syrian rebel force opposed to Bashar al-Assad as evidence of the inherent sectarian nature of the opposition. Videos now widely circulating the Internet show rebel forces, including the al-Qaeda-linked Jabhat al-Nusra and the Free Syrian Army, routinely beheading civilians and army personal alike before parading their heads like trophies.

The Shi’a Muslim community in Saudi Arabia will not forget ruthless crackdowns on anything that resembles dissent from the disenfranchised community who lives in relative poverty, whilst living on top of the oil fields of the western-backed authoritarian kingdom.

The Saudi authorities currently have leading Shi’a Muslim cleric Nimr al-Nimr in detention, following his public tirades against the regime. Little or no information about his health or whereabouts have been released.

Division, Cooperation, and Calls for Unity

In amongst all of this, however, are many cases of cooperation, which stand in stark contrast to the view of two sects forever at one another’s throats. Further pouring scorn onto the narrative is Shi’a Iran and Hezbollah’s continued financial, social and military support for Sunni Palestinian resistance groups. Moreover, the Shi’a Mahdi Army militia sent a relief convoy of fighters to the Sunni city of Fallujah during the fierce fighting with US forces during 2004, and the gesture was returned by the Fallujans to the embattled Sadr City suburb of Baghdad. Finally, let us not forget that the al-Iraqiya list, whose main support base is that of Sunni Muslims across Iraq, ran in the previous parliamentary elections and won 91 out of a possible 325 seats. Moreover, a Shi’a Muslim, Ayad Allawi, heads the al-Iraqiya list.

Possibly the most important factor here is the distinction between mainstream Sunni Muslims and the more Takfiri (Muslims who accuse others of apostasy) type who fall prominently under the Wahhabi or Salafi sects. The Wahhabi doctrine can be considered an offshoot of one of the main Sunni schools of thought which include Hanbali, Shafi, Maliki, and Hanafi.

The majority of Saudi Arabia adheres to this puritanical and strict interpretation, with growing numbers of adherents all over the world funded by petro dollars. Shi’a Muslims generally differentiate between the average Sunni and the Wahhabi, which is why the Shi’a Muslims of Iraq have not seriously flexed their muscle in the country in terms of retaliation against the constant bombings and destruction of the Imam al-Askari shrine in Samarra in 2006.

In fact, the most prominent Shi’a Muslim cleric, Ayatollah Sistani, forbade his followers from retaliating against Sunni Muslims and, with his characteristically mellow approach, exclaimed:

“Differences between Shi’a and Sunnis are in jurisprudence issues, which also exist between the people of the same sect… Sh’ia have to defend the social and political rights of the Sunnis before the Sunnis themselves. Our call is for unity; and I said that before, but still say it, do not say our Sunni brothers, but say ourselves. I listen to the Sunni Friday prayer leaders more than I listen to Shi’a Friday prayer leaders. We do not distinguish Arabs and Kurds. Islam is what unites us.”

Now, if these were the words of arguably one of Shi’a Islam’s most revered and followed living clerics, then this piece of the jigsaw is somewhat difficult to place in the all-out sectarian clash narrative.

Additionally, in 1959, the head of the prestigious Sunni Muslim al-Azhar University in Cairo, Mahmood Shaltoot, said in a fatwa:

This paints the picture of two sects that wish to live in unity and harmony, but are pressured into fighting by certain groups and movements aided by influential media outlets. This is not a huge distortion of reality. However, the rift has deepened to such an extent that words from the mainstream and more moderate voices are harder to come by.

This was evident when the Egyptian Sunni Muslim cleric Yusuf al-Qaradawi, in an overture to the Wahhabi clerics in Saudi Arabia, recently backtracked on his previous support for Hezbollah and commented on uniting the Islamic sects in light of the Syrian conflict by saying:

“I believed things were as they seemed to be. I wanted to unite all Muslims; Muslims fighting against Israel, how can I support Israel? But it seems that the scholars – may they rest in peace if they died, and may God bless them if they are still alive – they were smarter than me… Those, whom I defended, went and killed their brothers in Syria. We thought that they were our brothers, but apparently they are not.”

The Sunni vs Shi’a battle in recent years can be explained as such. The big players on the board — who are not necessarily from the region, such as the US, France, Britain, or countries from within the region such as Saudi Arabia, Iran and Turkey — have their own economic interests and political differences (sometimes spurred on by religious differences), who then summon their generals to polarize their respective pawns based on sectarian lines (the people) to fight and be killed whilst they consolidate any gains. Of course, some of these pawns need no polarization and, in fact, manage to polarize the other pawns (as is the case with Wahhabi fighters). In short, the players remain the same but the pieces and the board are clearly not as black and white as we thought.

Ghanim Hashem Kudhir, who teaches Modern Islamic History at Baghdad’s Mustansiriya University, summed up this phenomenon very well, when he told Time magazine: “Their sect is nothing more than a uniform, a convenient way to tell friend from enemy. What binds them is not religion, but common historical experience.”

Ali bin Abi Talib, the fourth Rightly Guided Caliph of Sunni thought and the First Imam of Shi’a thought, in words that have graced UN conferences through Kofi Annan, said: “A person is either your brother in faith or your equal in humanity.” One would hope that the people of the Middle East and the world, for that matter, take heed because there is no checkmate in sight.