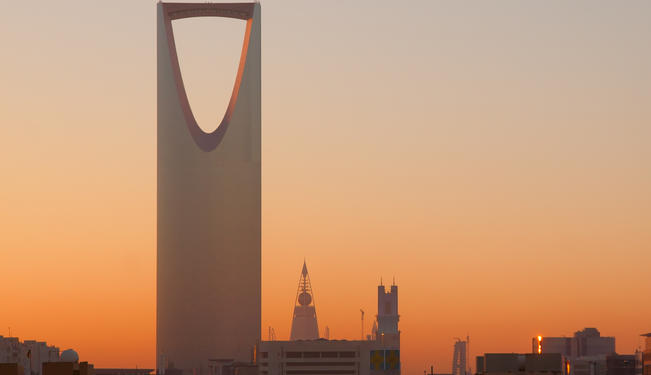 The rivalry between Saudi Arabia and Qatar will not cease to be a factor affecting events in Syria. This is the last of a two part series. Read part one here. [Note: This article was originally published by The Jamestown Foundation.]

The roots of the Saudi-Qatari rivalry run deep. In spite of their vast size discrepancy, Saudi Arabia and Qatar share many attributes. Both countries are parties to entrenched and multifaceted strategic relationships with the United States. Each also boasts tremendous energy wealth – Saudi Arabia is the world’s largest exporter of crude oil, while Qatar is the world’s top exporter of Liquefied Natural Gas (LNG). Saudi Arabia and Qatar have also amassed huge reserves of international currency. Both operate monarchical systems of governance marked by varying degrees of authoritarianism, and promulgate a common ideology derived from ultraconservative Wahhabist and Salafist philosophies.

Yet, the sum of these commonalities conceals a multitude of divergences on questions related to foreign policy. The disparate reactions by Saudi Arabia and Qatar to the wave of popular revolutionary upheaval that gripped the Arab world in late 2010, are exemplary cases in point. Fearing the potential of a grassroots revolt by its own people, Saudi Arabia viewed the calls for freedom, justice and democracy by Arab and Muslim publics with great trepidation. Saudi Arabia’s fears about the changing geopolitical landscape in the Middle East were compounded when the United States appeared to assent to the fall of Tunisian President Zine al-Abidine Ben Ali and Egyptian President Hosni Mubarak. In contrast, Qatar viewed the wave of uprisings as a chance to enhance its regional posture, and expand its influence globally.

Despite its diminutive stature, Qatar has employed an ambitious and aggressive foreign policy, that has allowed it to wield tremendous regional and international influence that far transcends its tiny geography and population. Qatar has effectively leveraged its wealth through institutions such as its network of Sovereign Wealth Funds (SWFs). It has also relied on instruments of soft power, including the Al-Jazeera satellite television network, which is owned and operated by the Qatari royal family, to throw its weight behind the political opposition movements that have upended the status quo. Despite Qatar’s stance on the crisis in Syria today, it was not too long ago that Doha enjoyed a relatively amicable relationship with Syria, Iran, and Hezbollah while serving as a mediator between regional and international rivals. Qatar, in essence, has excelled at engaging numerous and contradictory actors, including the United States; Qatar serves as host to a forward headquarters of the US Central Command (CENTCOM).

Qatar also has a history of challenging Saudi Arabia. At one time, Al-Jazeera provided members of the Saudi political opposition operating in exile with a forum to address Arab audiences. Qatar has also sought to circumvent Saudi Arabia’s preeminent position in the energy sector, by proposing the development of a network of natural gas pipelines that would transport Qatari natural gas to Turkey and Europe. Many of the most economically feasible proposals involving pipelines originating from Qatar, would involve traversing Saudi territory. This gives Saudi Arabia tremendous leverage over Qatar. The fact that Qatar shares the South Pars natural gas field – the world’s largest – with Iran is another point of concern for Saudi Arabia.

Qatar’s interest in enhancing its ability to expand its natural gas footprint, is often mentioned as a motivating factor in its strategy toward Syria. However, it was Qatar’s support for the numerous Muslim Brotherhood-affiliated associations and political parties in countries such as Tunisia, Egypt, Libya, and eventually Syria, that drew the ire of Saudi Arabia. Qatar’s strategy also coincided with Turkey’s approach to the region. The electoral victory of now-ousted Egyptian President Mohammed Morsi’s Freedom and Justice Party (FJP), helped midwife what came to be viewed as an axis between Qatar, Turkey, and Egypt.

Saudi Fear of the Muslim Brotherhood

Saudi Arabia has a deeply authoritarian regime that is witnessing growing displays of resentment and anger by disaffected members of its own population. This includes a sizeable segment of its youthful, politically aware, and social media savvy population that is calling for greater freedom and reform, along with a sizeable Shi’a minority that faces severe discrimination by a political and religious establishment that views them as heretics and apostates. Consequently, Saudi Arabia fears the precedent of a democratic, modern, and Islamist-oriented movement that can organize political action. It should come as no surprise that Saudi Arabia, along with the UAE and Kuwait, has welcomed Morsi’s fall in Egypt. Democracy, by definition, severely threatens the viability of the royal family as the dominant political and economic entity.

Saudi Arabia also harbors concerns over the potential return of Egypt as a major geopolitical player in the Middle East. Egypt’s limited rapprochement with Iran and Hezbollah under the FJP is a case in point. In the long run, Egypt may reemerge to challenge Saudi Arabia and rekindle their natural rivalry. Qatar, on the other hand, due its tiny population – almost 80% of Qatar’s population of 2.5 million is made up of foreign nationals – is relatively insulated from the kind of domestic opposition that threatens its neighbors. On account of its small size, it is also agile enough to recalibrate its foreign policy to benefit from what are often conflicting and contradictory regional interests.

Foreign actors will continue to be instrumental in the course of events in Syria. Despite Saudi Arabia’s apparent efforts to rein in segments of the insurgency deemed to be threatening to the wider region, the Syrian insurgency is operating through its own inertia. The reconstitution of al-Qaeda-affiliated elements in Iraq that are making forays into Syria raises another set of important challenges. It is also unlikely that the rivalry between Saudi Arabia and Qatar will cease to be a factor affecting events in Syria. Meanwhile, the Ba’athist regime, emboldened by a series of major military gains over the last few months, is likely to prefer having to deal with an opposition operating under Saudi rather than Qatari auspices. Among other things, Syria may be calculating that Saudi Arabia’s growing anxiety over the course of the insurgency and its impact on regional stability, may provide a window of opportunity for some sort of agreement to end the crisis.