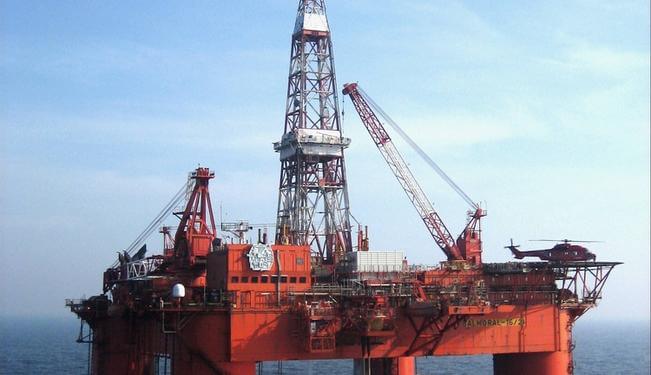 The SNP has unveiled its independence white paper. But how realistic are its tenets?

Scotland joined England over 300 years ago after the Acts of Union were signed in 1707, following Scotland’s failed attempt of colonizing Panama that left the country nearly bankrupt. Now, the citizens of Scotland have the opportunity to decide whether the country should become independent again through a referendum on September 18, 2014.

The independence debate has been around for a long time but rose to prominence in 2011 after the Scottish National Party (SNP), led by Alex Salmond, won an outright majority in the Scottish parliament.

On November 5, 2013, I had the opportunity to attend the launch of “Academics Better Together” – a group campaigning against independence. Many important issues were raised, such as education, public services, security, and so on. Amongst the speakers was Alistair Darling — a Labour Party politician, former chancellor of the exchequer, and leader of the Better Together campaign — who believes that Scotland has more influence and opportunities as being part of the United Kingdom.

Among the many arguments for and against independence, GDP, North Sea oil, currency, finances and the entrance to the European Union (EU) are central to the overall debate. According to the SNP’s pocket guide Choice, there are ten main pro-independence points. But how solid are they?

The Issue of Debt

In 2013, the UK experienced one of the highest GDP growth rates among European member states. According to the European Commission, the UK’s GDP growth rate in Autumn 2013 was 1.3% along with Poland and Estonia. If Scotland separates itself from the rest of the UK, this figure might change. Scotland will have to assume part of the UK’s national debt, which is estimated to be approximately £1.39 trillion.

I posed this question to Darling, who answered that the national debt of the UK would most likely be divided based on the share of population.

As of mid-2012, the Office for National Statistics (ONS) estimates the UK population to be at 63.7 million. Of this figure, 5.3 million people live in Scotland. According to a report of the Select Committee on Economic Affairs of the House of Lords, Scotland will have to shoulder its share of the UK national debt, which would amount to around £93 billion, based on the share of population. While this is considerably less than the overall UK debt, Scotland’s GDP makes up only 10% of the United Kingdom’s combined GDP, meaning that this will have a significant economic impact on an independent Scotland.

However, the SNP’s argument is that Scotland has enough revenues coming from North Sea oil and gas to cover its expenses. The SNP claims this asset is worth £1 trillion and that it will last for another 40 years. Their plan, as stated in the Choice guide, would be to create an oil fund with the revenue and use it as an asset to borrow against.

But there are a number of fundamental problems with this argument. One major issue of relying on oil is that it is a volatile resource, as admitted by SNP Finance Minister John Swinney in a leaked paper to the ministers of the Scottish government: “[The] high level of volatility creates considerable uncertainty in projecting forward Scotland’s fiscal position.” There is no guarantee how long the oil and gas supplies will last and it is very difficult to predict annual production figures.

Another important issue with regards to North Sea oil, according to the House of Lords, are the costs of decommissioning exhausted oil fields. Currently, the UK shares this cost, but an independent Scotland would see a considerable reduction in its revenues as a result. Even though Scotland receives a lot of revenue from oil, this resource is unpredictable and would more than likely not make up for the subsidies received from the British Treasury

In the light of this, it is hard to see what sense there is on basing a large majority of an independent Scotland’s economy on North Sea revenues. These revenues currently allow more public spending per head of population in Scotland as opposed to England. However, by putting this money in an oil fund instead, public spending would decrease and cuts will have to made. The question is, which budget will be cut? The SNP have yet to answer this question.

Scotland and the EU

Another vital question concerns Scotland’s place within the European Union. The SNP Choice guide states: “Scotland would remain part of the EU. EU law doesn’t allow for Scotland to be unilaterally kicked out on independence. And, EU law also makes clear that Scotland can’t be forced to join the euro.” But how true is this statement?

This is important for a number of reasons. Currently Scotland, as part of the UK, is part of an EU member state. However, if Scotland were to become independent, then it would no longer be part of the UK, nor arguably the EU. This is contested by the SNP. A territory seceding from an existing EU member state is unprecedented but, according to the EC, the European treaties would no longer apply.

That is not to say that Scotland could not join the EU after becoming independent, but simply that automatic entry, or continuing as part of the EU as it already is, would not be allowed by the EU commission or by member states. As reported by the BBC, former EU Commission President José Manuel Barroso said in relation to Scotland’s independence referendum: “A new state, if it wants to join the European Union, has to apply to become a member like any state. In fact, I see no country leaving and I see many countries wanting to join.”

An interesting problem in regards to an independent Scotland’s EU standing is that, if it were to be allowed back in, it would set a precedent for other EU independence movements such as those in Belgian Flanders and Spain’s Catalonia and the Basque region. As a result, it is entirely possible that countries like Belgium and Spain would vote against its re-entry to discourage such movements.

Borders, Free Markets, and the Queen

The SNP also mentions in its Choice guide that by being an EU member, Scotland would be able to access the free market. For this to be true, Scotland would have to be accepted as a member — the application process for which might last years. According to Darling’s research as reported in the Telegraph, the average waiting time for a country to be accepted as an EU member is ten years, not the 16 months previously mentioned by Salmond.

The Choice guide also mentions that the Queen would continue being the head of state and that the currency would remain unchanged. It is quite clear why the SNP would state this; the current monetary union within the UK allows for Scottish businesses and industries to have access to wider UK markets, due to the common currency and financial system.

However, the aforementioned report of the House of Lords suggests that if an independent Scotland continued to use the pound as its currency, it “would raise complex problems of cross-border monetary policy, multiple financial regulators and taxpayer exposure and could only come about, if at all, on terms agreed by the UK Government.”

In others words, the idea of an independent Scotland simply continuing to use sterling as its currency is not as simple as it may seem. It comes with myriad problems and complications which the SNP has yet to elaborate on.

Realistically, the only option for Scotland to continue using the pound with no central bank of its own, would be to link its currency to the Bank of England rates which, after independence, would be a foreign bank. As mentioned in the Financial Times, the UK government is highly unlikely to allow UK taxpayers and the Bank of England to be a lender of last resort to a foreign country.

To paraphrase Darling, what sort of independence is that?

Observing the Possibility of Scottish Independence