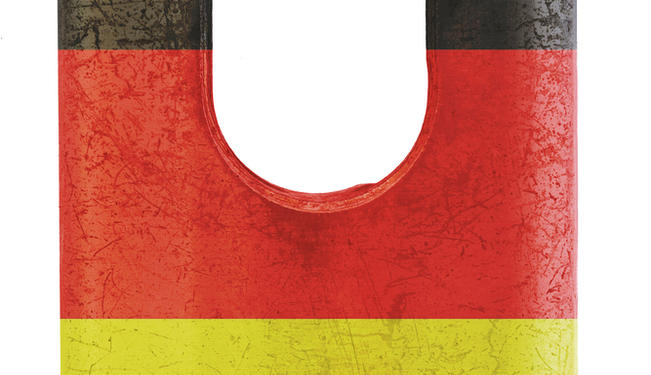 In light of the German prostitution model, the abolitionist movement holds many shortcomings.

“If you want to get rid of human trafficking, you must first abolish prostitution.”

This message has successfully spread across the world in the past years. In Europe, the idea of prostitution as “violence against women” and as inherently harmful has been supported by many feminist organizations, in particular by the European Women’s Lobby. In their view, women in prostitution are, by definition, objectified, degraded, beaten, abused and raped. Therefore, a woman could never choose freely to work in the sex industry; prostitution, by definition, cannot be considered as “work” — only exploitation — and the violence these women experience is seen as part of the so-called “system of prostitution.”

The Shortcomings of Contemporary Abolitionism

Contemporary Abolitionism, as described above, is the wrong approach to both prostitution and human trafficking for a number of reasons. First, describing prostitution as “violence against women” is a “one-size-fits-all” approach that generalizes prostitution and forces all its manifestations into one single category.

This prevents abolitionism from even conceiving of the many different and complex experiences both sex workers and victims of human trafficking face. Sex workers have many reasons for offering sexual services. True, some may not be happy with sex work, but they may be even less satisfied with other job opportunities that are open to them in their own countries. Similarly, human trafficking may be fueled by migration and labor regimes that make the lives of migrants vulnerable, rather than by actual violence.

Second, abolitionism does not solve the problem of violence which, more often than not, stems from the criminalization of sex workers and migrants, and the lack of rights that goes with it. In fact, research has shown that criminalization of sex workers makes them more vulnerable to instances of abuse and exploitation, including human trafficking.

Treated as criminals, victims of human trafficking for sexual exploitation risk remaining undetected and even further victimized by prison sentences. This has been the case in the recent FBI sting operation in the US where minors were arrested for prostitution. In the name of abolition, feminist and abolitionist organizations have supported police raids and police action in the fight against human trafficking. This is true even for those countries where the police is infamously corrupt and prone to abuse and sexually assaulting vulnerable populations such as sex workers, without ever being punished. Such policies hurt sex workers and victims of human trafficking alike. And, most certainly, they should not be called “feminist.”

By contrast, countries that treat sex work as legal labor have lower incidences of violence against sex workers. In these countries, sex workers’ working and living conditions have generally improved. The best example is New Zealand, where even migrant sex workers are protected by law and where a liberal approach has neither increased the number of sex workers or victims of human trafficking. With the recognition of sex work as labor come many rights, such as access to health services, the social system and, in New Zealand, access to residence permits for migrant sex workers. Most importantly, decriminalization grants access to the legal system in case of rape or abuse by clients or the police.

Third, abolitionism is deeply heteronormative. While sex workers are of many genders and do not only cater to male heterosexual clients, the framework of “violence against women” strengthens the invisibility of male and LGBT sex workers. Their experiences and lives will most certainly not fit into this framework, and are excluded from the public and political debate. Experiences and stories of male victims of human trafficking for sexual exploitation (or other genders) remain largely unaddressed. As UNIAP points out, they are "underserved" victims.

Fourth, abolitionism is premised on the paternalistic assumption that no women would ever choose sex work and that (male) demand is the main cause for “prostitution.” The very idea of “a Europe free from prostitution,” as envisaged by the European Women’s Lobby, assumes that after criminalizing the “demand” (i.e. male heterosexual clients), sex workers would stop accepting money for sex or actively offering sexual services.

However, unless one wants to exterminate all (potential) sex workers, there will never be a Europe free from prostitution, because there will always be sex workers. Just take a look at Sweden, where “prostitution hasn’t gone away; it’s simply gone underground.” There can only be a Europe where sex workers can work freely and in a secure environment when the laws actually protect them, and when they do not have to fear violence, stigma and discrimination.

Furthermore, the Swedish model does not seem to have reduced human trafficking for sexual exploitation by criminalizing clients. So far, the most recent police report shows that clients still get away with a fee, while “to date, no one has been sentenced to imprisonment,” thus casting doubt about the intentions to effectively implement the law.

According to the most recent statistical report by the EU Commission, the numbers of identified victims of human trafficking for sexual exploitation is no more encouraging. In 2010, 0.8 victims per 100,000 capita had been identified – this is the same number for Germany, too. And while everyone, including law enforcement, looks at prostitution, people forget about forced labor and exploitation in other industries.This is true for the United States, and also for Germany.

Fifth, abolitionism refuses to accept sex workers’ rights advocates as political actors. Discriminatory terms such as “prostitution lobby” or “sex industry lobby” are used to discredit legitimate political demands sex workers have and to exclude them from policy-making processes. Policies to “end demand” are very often created and implemented without consulting actual sex workers, as has been the case in Sweden.

In a liberal democracy, however, sex workers do have a right to political participation. Denying this fundamental right, based on the idea that prostitution is inherently bad, runs the risk of eroding the democratic principles on which European societies are founded upon.

Sex Work as Labor, But Not Quite: The German Model

When it comes to Germany, both national and international media have been keen to find anything that might cast doubt on the effectiveness of Germany’s liberal approach to prostitution, and declare its failure. Especially in countries with a traditionally repressive stance towards prostitution and sex workers, critics of liberal policies, including abolitionists, used the news of the presumed failure of the German system to oppose decriminalization of sex workers and its recognition as labor.

Technically, prostitution was never really prohibited, except for a few years in the middle of the 19th century. However, while considered to be immoral, prostitution has been tolerated and regulated in different ways throughout the past century and even to this day. In fact, the federal structure of Germany’s legislation still makes it hard to know where prostitution is actually legal and where it is not – yes, prostitution is de jure illegal in many places.

Until 1927, female prostitutes were forced to register with the police, allowing them to work freely, while at the same time being denied other citizens’ rights, such as free movement – even when they were not working. With strong support from the early abolitionist women’s movement, prostitution was completely decriminalized in 1927, as police control was seen as a violation of women’s human rights.

From 1927, until the most recent prostitution law, sex workers were forced to register with health care offices, where they could be forced to undergo health checks, even without their consent – a law that was abandoned before the new prostitution law was passed. As it turned out, the percentage of sex workers having sexually transmitted infections (STIs) was not higher from that of the average population.

Since 1964, income of female prostitutes has been liable to taxation, while they had no rights to social security, health insurance or other labor rights until the new law was passed in 2002. Brothels also existed throughout the 20th century in Germany, even if (at times) they were illegal – the police tolerated them in order to better control the prostitution scene. When prostitution was “legalized” in 2002, it had been de facto legal for a long time, at least since 1927.

Regarding human trafficking law, one of the greatest concerns remains that identified victims of human trafficking are denied appropriate pre- and post-trial support as well as an appropriate residence permit. In fact, Germany, and all other European nations for that matter, should take a look at the Italian model of victim protection, where assistance is not conditional on the cooperation with the authorities and that allows third-country victims of human trafficking to stay in Italy legally and to participate in social and integration programs.

In Germany, it is both the incomplete legalization of prostitution on the one hand, and the lack of adequate victim protection legislation on the other, that may be the actual reasons why the country is failing both sex workers and victims of human trafficking.

While Germany’s law has many weaknesses, one of which is the failure to fully implement the law, one can argue that it has in fact reduced violence against sex workers. The strengths of a liberal approach become clear once we compare the overall situation of sex workers in Germany with those in many other countries where prostitution is criminalized. With the income from sex work come fiscal obligations, but also the right to social security and health insurance. In addition, if raped – even by the police – sex workers can and will report it, as was the case in 2011.

If prostitution is criminalized, access to justice, especially if perpetrated by police, is impossible and renders sex workers even more vulnerable to arbitrary treatment. This is true even in countries where only clients are criminalized. Addressing violence against sex workers means creating laws that protect sex workers in every possible instance of violence and abuse — laws that allow sex workers to sue the perpetrator and to receive justice without fear. Abolitionism remains blind when it comes to single instances of abuse, as it only sees the logically impossible goal of making prostitution disappear.